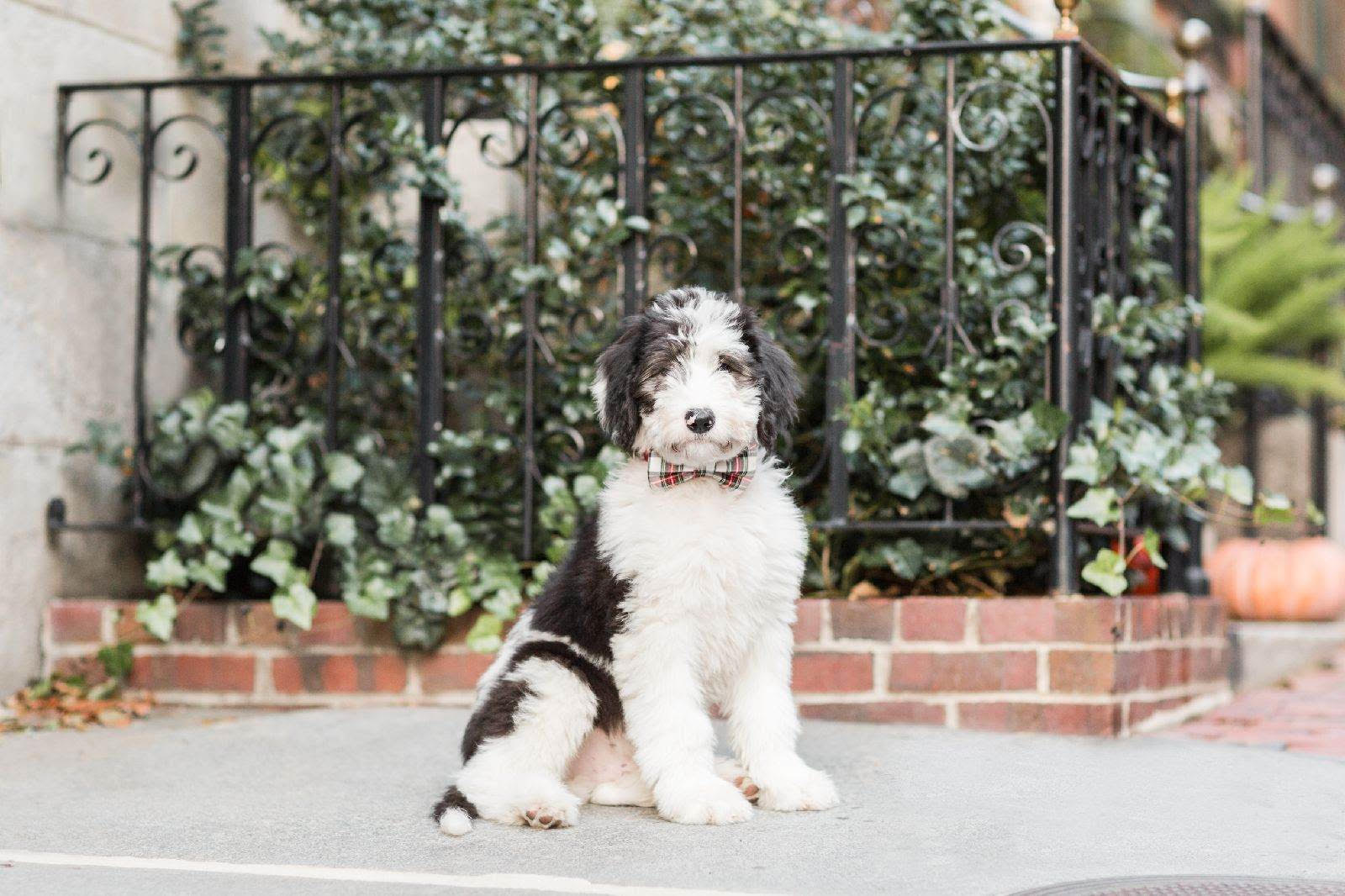 By Courtesy of Lauren Dobish

Meet the Canines of Kirkland House

Meet eight of Harvard’s fluffiest and friendliest.
By Lourdes Kaufman

Harvard may have a world-renowned student body and faculty, but it’s our community of incredible dogs that really makes us one-of-a-kind. Kirkland House in particular boasts a considerable line-up of canines. Here are eight of Harvard’s fluffiest and friendliest. 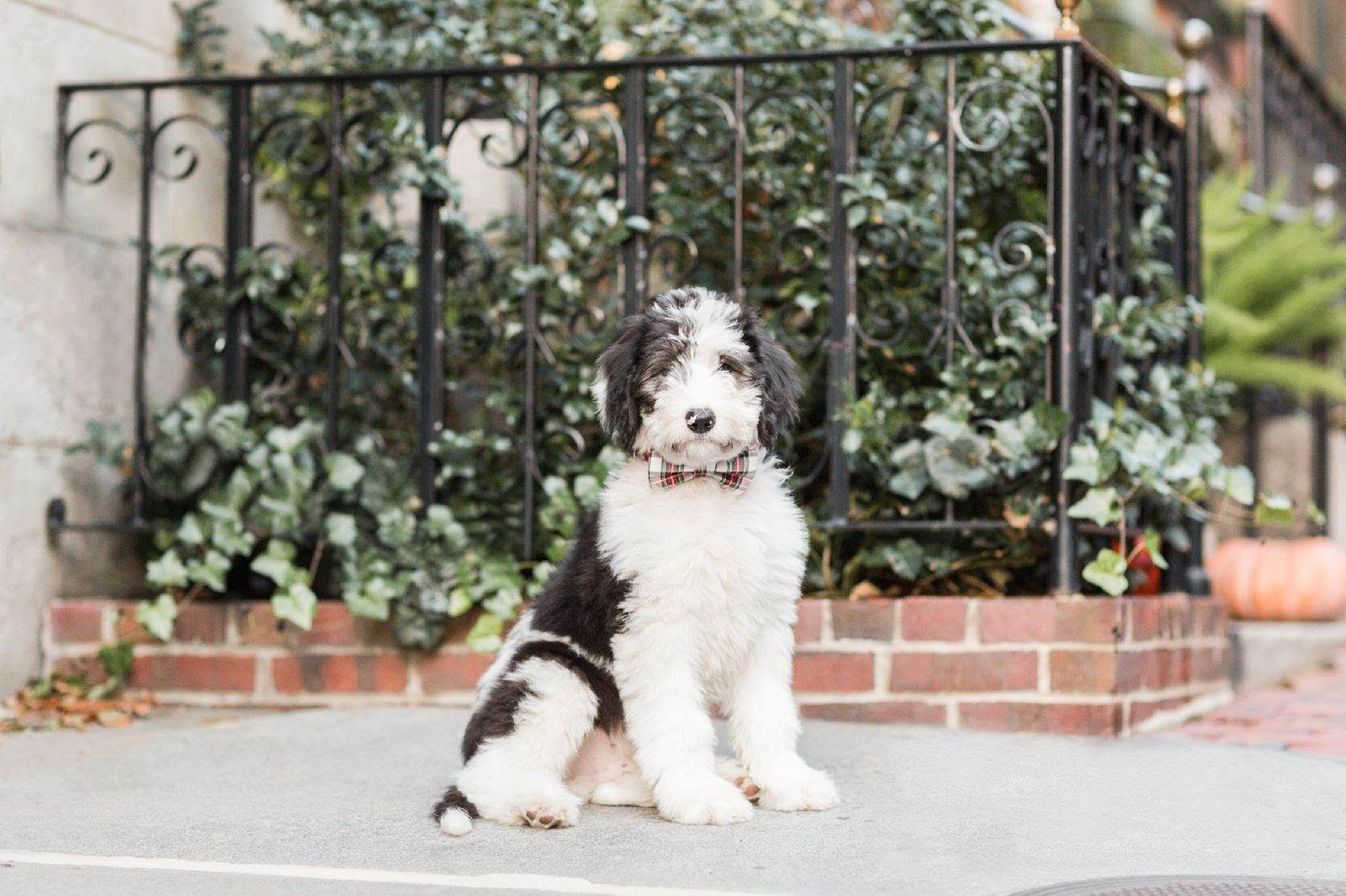 Boogie. By Courtesy of Lauren Dobish

We begin with Boogie, the new face of the Kirkland Canine Clan—he moved in this past October. Boogie is a sheepadoodle (a mix between an Old English Sheepdog and a Standard Poodle), and is just about 20 weeks old. We are excited to get to know all of of the quirky things about our newest pup…look out for him on Dunster Street! 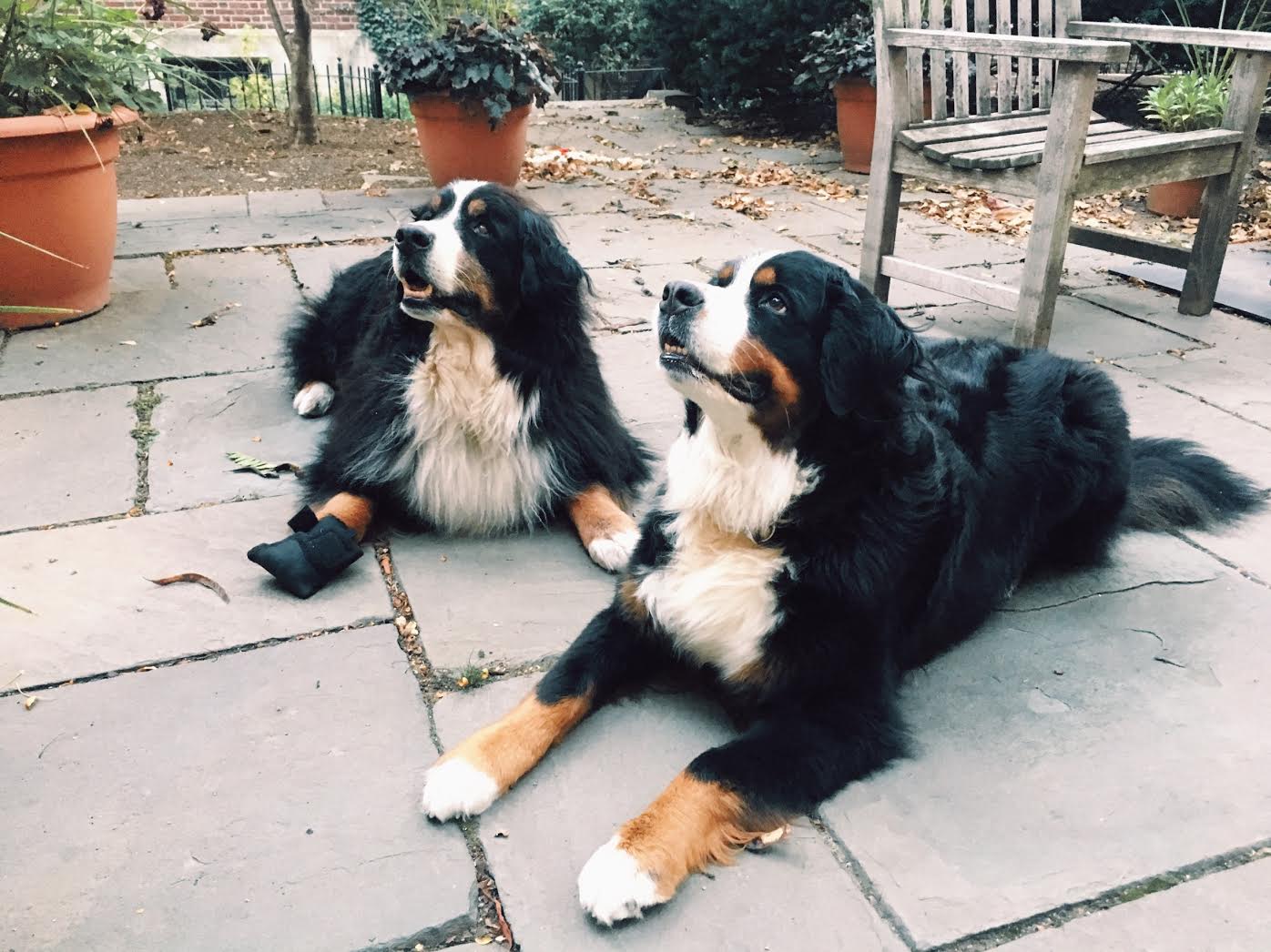 Nicknames/Origin of name
Max: Short for Maximilian.
Bella: Tom was reading a French poem, and “bel œil,” meaning “beautiful eye,” stood out, since their new pup had such beautiful eyes. Bella sounded similar to the French phrase!

Favorite Human Food
Max: Huge counter surfer. Loves loaves of bread, pizza, sausages, and oranges (with the peel). Whatever is on the table.
Bella: A bit pickier than Max.

Tricks?
They both will give you the classic paw.

Origin story
Max: Tom and Verena previously owned 2 dogs, Jesse and Brandy. When Brandy passed away, Jesse became depressed, so they got Max to keep her company.
Bella: Their cat, Joe, passed away suddenly, so someone offered them Bella. They accepted the dog!

Something quirky (because it’s Kirky)
Max loves to be groomed and coiffed.
Bella hates it. 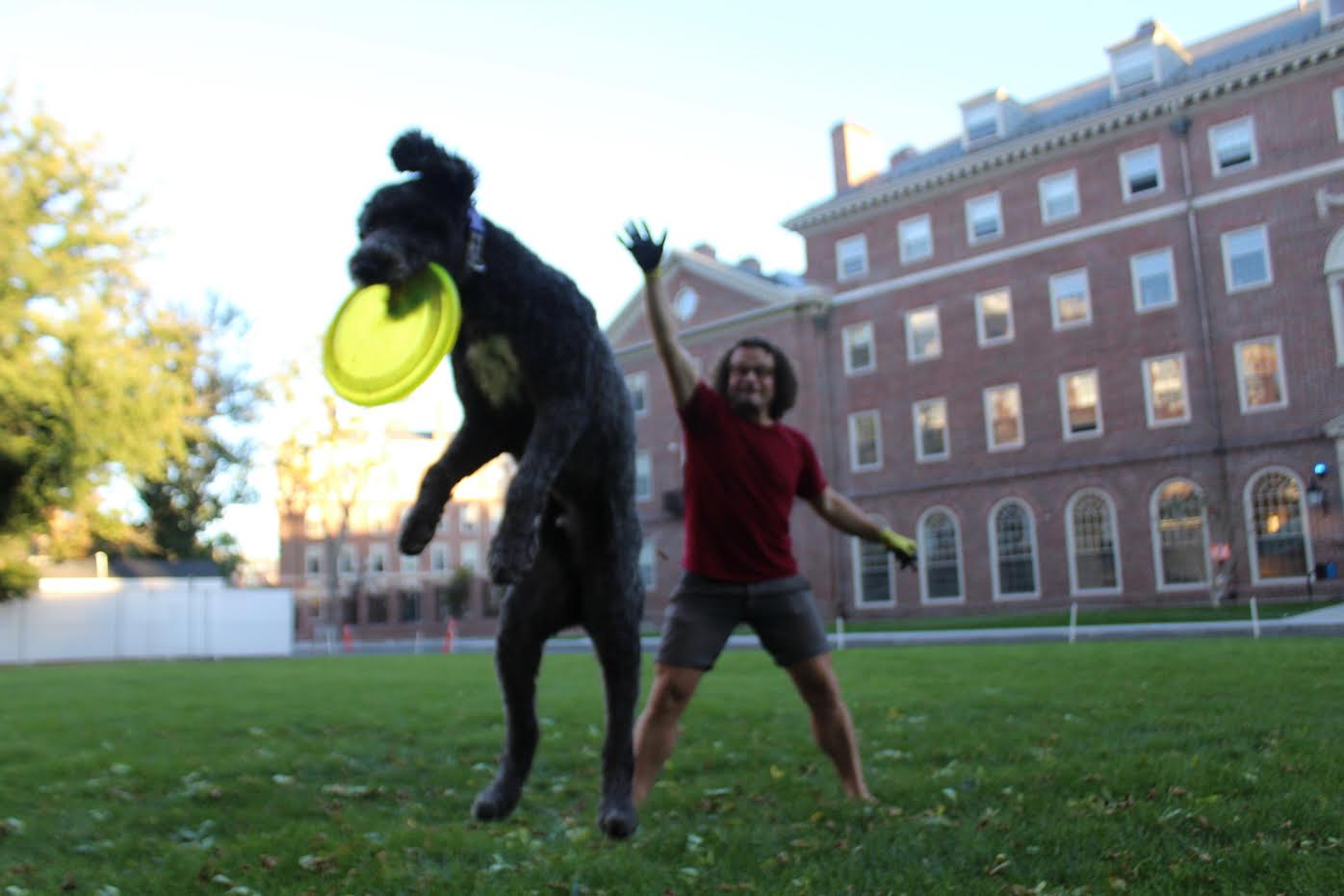 Age
2 and a half years

Tricks?
Tons of frisbee tricks. Flip, catch, through the legs, above the legs, behind the back. Baby Don can jump, that’s for sure.

Origin story
Kim and Axel were living in an apartment before they became tutors at Kirkland. They knew they were going to move to Kirkland House, but couldn’t have a dog in the apartment they were living in at the time. They tried to ignore all of the dogs up for adoption, but Axel succumbed, and looked into Poodle Rescue New England. They found Donovan, a purebred standard poodle for rescue (which is extremely rare, as they usually cost thousands of dollars). The couple put in an application, and the next day, they got a phone call from the foster parents, saying they were the perfect parents! So, they convinced their landlord to let them keep Donovan before the move.

Something quirky
He sleeps with half of his body on the couch (back legs on the couch), or sleeps like a bridge across the couch and ottoman.
When he’s bored he starts listening for words he knows. 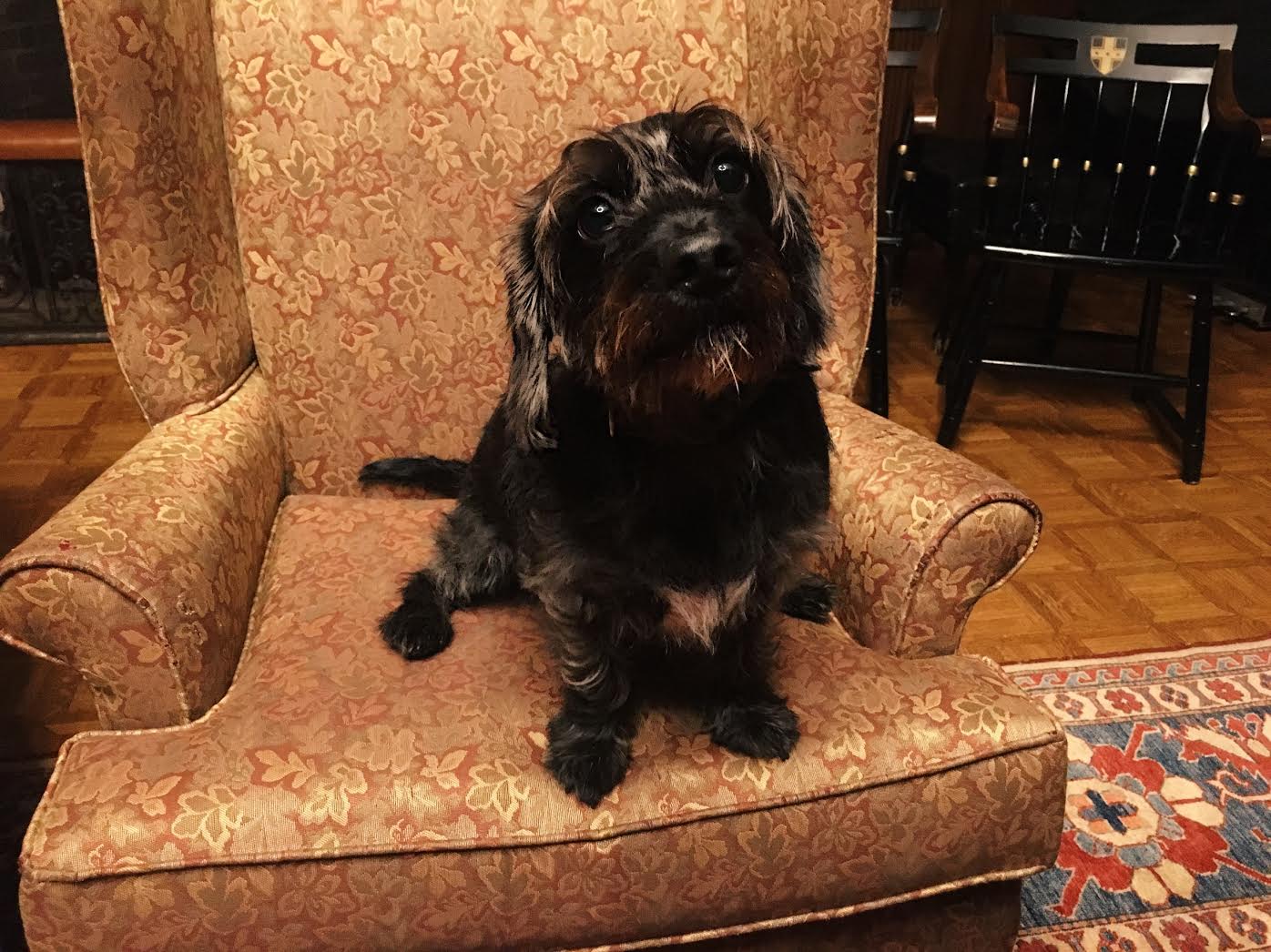 Age
~4 (estimated because he was a stray)

Nicknames/Origin of name
Cookster, Cooks, Puppers, Spud
(He can tell by the voice you’re using that he’s being spoken to.)
Foster parent called him Oreo, and that’s why Edie named him Cookie.

Origin story
Found on petfinder.com, he’s from a rescue based in Texas. He came from a foster parent.

Something quirky
Cookie has a dish with peas and carrots, so he eats the carrots and spits the peas out on the floor.
He likes to sleep under the covers. 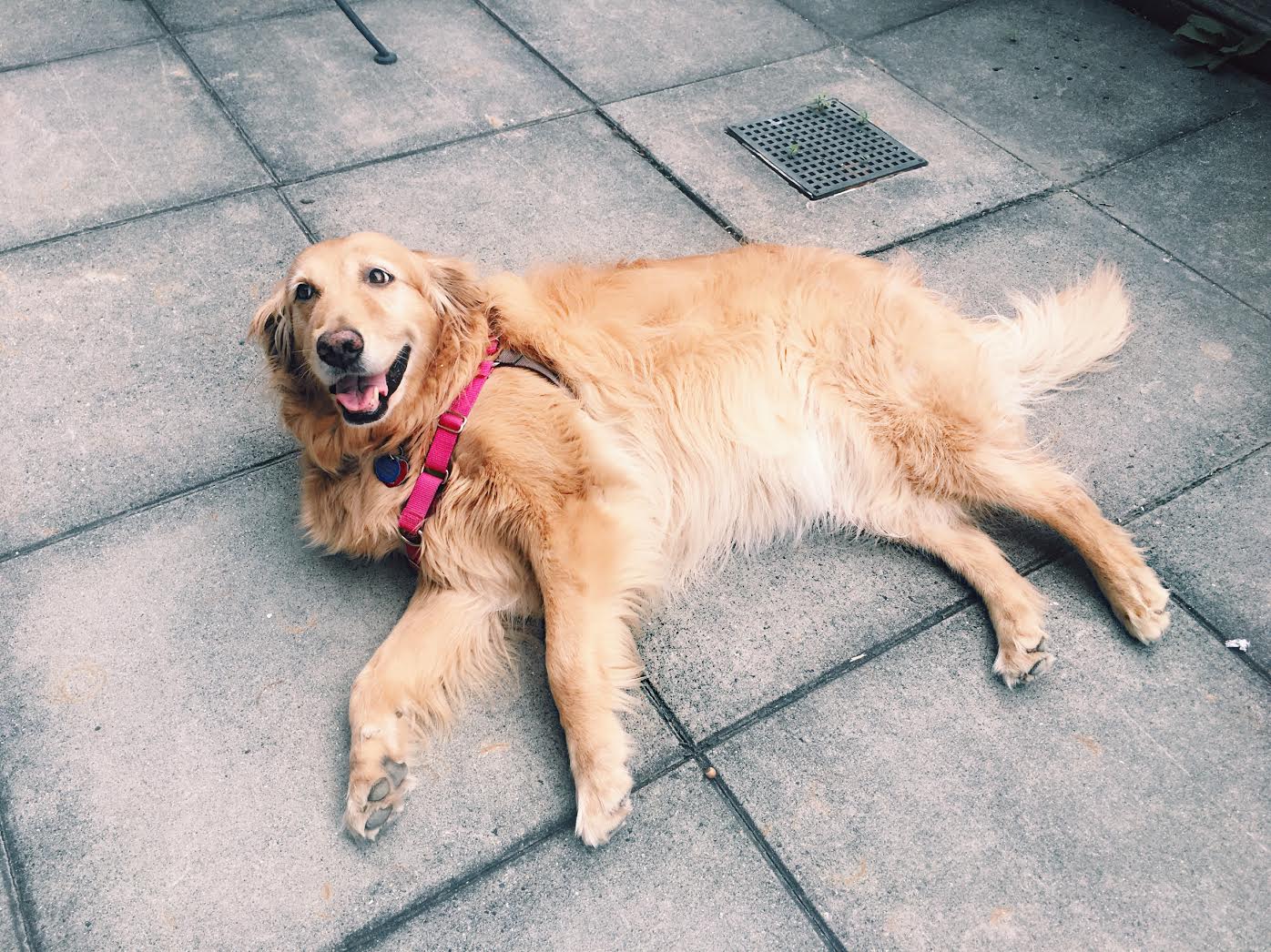 Nicknames
Goo (their previous dog was very ‘licky,’ so they called him Goo. Then, in the family, all dogs became Goos.)

Tricks?
Paw shake and high-five (if there is a food reward).

Origin story
They wanted a Golden Retriever, but they also wanted a rescue. So, they went to the Delaware Valley Golden Retriever Rescue near Philadelphia. They got her at age 7 with the name Arista from her previous family. They don’t know much about her past, but there was clear evidence she was abused by an older man figure, since she used to cower around older men in public. Living in Kirkland House has helped her overcome that fear! She’s rarely alone there, and she is very preoccupied with Kirkland students.

Something quirky
If you scratch the base of her tail, she will start to wiggle and play bite, rolling around and snapping her jaws like a crocodile.

She makes a grunting sound that sounds like a growl if she’s hungry or if she’s happy (kind of like a cat purring?). 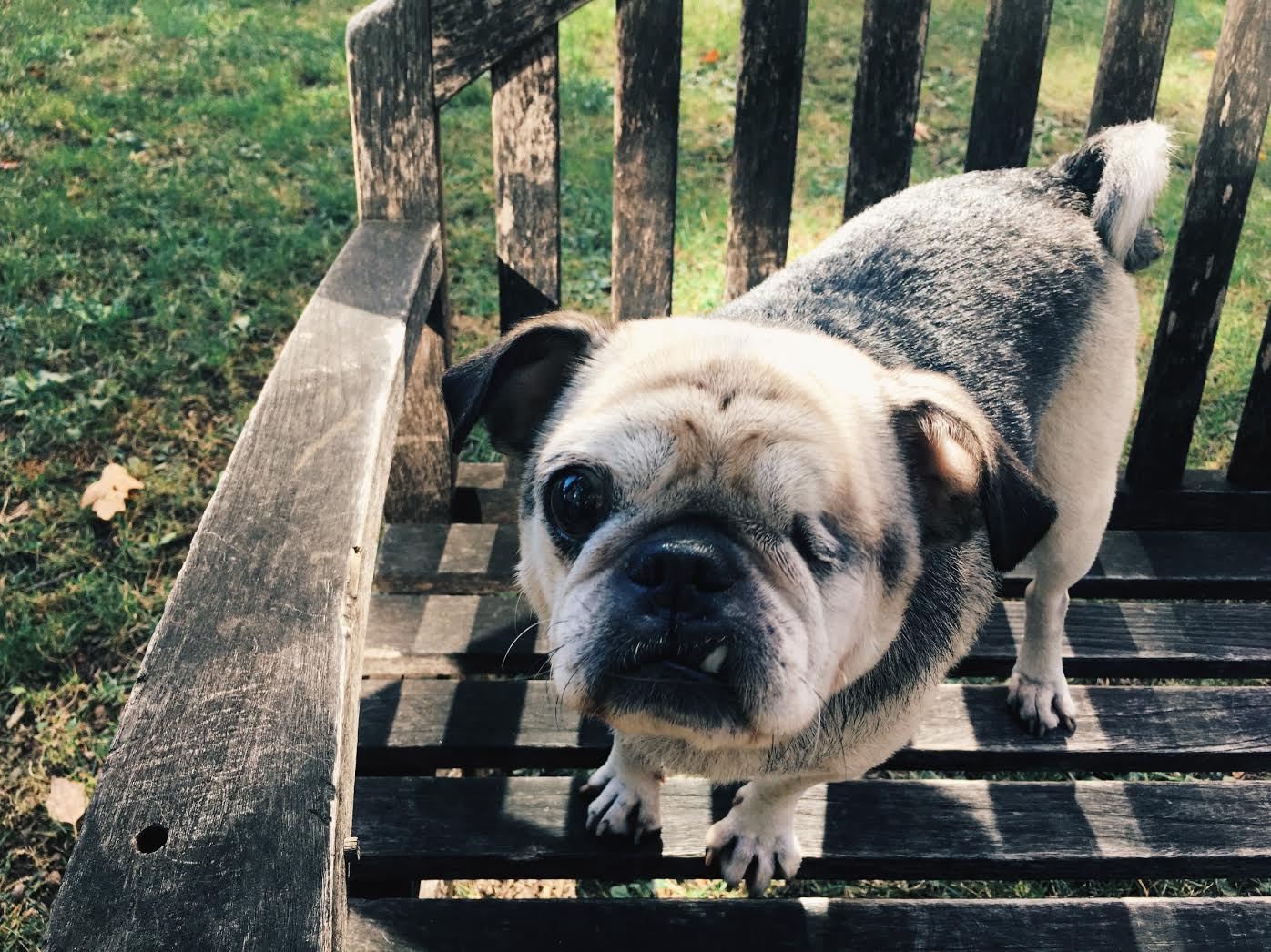 Favorite Human Food
Banana, or any sort of fruit.
She loves boba from bubble tea, too.

Tricks?
She can sit, shake, and lie down.

Something quirky
Gilly only has one eye. Also, she doesn’t bark. She is incredibly food motivated. Her level of intelligence triples when food is involved. As Alex tells: “Let’s just say she’s not the brightest banana in the bunch most of the time, but, if somehow there is food involved, all of the sudden she becomes Einstein.” 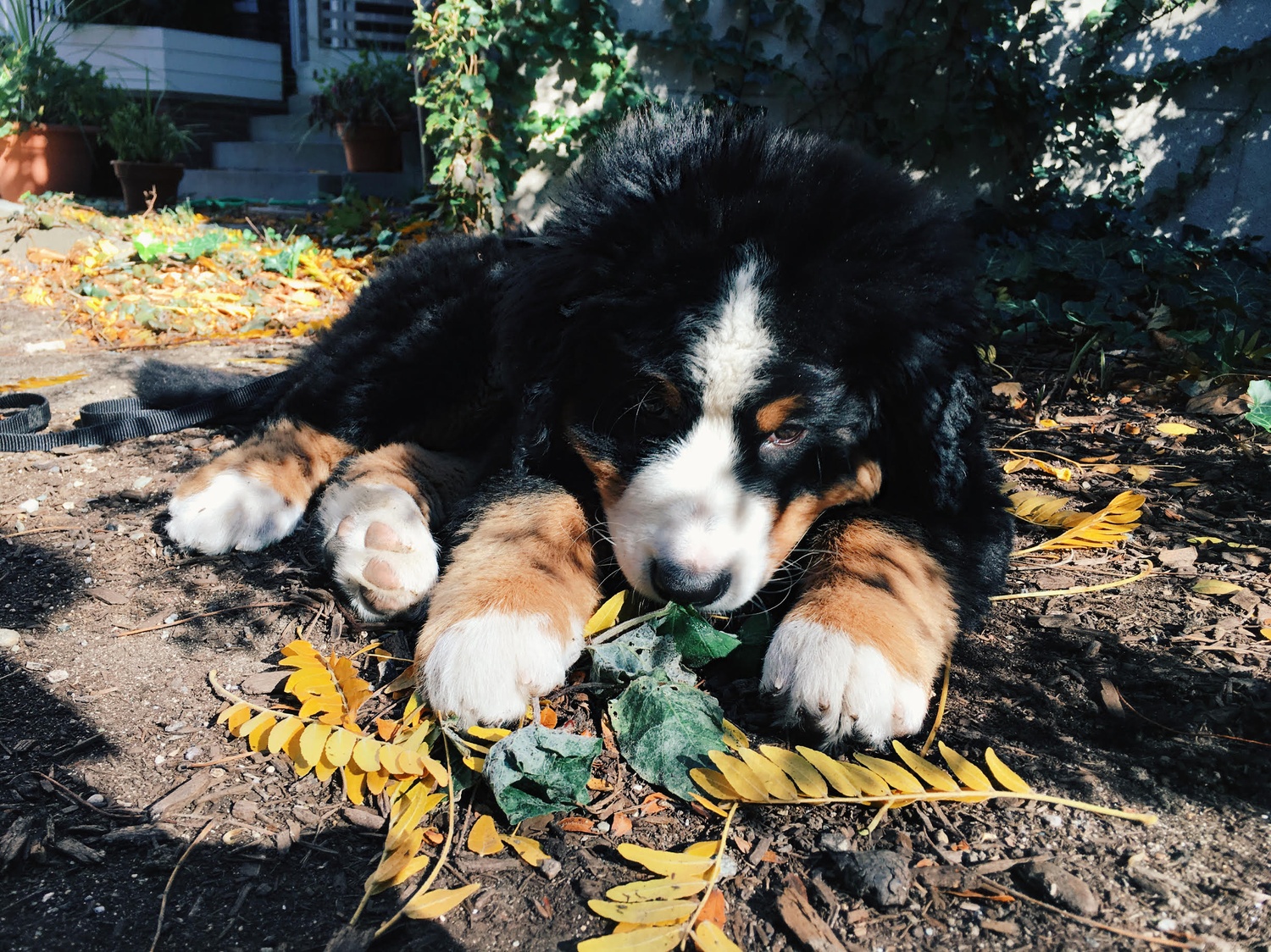 Last, but certainly not least, is the Resident Deans' newest pup, Sasha. Sasha is around 19 weeks old, and is a Bernese Mountain dog like her older companions, Max and Bella. If you’re lucky, you’ll catch Sasha playing with Boogie in the courtyard!