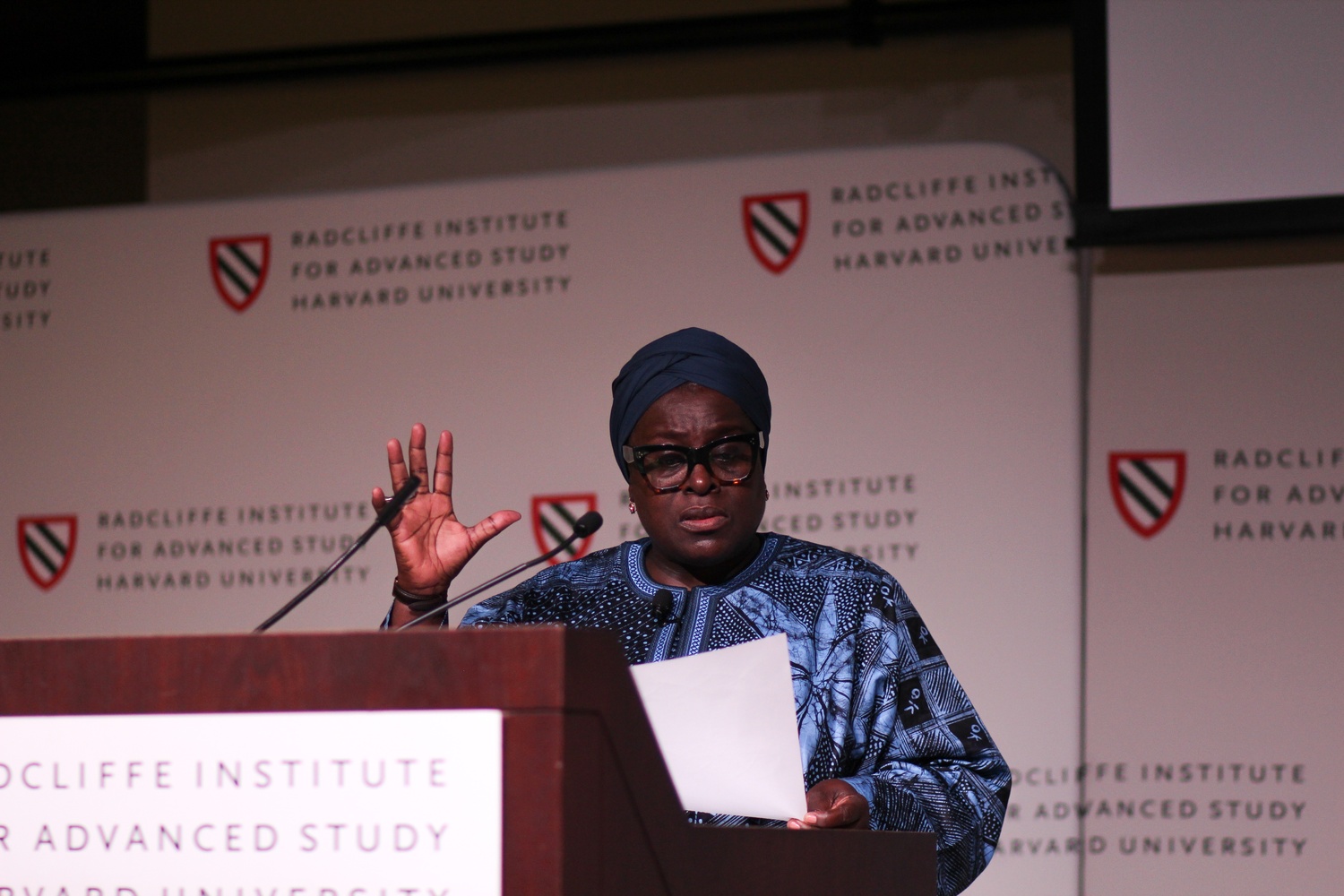 Ofeibea Quist-Arcton, an award-winning Africa journalist, spoke about her career and female empowerment in Africa to a full-capacity crowd at the Radcliffe Institute’s Knafel Center Thursday.

Quist-Arcton — who is currently an “all-purpose” Africa correspondent for NPR in Dakar, Senegal — focused a large part of her talk on her experiences covering kidnapping and sexual violence against women. She recently reported on the reunion of school girls kidnapped from by Boko Haram in Nigeria with their families.

“There’s an immense amount of bravery for girls to speak out, since it’s a taboo subject in many of these countries,” she said. Quist-Arcton said she believes it is important to approach these stories with compassion and empathy, and to not just focus on their journalistic relevance.

Quist-Arcton, a Ghana native, joined the BBC as a reporter in 1985, and was then hired as the first roving North America correspondent for “The World” in 1995. She received a Peabody Award in 2014 for her coverage of the Ebola outbreak in West Africa.

The title of Quist-Arcton’s talk was meant to be “both a statement of fact and a call to action,” said Tomiko Brown-Nagin, Radcliffe Institute dean, in her remarks introducing the journalist.

“The voices of African women and girls matter deeply, and far too often they go unheard,” Brown-Nagin added.

Quist-Arcton said that as a journalist, reaching out to women sources can add valuable perspectives to a story.

“Men are always eager to run up to the microphone to air their grievances, but you have to go to the back of the crowd or the compound, and that’s where you’ll find the women,” she said. “They too have a story to tell. It may well be a different story from the one that the young men rush to tell you. You must make the effort to seek it out.”

Quist-Arcton also disputed the perception that the only stories coming out of the African continent are those of war and violence, emphasizing the diversity of her reporting on topics ranging from technology to “bespoke chocolate.”

“News and opinions are often done by third-parties, but to know that she has first-hand experience was really amazing to hear,” Lemma said.

One attendee, Sarah D. “Dixie” Brown ’73, said she related to the call to action that the speech was meant to invoke.

“What happened to the abducted young women is appalling. [The lecture] was very inspiring, and grave,” Brown said.