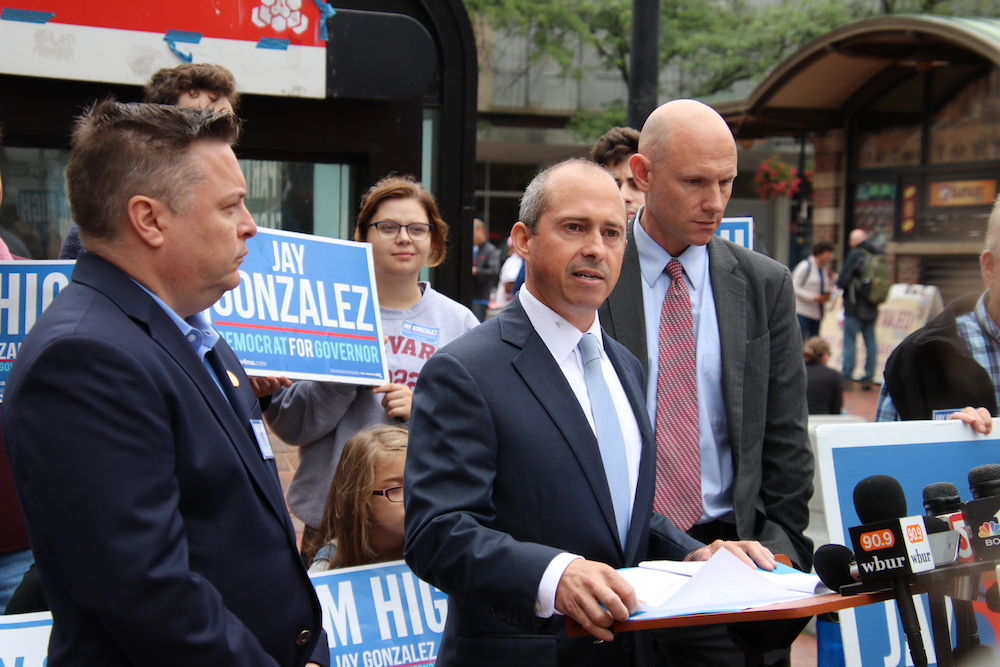 The move came as part of a string of endorsements released by the former president via Twitter, which included his support for Ayanna S. Pressley, the Democratic nominee in Massachusetts’s 7th Congressional District who scored a stunning primary upset last month.

“Jay Gonzalez is a bold leader who has the vision, the experience and the heart to be an outstanding Governor for the people of Massachusetts. I am proud to support his candidacy,” Obama, a Harvard Law School graduate, said in a statement released by Gonzalez’s office. “He has the leadership experience to deliver on an ambitious agenda, including a transportation system that people can rely on and an education system that gives every child the high-quality public education they deserve.”

Though Obama did not comment on this policy in particular, Gonzalez’s “ambitious agenda” on education reform includes an endowment tax proposal that would cost Harvard an estimated $550 million per year.

The former president's endorsement, which also praised lieutenant gubernatorial candidate Quentin A. Palfrey ’96, follows a Sept. 19 press conference held by Gonzalez at the Harvard T station, where he announced his proposal to levy a 1.6 percent tax on private, non-profit colleges and universities in Massachusetts whose endowments total $1 billion or more.

Harvard would qualify for the tax, in addition to four of its fellow research institutions — MIT, Tufts, Boston University, and Boston College — as well as four small liberal arts colleges – Wellesley, Amherst, Williams, and Smith.

Harvard officials declined to comment on the endorsement, but previously noted that if Gonzalez’s endowment tax had taken effect in fiscal year 2017, it would have cost Harvard over $500 million.

The university is currently facing an estimated $43 million in federal taxes this fiscal year after the passage of the Tax Cuts and Jobs Act in Congress last December.

Baker, as well as U.S. Senator Elizabeth Warren and Rep. Michael E. Capuano, have criticized Gonzalez’s endowment tax proposal since its annoucement. Baker compared it to the Republican-led tax bill.

“I start with the proposition that when President Trump proposed this idea, I thought it was a bad idea then, and I still think it's a bad idea,” Baker said, according to the Boston Globe two weeks ago.

Gonzalez said in the statement that he was "honored" to receive the former president’s endorsement.

“I am so honored to receive the endorsement of a United States President as inspirational and as accomplished as President Obama,” he said. “President Obama’s approach to public service ought to serve as a model for political leaders everywhere, and I hope to have the honor of following his example as Governor.”

“It was the honor of a lifetime to serve in President Obama’s administration," Palfrey said in the statement. “As President, he made sure his administration put people first, and as Governor and Lieutenant Governor Jay and I promise to do the same.”