What’s Up with Dropout.tv? A Review of CollegeHumor’s New Venture 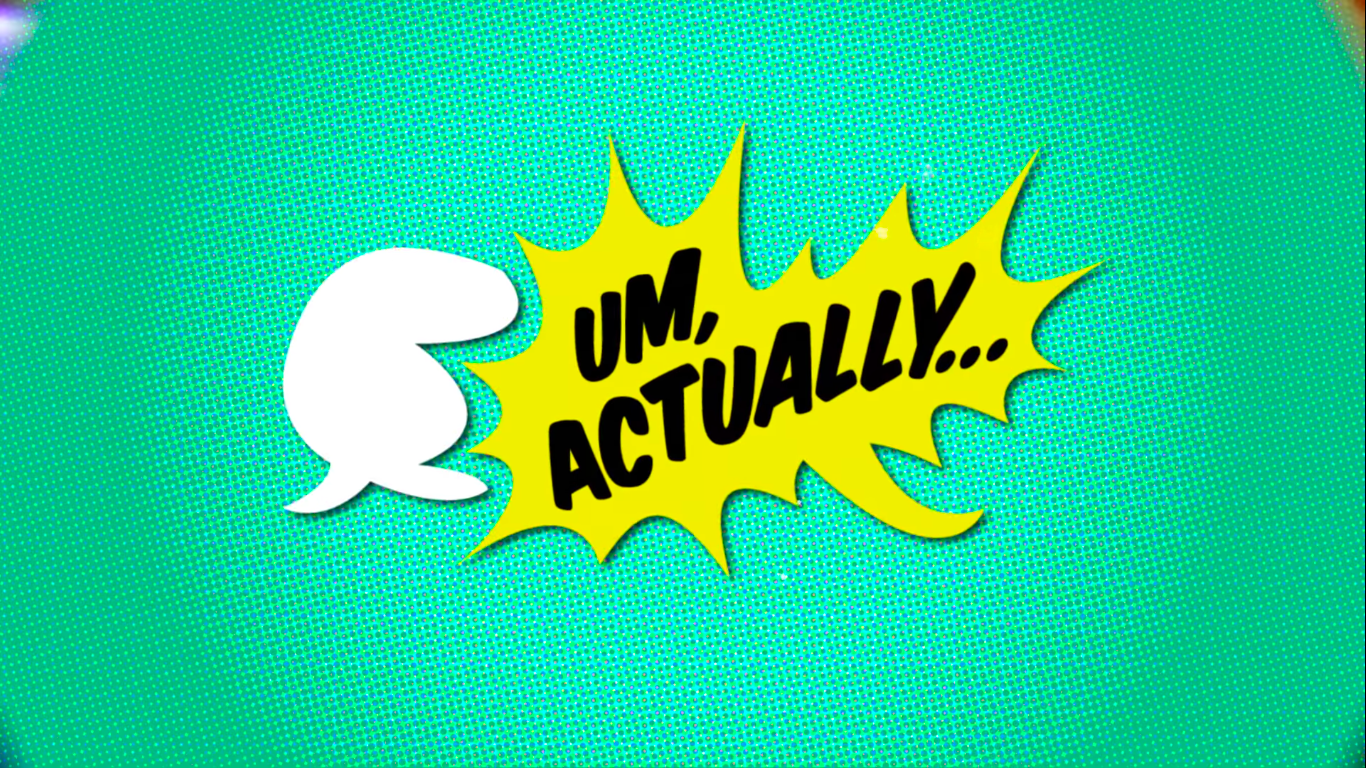 "Um, Actually" is one of the CollegeHumor shows that has been expanded one the site's new streaming service, Dropout.tv
By Mason P. Sands, Crimson Staff Writer

"Um, Actually" is one of the CollegeHumor shows that has been expanded one the site's new streaming service, Dropout.tv By Courtesy of CollegeHumor

On Sep. 26 2018, CollegeHumor announced the launch of its new subscription-based streaming service, Dropout.tv. The decision of the popular comedy Youtube channel, known for skits like “What If Google Was a Guy,” “Gay Men Will Marry Your Girlfriends,” and “The Problem with Jeggings” reflects a growing trend among internet comedy producers to move away from original online content as advertisers and media platform companies such as Facebook and Youtube start to exert greater control over digital media. This media centralization has already driven other internet comedy producers to extinction, such as FunnyorDie, which moved from online to long-form television and branded content, Smosh, who’s parent company Defy Media shut down, and Cracked, which reverted to its original focus on written content. Often these moves result in massive layoffs of talented web creators.

But CollegeHumor seems to be trying to buck against the trend as it attempts to take its internet producers along with it by launching this new streaming venture. The subscription-based service is tiered, costing $3.99 per month for all subscribers until Dec. 26 and then being $47.88 for an annual ($3.99 per month); $29.94 for a six-month subscription ($4.99 per month); or $5.99 for a monthly subscription. They argue the added cost helps the company make better content without having to adjust to the demands of advertisers. At the same time, the company has promised to continue to make quality free Youtube content for its existing channel. Over one month later, has the Youtube-channel-turned-Netflix kept its promises? The service has released five Dropout exclusive series: “Fantasy High,” “See Plum Run,” “Cartoon Hell,” “Um, Actually,” and “Lonely and Horny,” in addition to a number of webcomics and chat experiences. Here’s how they score.

After a scandal, beauty queen pageant contestant Plum (Elaine Carroll) and her Mama (Josh Ruben) leave the Southern country for life in upper-class New England. This sequel to the Honey Boo Boo parody series, extremely popular on the CollegeHumor youtube channel in 2013, has been one of the most publicized projects of Dropout.tv. Unfortunately, it's not worth the hype. While the premise is intriguing, Ruben and Carroll are lackluster in their portrayal of Plum and her Mama, often relying on stereotypes or gag humor to land jokes. It’s the minor roles, such as Brian (Grant O’Brien), the political science grad student that Plum and her Mama believe is a ghost, that keep the comedy alive. A far cry from a laugh-out-loud sitcom, “See Plum Run” does manage to draw out a few impish smiles.

CollegeHumor’s biggest game show host Mike Trapp brings nerdy CollegeHumor cast members and celebrity special guests to compete to be the ultimate expert on all types of fandom. The show is niche but fun. Regular subscribers to CollegeHumor will be excited to see the actors they’ve come to know and love in a personal and unscripted lens.

After an unwise deal with the TV Devil for a cartoon show that featured their art, cartoonists Caldwell Tanner and Nathan Yaffe find themselves in Hell, forced to produce cartoon shows for a demonic TV executive. Given a weird and wacky prompt for a show to create, the two creators brainstorm and make witty comments in realtime as they bring the animation to life. For people interested in watching the creative processes behind the animation, “Cartoon Hell” is the perfect match. However, at around 20 minutes per episode, the show’s simple draw and talk format doesn’t keep the attention of more mainstream viewers.

At the top of Dropout.tv’s projects is “Fantasy High.” The “Dungeon and Dragons” live-action roleplay is a brilliant showcase of improvised comedy that is at the core of CollegeHumor. Led by Dungeon Master Brennan Lee Mulligan, who is often undervalued in CollegeHumor's original Youtube content, current and former members of CollegeHumor’s cast embark on an epic quest to get through high school alive. Along with a well-detailed and expensive set, the comic gold of the cast interactions and the novelty of the challenges their characters face make the hour and a half per episode worth it. On the other hand, the format of the project and the enormous time cost makes this a show that only a niche audience will enjoy.

By launching Dropout.tv, CollegeHumor entered an already crowded field. Hulu, HBO, Netflix, Amazon already dominate, and a number of services ranging from FuboTV’s sports coverage to Acorn TV’s streaming of British, Irish, Canadian, Australian, and New Zealander shows take up the little space that is left. The question remains: Is Dropout.tv worth adding another subscription-based service?

In the words of CollegeHumor president of original content, Sam Reich, “It’s like Netflix, but worse… and cheaper.” The shows on Dropout.tv are unlikely to ever have mainstream appeal, but it is very clear that it supports the creative impulses of the CollegeHumor team. Unlike with its Youtube channel, where skits tend to be formulaic office bits, the business has heavily invested in Dropout.tv, providing its creatives with detailed and expensive sets and locations… and the service is cheap. For people who love CollegeHumor, particularly early 2010s CollegeHumor, Dropout.tv is a nostalgic gem, a full archive of the channel’s content and unfiltered new material from the channel’s creators. For all of that, it's worth the $5.99 per month.