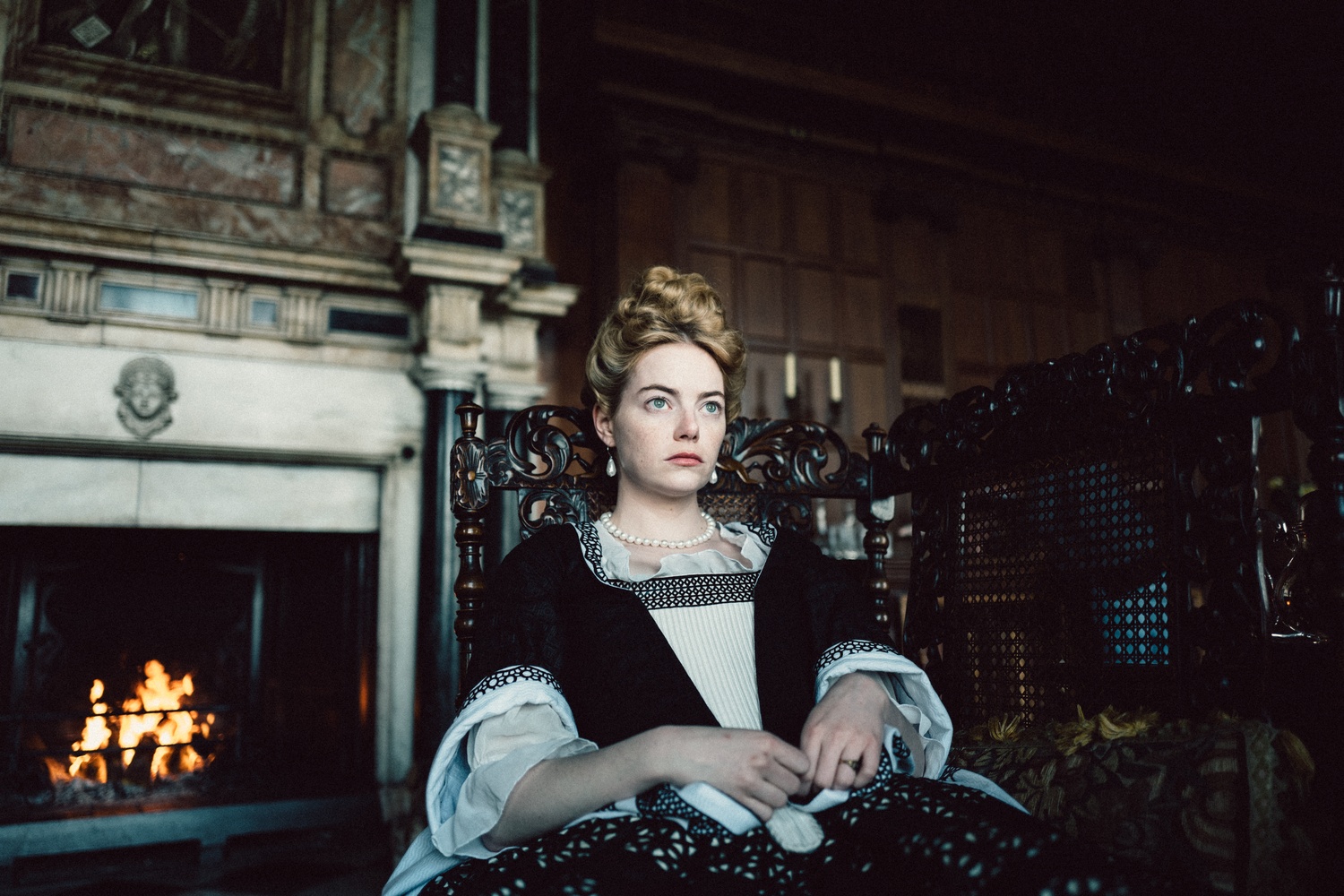 With his new film “The Favourite,” Yorgos Lanthimos of “The Lobster” fame brings to screen one of the most raunchy period pieces of recent cinema. This hilarious comedy, centering on Queen Anne of England, explores political ambition and loyalty through deliberate, stylistic shots and incredible acting. The film invokes “All About Eve,” but with more sexual intrigue and period flare.

The film opens in the early 18th century, with Queen Anne (Olivia Colman) as the sole monarch on the throne: England has long been at war with France and taxes are mounting in order to maintain failing military efforts, yet Anne’s court is nevertheless characterized by gross excess. Plagued with illness and mood swings, Anne relies on her old friend and secret lover — the Duchess of Marlborough, Lady Sarah (Rachel Weisz) — to run the court. This close relationship allows Sarah to exert her personal will on national affairs. With the arrival of Sarah’s cousin Abigail (Emma Stone), trouble erupts across court. After her father loses his fortune, Abigail suffers a loss of her title and a multitude of tragedies which forces her to come to court as a maid. Yet under Sarah’s wing, she meets the Queen and her fortune changes drastically. Abigail’s burgeoning friendship with Anne begins to threaten Sarah’s political objectives, causing a jealous, tense triangle which the film spends the rest of its duration testing.

“The Favourite” is a psychological study. Its assessment of each character feels almost Austenian — if Jane Austen enjoyed lavish lobsters racing and heavy use of the c-word. Generally speaking, the script, written by Deborah Davis and Tony McNamara, succeeds due to its quippy dialogue, largely filled with zingy one-liners. Most of these are delivered perfectly by Weisz’s character, whose overt vulgarity and candor make the film incredibly refreshing and at times almost contemporary. In one scene, she manages to convince the Queen to raise taxes to prolong the war in France, much to the anger of the dandy leader of the Tory party, Robert Harley (Nicholas Hoult). Before Harley can continue his burst of anger, Sarah dismisses him instantly: “Your mascara is running. If you like, we can continue this later.” This is a world where women dictate and make up the rules, both in and out of the court, helping to differentiate this film from other political dramas of this time period.

With an exceptionally strong cast, “The Favourite” will surely sweep all major acting awards for its female leads. Colman certainly deserves one for magnificently capturing Queen Anne’s complexities. She is at once a petulant child and an unforgiving autocrat. Every expression that passes through Colman’s face is carefully constructed to show her character’s multifaceted personality and ever-changing moods.

Though her accent can at times sound a bit unnatural, it doesn’t reduce Emma Stone’s marvelous performance in this Machiavellian role. The monologues she delivers in front of her fiancé, Samuel Masham (Joe Alwyn), are particularly funny. While Masham thinks he has found himself a competent wife, he soon discovers how much he has underestimated her ambition. Yet “The Favourite” does not play favorites. Each of the main women is treated sympathetically and given a wide range of motives and faults.

Even though the film is not entirely historically accurate — for example, Anne’s sexual relationships with the two other main characters is based on mere speculation — the plotlines appear plausible. Of course, an innate ridiculousness and absurdity colors the film, as typical of Lanthimos’ work. Sarah’s and Abigail’s sparring often occurs through the rather obvious vehicle of shooting practice scenes, where a win is never really about killing poultry. What differentiates these kind of scenes from others is that they put aristocratic women at the forefront, often engaged in masculine pastimes and roles. The film embraces modes of convention, yet subverts them stylistically.

Overall, the film treads a fine line between comedy and tragedy, offsetting darkness with irreverence. There are Anne’s 17 rabbits, which initially appear as yet another frivolous element of the court, but are revealed to represent all of her stillborn and dead children. This rather perverse detail helps to lend Anne a softness that expands her character. Another of these disturbing moments is when Robert Masham comes to Abigail’s room in the middle of the night to seduce her. She asks him: “Have you come to my room to seduce or rape me?” When he replies that he is a gentlemen, she quickly retorts: “So rape me, then.” This is offset later by Abigail’s more serious account of her numerous rapes. In the end, details like these expressing the harsh realities of the time period, particularly for women, illustrate the film’s depth and concern for an emotional truth, if not a historical one in this respect.

The soundtrack, consisting largely of plucked stringed staccatos as well as grand organ themes, does a fantastic job of pressing scenes forward. The dissonance of these sounds, though eerie, keeps the viewer on edge during the most terse scenes. In addition to this, the shots themselves are sweeping and often quite close to each character’s face, allowing for intimacy to develop, especially in the latter half of the film, when the plot becomes starkly darker.

Altogether, “The Favourite” is a riot and a splendid tableau of the precarious political atmosphere during Queen Anne’s reign. What really makes it worth seeing is its unapologetic humor and its female characters’ refusal to back down. Lanthimos and his three female leads have produced one of the most provocative and entertaining films of the year.