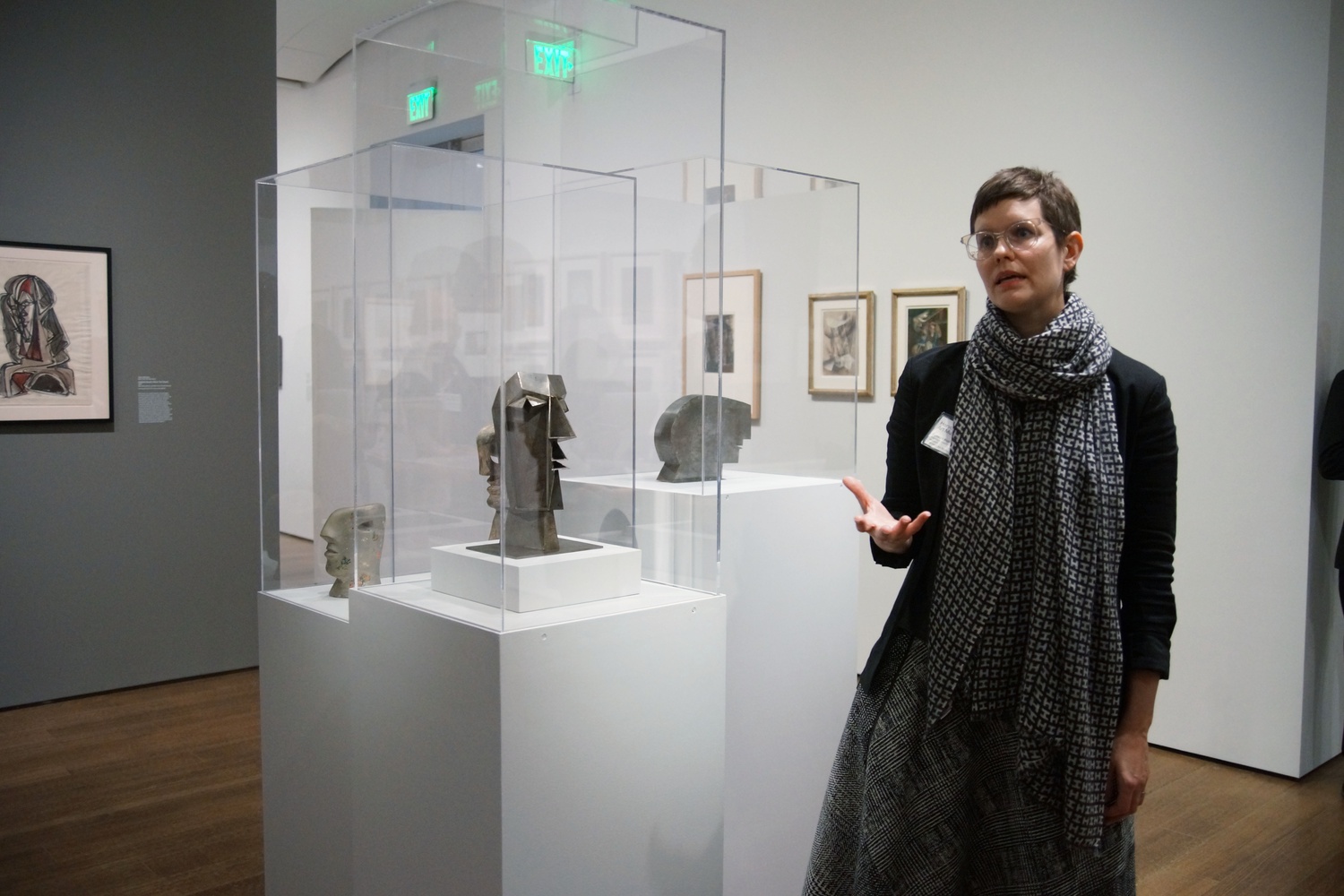 Industrial hues of grey, navy, and maroon greet viewers at the door of the Harvard Art Museums’ latest special exhibition, “Inventur–Art in Germany, 1943–55.” Named after a 1945 poem by Günter Eich, “Inventur” investigates a previously ignored movement in modern German art, an artistic journey from the immediate, post-war period to the early 1950s, and presents over 160 works by German artists in a detailed historical context.

“For these artists, the desire to continue working and to continue making—it finds its outlet in all different kinds of ways,” said curator Lynette Roth, gesturing at a wall of pieces by artist Franz Krause so bright in color and strange in composition they almost look more like images of microscopic organisms than art. According to Roth, the Head of the Division of Modern and Contemporary Art and Daimler Curator of the Busch-Reisinger Museum, this depiction was not coincidental. She detailed the various means by which artists were able to create during the war, even with limited materials and the intense censorship of unsanctioned artists by the Nazi Regime. Krause created his pieces with lacquer on wallboard. “Many of the artists worked in the industrial and commercial sphere and those were also areas where they were able to get their hands on different materials,” she added.

In keeping with its theme of bringing attention to forgotten and previously undisplayed art, “Inventur” seeks to showcase works from artists of varying backgrounds and experiences. “War experience not just as a modern artist, but as a woman, was important to me,” said Roth in reference to the exhibition’s first piece, Jeanne Mammen’s “Falling Facades (Berlin Ruins).” The painting depicts industrial structures in muted colors using air-raid protection cardboard as a canvas. While artists like Mammen created in secret or found refuge in other industries, others were drafted into the German military and continued to create using sketchbooks. One such artist, Juro Kubicêk, crafted the sketchbook “Mein K(r)ampf,” by collaging over a copy of Hitler’s “Mein Kampf” with both his own work and reproductions from anti-fascist German artists.

The exhibition is organized chronologically to show gradual changes in style that begins with the immediate aftermath of the war, transitions to more pluralist, avant-garde art of the late 1940s, and ends with stylistically commercial art representative of Germany’s economic recovery in the 1950s. Particularly haunting are a series of nine displayed drawings by artist Wilhelm Rudolph depicting the total destruction of the city of Dresden during the war. He roamed the ruined city streets, including his own, capturing the damage in over 200 drawings. “So much in this gallery is about that which is nearby,” said Roth, “So that really is a major theme of the exhibition, this kind of yearning, this sort of desire to find the private sphere again.”