Grace VanderWaal is Honest and Empathetic at The Sinclair 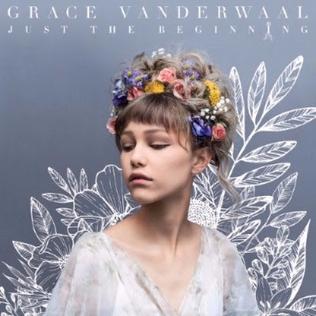 Shrill repeated screams filled the air—“Grace, Grace, Grace!”—as Grace VanderWaal, the 14-year-old “America’s Got Talent” winner, strolled onto the stage. On Feb. 5, the girl with the ukulele performed her hit songs to a sold out show. Her performance, though fresh in the songs and delivery, suffered from an unimaginative stage and an blaring sound.

Grace VanderWaal’s setlist explored topics of gossiping, immature boys, and true friendship. In comparison to the most popular songs of the childhood singers of my day, the Jonas Brothers, her songs are mostly devoid of the hopeless romance in top hits like “Burnin’ Up” and “S.O.S.” Singing about the topics that truly affect her allowed her to connect with young audiences in an honest way.

One of the stand-out songs that VanderWaal performed was “Gossip Girl,” which is about one of her friends spreading rumors about her behind her back. In it, VanderWaal emphasizes her relatable side as she exposes her struggle with how to approach the situation: “Not trying to point you out here / Just making the facts clear, that I have found.” She proved to be a versatile performer—her energy was palpable as she jumped around the stage during the chorus to the loud music, and she knew to slow things down when she got to the bridge to showcase her powerful Taylor Swift-esque voice. She sounded just as she did on television when she performed for “America’s Got Talent.” One of the songs that allowed her vocals to truly shine is “Beautiful Thing,” a fan favorite. Indeed, the whole venue was singing along with her, though none could match her range.

Grace VanderWaal’s engaging demeanor on stage was a memorable part of the concert. She showcased her animated persona while telling a story to the audience about her song “Talk Good,” emphatically explaining how she was blindsided on an important phone call and struggled to express herself well. Later on in the studio, she was telling her producer about the encounter and they bonded over similar experiences. As a result, they wrote “Talk Good,” which is relatable to everyone who has had an awkward encounter.

While Grace VanderWaal’s attitude and songs were aptly relevant to her young audience, the Sinclair provided a somewhat contradictory backdrop to the affair. The venue’s darkness and bare-bones stage contrasted sharply with VanderWaal’s energy. This stage would have been more appropriate for the more typical alternative or rock group that the Sinclair usually features. In addition to the physical setting, the acoustic settings were too loud and had too strong of a bass, causing some of the younger kids to complain about the noise. But by the end of the concert, those same kids were grinning ear-to-ear, finally used to the loud music.

Charming and sincere, Grace VanderWaal’s performance promises more hits further down the road. She resonated with the audience because of her raw vocal talent and magnetic stage presence.

—Staff writer Nicole T. Sturgis can be reached at nicole.sturgis@thecrimson.com.