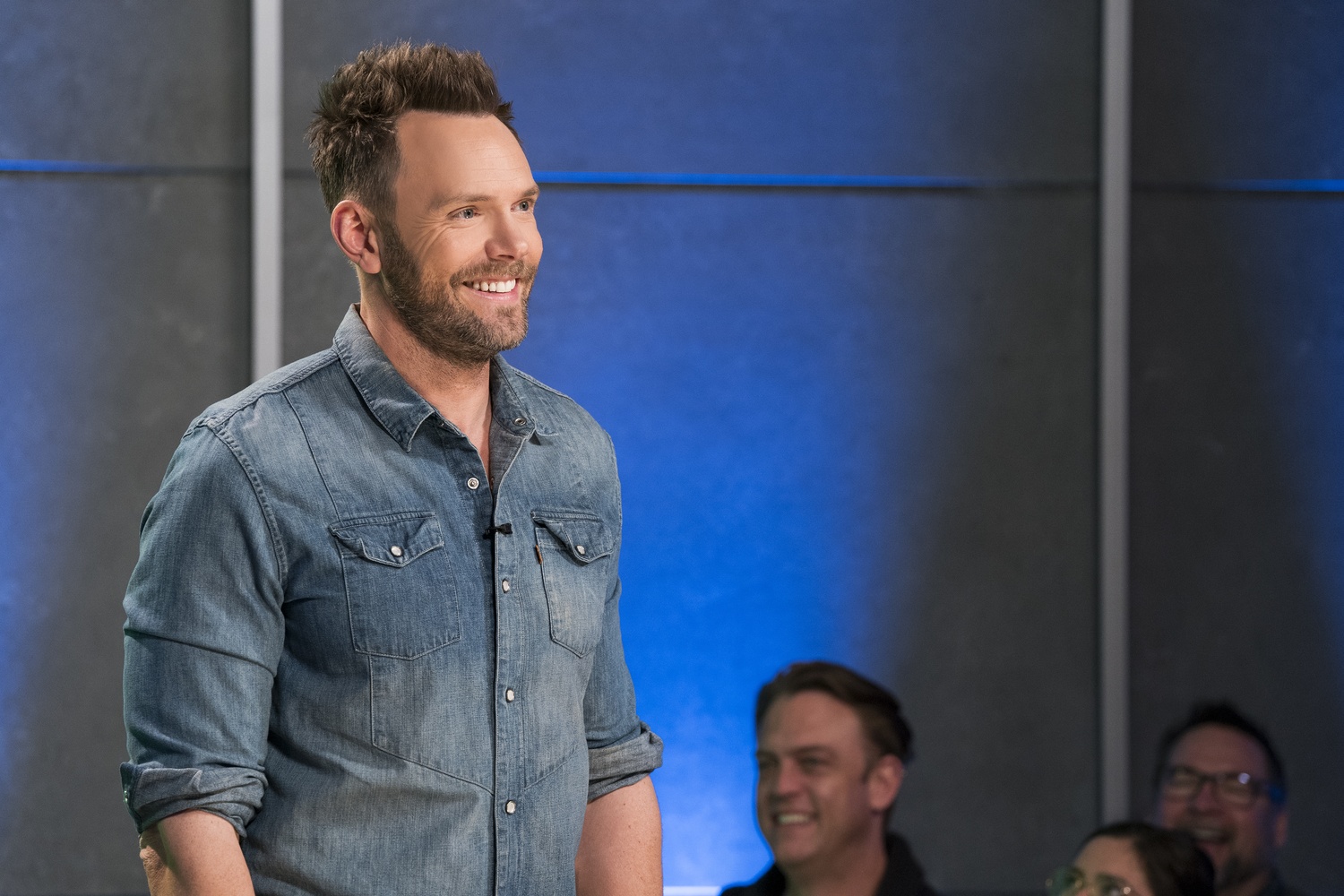 Joel McHale on the set of his new, eponymous Netflix comedy series. By Courtesy of Netflix
By Mason P. Sands, Contributing Writer

The video compiler for “The Joel McHale Show with Joel McHale” needs to be given a large bonus for being the sole saving grace in the otherwise lousy production of this new Netflix comedy show. The Sunday series premiere is remarkable for its hilarious reel of video clips, frequent marketing-gambit cameos, mixed in with lackluster comedy from Joel McHale, who makes jokes that don’t land. The potential of the show to be a topical series is undermined by shoddy, unfunny writing.

After his success with E!’s “The Soup” and NBC’s “Community,” Joel McHale is now on Netflix. His weekly series attempts at comedic commentary on global pop culture by reviewing popular video clips of the week from reality shows like “The Bachelor” and “Love & Hip Hop,” as well as Korean TV dramas and viral videos. There are also frequent cameos from celebrities. In the pilot, Kevin Hart, Jodie Sweetin, and Jason Priestley, among others, make appearances. The show is set up for success. With great video selection and a proven comedian as its host, the pilot could have been a strong start to a high-rated topical comedy series. Instead, it is a flop.

The principle problem of the pilot is its writing: the show has an issue with pacing and structure. McHale starts telling bad jokes from minute one until minute 27, and there is no strong beginning or ending to the pilot. While strong structures aren’t expected for comedy week-in-reviews, there is an expectation for some variation and structure. This show lacks both of these features. The jokes mostly fail to land. They rely on the celebrity of McHale and his cameo stars but do not tailor the jokes to these celebrities’ personality. Instead of the star actually making the joke funny, it feels as if the stars are trying to make the most out of a bad script.

The cameos feel random, and, because of the given material, unfunny. The comedy game may be off, but the marketing game is given full attention. The celebrities never miss a chance to plug their new television shows or events, cheapening the experience. Despite the show’s attempt to cast this constant plugging as a joke, it clearly comes off as a marketing ploy.

What results from poor writing and incessant marketing are scenes like McHale’s tour of Netflix. The scene is chock full of show plugs like “GLOW,” “Beyond Stranger Things,” and “Fuller House,” but is lacking in comedy and content. It appears that the writers think the zenith of comedy is Mike Colter running a jar opening stand, Paul Reiser entering the Upside Down (an alternate dimension within the world of “Stranger Things”) to get gluten-free upside-down muffins, and Joel McHale just… walking around. This five-minute “tour” has the quality of a daytime television promotional.

The pilot of “The Joel McHale Show” doesn’t leave a lot of excitement for the rest of the comedy series. Despite its potential to be both global and topical, the pilot falls flat, mainly due to a bad writing team. The combination of uninspired writing and the constant barrage of marketing for other shows prompts viewers to hit the back button and seeing what else is on (maybe check out “GLOW” or “Beyond Stranger Things?”), but the videos will keep you watching. The clips are pure genius and elicit audible laughs when McHale’s commentary won’t. The global reach of the clips create diverse pop culture compilations that you can’t find on your own. There’s still hope that the show’s writing team will get better or get replaced, but for now, instead of hitting the back button, why not hit fast-forward and skip through McHale’s dry commentary to get to the viral videos?