‘Queer Eye’ Reminds Us That Love Is Universal 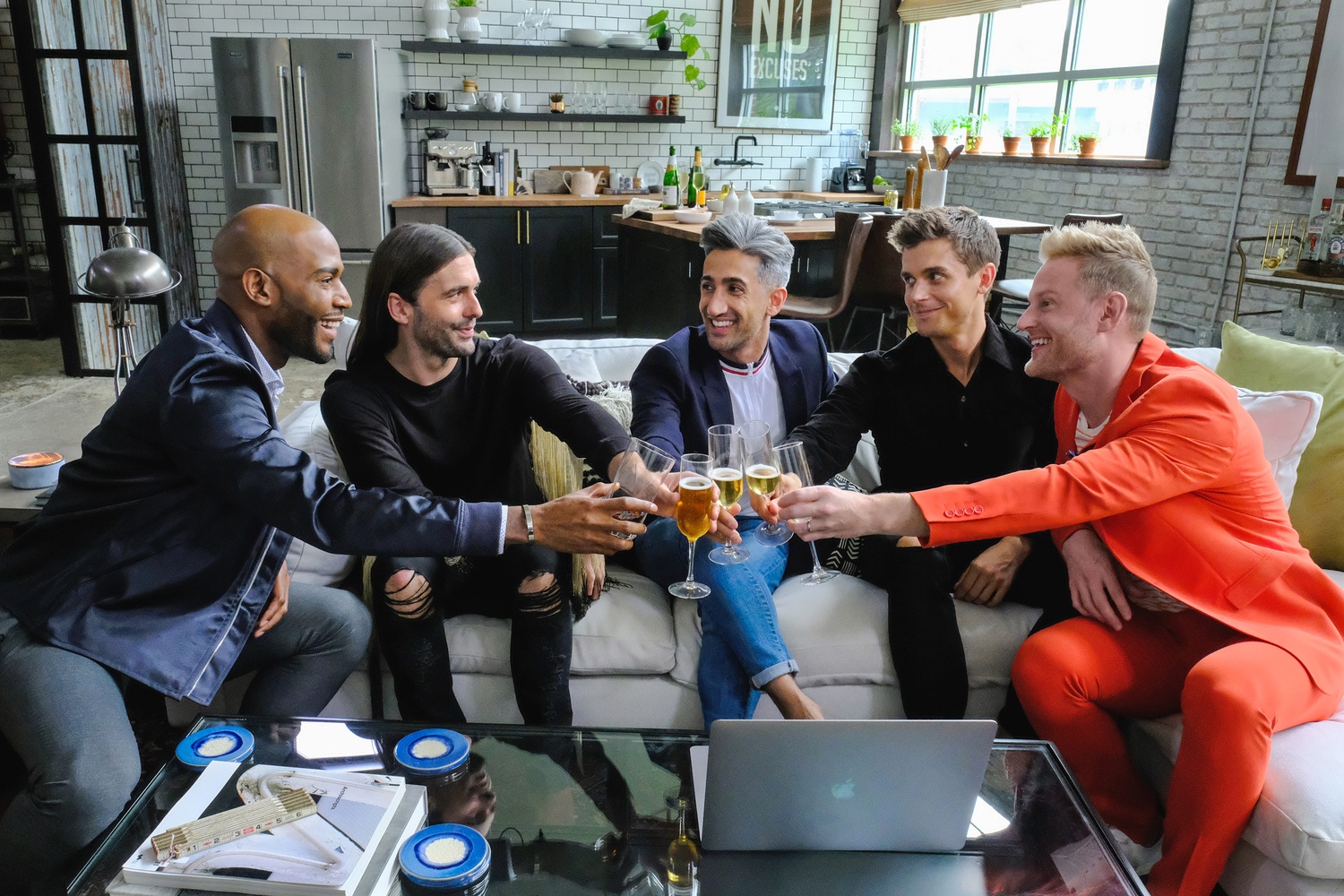 While the producers of “Queer Eye” stated that the show’s purpose is “to turn Red States pink”, the show accomplishes far more than that. The show emphasizes our commonality and reaffirms that, despite the divisions of today, we are all human. Although “Queer Eye” follows the basic structure of makeover reality television, the true and raw connection between the Fab Five and the people they help make it stand out from the crowd.

In this 2018 Netflix revival, the “Fab Five,” a group of five gay men specializing in design (Bobby Berk), culture (Karamo Brown), fashion (Tan France), food and wine (Antoni Porowski), and grooming (Jonathan van Ness) leave New York for Georgia, where they set out to refine the lives of local men. At first look, the show isn’t all that special. Makeovers have become a staple of reality television with shows like “Fixer Upper,” “Hotel Impossible,” and the show’s 2003 Bravo precursor, “Queer Eye for the Straight Guy.” The every-episode makeovers quickly become tedious and unoriginal, especially in housing design. However, what will push TV watchers through the season binge are the human stories behind the makeover.

A show about five New York gay men in Georgia could have gone awry in a number of ways, but instead the show eschews divisiveness and teaches us about our commonalities. The Fab Five learns from their Georgia clients. In turn, their Georgia clients learn about LGBT issues, and the audience reconsiders their preconceptions in the process. The personalities of the Fab Five are essential in accomplishing this. In addition to being comical and having great chemistry together, the group doesn’t try to impose their styles on the people. Instead, they encourage them to find their own styles and be comfort able within their own bodies. Describing one man’s post-makeover appearance in the pilot episode, Tan remarks, “This is how we found him, he’s just refined.” Refining—instead of redesigning—clients results in mutual understanding and bonding. Seeing Tan bond with Neil in Episode Two over being raised by a South Asian family, and Karamo and Antoni give advice on coming out and living authentically as a black, gay, and rather un-flamboyant man in Episode Four are some of the most emotionally evocative moments in the season.

While the Fab Five don’t press their style choices onto their clients, they aren’t afraid to address stereotypes and stigma. Their willingness to call out phrases that grate on every gay person’s ears—like “Who’s the man, and who’s the woman?”—discuss the intersection of homosexuality with race and religion, and talk about how the Black Lives Matter movement create situations with palpable tension and encourage real discussion. It’s clear after a few episodes that these conversations are planned, and at times they feel scripted and overplayed. Still, taken together, they are really moving scenes.

The Fab Five don’t just give to Georgia—they learn from the state as well. Leaving the gilded bustle of the city for the more down-to-earth rural counties, they find people like Bobby in Episode Five who works two jobs on two hours of sleep to provide for his wife and six kids. They find Jeremy, a firefighter, who wants to look his best for a fundraiser for the training of rural firefighters. They realize that rural values don’t drastically differ from their own. “Queer Eye” attempts to bridge a divide by bringing the Fab Five to Georgia, but the stories of the Georgians themselves fight against stereotypes of the state as an uncompassionate conservative, homophobic monolith.

In the end “Queer Eye” reminds us that we are all human. The feelings of being left behind, of being “ugly,” of being undeserving of the attention that lead people to call the Fab Five for help are universal. Like Bobby says at the end of the pilot, “A common thread that holds every human together is that we all just want to be loved.” So maybe, turning red states pink is not the best summarization of “Queer Eye.” A better symbol would be the name change from “Queer Eye for the Straight Guy” to “Queer Eye.” The show isn’t just for straight people or gay people or conservatives or liberals. It’s a universal call for anyone just wanting to feel love.