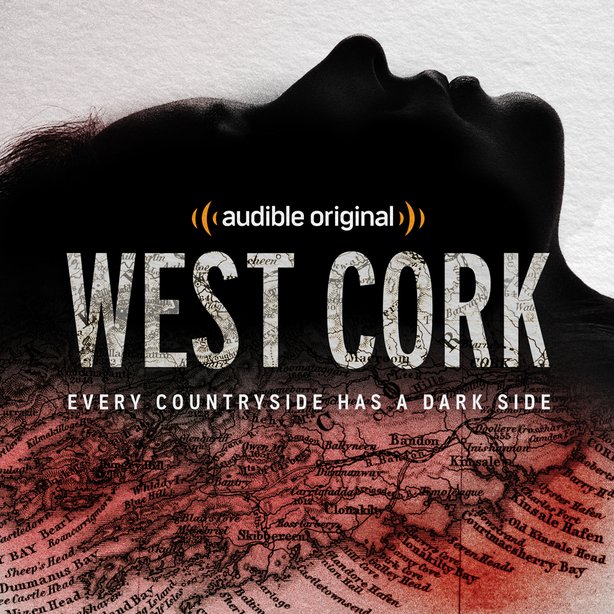 “West Cork” is a podcast released by Audible, Amazon’s audiobook and podcast distributor, in which Jennifer Forde and Sam Bungey delve into the murder of Sophie Tuscan du Plantier, which took place in 1996 and remains unsolved. Within the first five episodes, this true-crime series paints a complex picture of a quiet town shaken by a violent act. It investigates a murder which, despite being more than 20 years in the past, represents a real source of fear and even danger for the residents of this Irish town.

The podcast’s title “West Cork” could just as easily be the name of a detective novel as a non-fiction podcast, and the subheading—“Every countryside has its dark side”— could have been pulled from a dust-jacket. In fact, the story itself is the kind one might expect to find in a murder mystery novel, and less so in real life. Its first episode, entitled “Blowins,” portrays West Cork, a quiet town in Ireland isolated from the rest of society. “Blowins” is the label that non-residents give to those who vacation in West Cork, looking for an escape from city life. They come out of nowhere, and people know nothing about their pasts.

“You could be who you wanted to be rather than who you really were,” says one of the so-called “blowins.” This sort of setting, where every person is a mystery, seems almost too fitting for a murder mystery to be true—like something straight out of Agatha Christie’s “And Then There Were None,” a classic murder mystery in which a group of strangers, trapped on a completely isolated island, are killed off one by one. In discussion with Forde and Bungey, another resident says about West Cork, "It's very quiet in the winter. People who don’t know that yet were going to have to keep themselves very busy somehow or they’ll go mad," a comment that recalls Stephen King’s “The Shining,” with its isolated wintry setting where a father descends slowly into insanity.

The podcast itself seems to be aware of this case’s semblance of fiction and literature. In the first episode, Forde describes a group of elderly women who have come to observe the trial. "They’d arrived equipped with flasks of tea and a selection of neatly cut sandwiches," Forde explained. According to Forde, the women have a club of sorts that follows the trial's progress, and they made sure that one of them attended the court proceedings each day. This group’s similarity to a book club seems too calculated to be unintentional. The ratings for the televised reporting on the case are likened to those of TV soaps. Later on, another comparison to fiction emerges from a conversation with a local in a bar. "Did you ever see the film ’Deliverance?’ Well that's all I’m gonna say to you. You don't go down there and mess with their town," the man tells Forde and Bungey.

But it is equally clear that this story is not fiction, and its forceful reality makes the story all the more unnerving and disturbing. It is the type of murder mystery that is enjoyable to read on a rainy day—terrifying yet safe because of its clear fiction—brought to life. The podcast is the perfect medium for conveying that reality—there is nothing false about it. Were this a film or a television series, actors would likely be hired and characters created who, while linked to the real people involved, would still be distinct, separate people, introducing a fictional aspect to the piece through their acting. Were this to be a written piece, the narration and description would leave more up to the imagination of the reader. In this form, the people directly involved in the murder are a part of its depiction and the story’s creation. Their real voices are used, and they share their unscripted thoughts and reactions.

In classic murder-mystery form, the primary suspect is revealed to be a character who has already been introduced, and one who is not immediately obviously untrustworthy. But unlike in a murder mystery, he is a real person. His voice is a consistent presence on the podcast, narrating details and addressing listeners directly. In fact, according to Forde, “Speaking with [the suspect] became a regular part of [their] lives for a while.”

Even the background sounds of the podcast, which add to the unsettling and suspenseful feel, are anchored in reality. The music is subtle yet oddly terrifying. The fourth episode opens with unnerving, high-pitched screams which overlap and fill the air. At first, it was easy to believe that these screams were created in a studio by the producers for dramatic effect. But as the episode progresses it becomes clear that they are in fact from a recording of an annual tradition in which West Cork residents swim in an icy lake in cold weather. Some of the people most deeply involved with the case were in attendance and interviewed. In other words, even this detail is very, very real.

This kind of attention to detail is what sets “West Cork” apart. Its story is far from unique, and perhaps even notable for the impressive number of clichés it includes. But it carefully and constantly reminds listeners that these clichés are not merely boring motifs to be written off. They are based in reality and in this case, they have been played out fully in a way that is bloody, mysterious, and all-too real.