‘The Crossing’ Makes a Lot of Promises, But With No Sign of Fulfillment 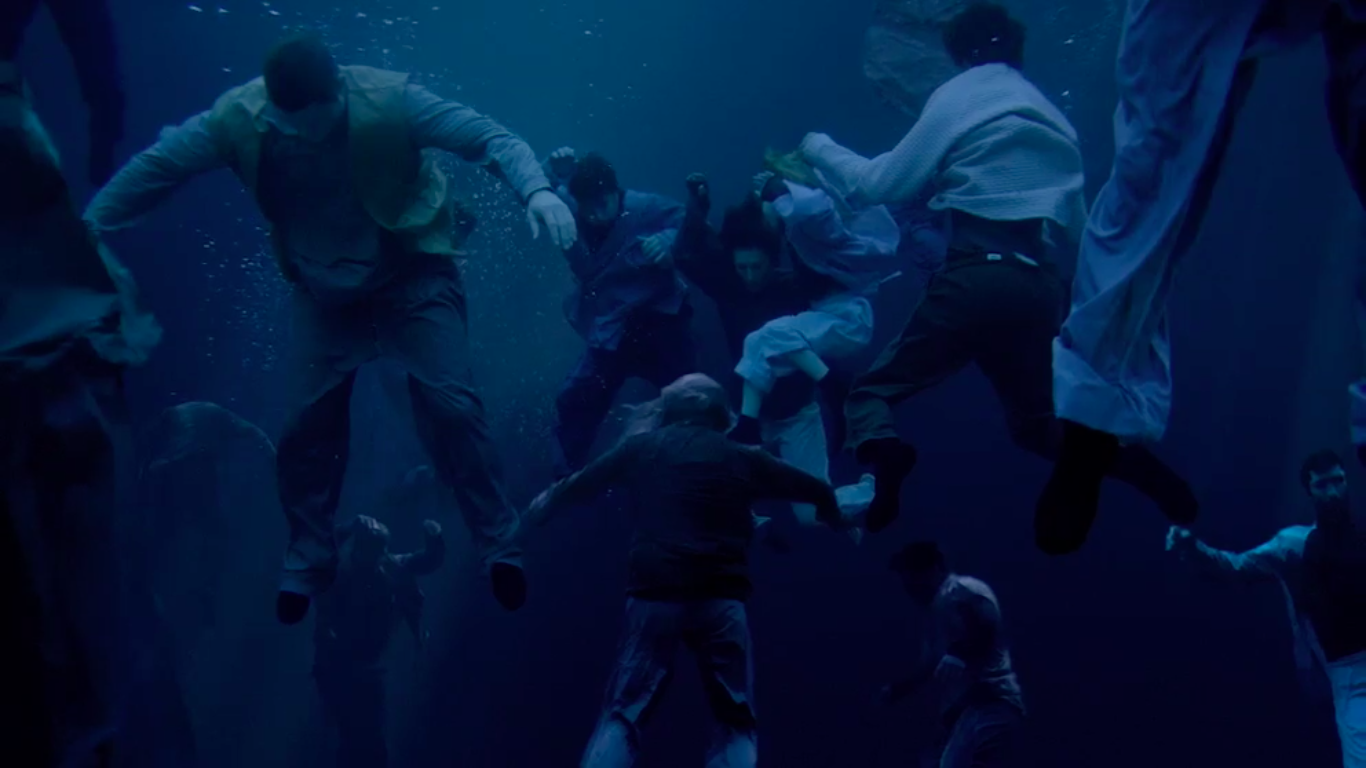 Bodies of refugees from the future float in the water in a scene from the premiere of "The Crossing" on ABC. By Courtesy of ABC
By Mason P. Sands, Contributing Writer

Hundreds of the drowning and drowned dot the rich blue waters of the ocean depths. A woman swims toward her child. Breathing oxygen into her daughter’s lungs, the mother pulls them both into the world above in an act of pure desperation. It is the scenes like this opening one—dramatic images that beget more questions than answer them—that drives the pilot of new ABC show “The Crossing” forward. This episode follows the sudden appearance of 500 people, only 47 of them alive, just off the coast of a small American town. They claim they are refugees—from the United States 180 years in the future.

While the new arrivals adapt to life in the present day, local and federal security forces, like local Sheriff Jude Ellis (Steve Zahn) and Department of Homeland Security Agent Emma Ren (Sandrine Holt), rush to protect the town and find answers in a situation that only becomes more complex as it unravels. With all its questions, alliances, betrayals, and subplots, “The Crossing” should be a fast-paced mystery drama, but the pilot is generally boring and passable at best. The episode never provides basic answers to questions about its world, and having such an ill-defined world—not understanding why, how, or what is at stake—disengages the audience instead of keeping them hooked. The success of the series will depend on when and how ABC plans on fulfilling its promise for answers.

“The Crossing” starts with a complex premise: Refugees have time traveled from the future in order to escape a genetically-engineered superhuman race, Apex, bent on their destruction. Time-travel and Apex are crucial parts of the overall story, but the pilot lacks sufficient explanations of what their implications are. When Sheriff Ellis questions the refugees on how time-travel developed, they simply say that the method they used was experimental.

Yet the series expects its audience to be surprised when it is revealed that the current refugee group wasn’t the first one to travel in time. It’s framed as a major plot point in the pilot, but there isn’t enough information in the first place to be certain that the specifications of experimental time travel only allowed for one group. Instead of getting new answers, there are just more questions (“What are the goals of the new group?” “Where are they now?”), adding uncertainty to an already very uncertain world.

Constant questioning and faux revelations distract from developing the context. Characters and world-building—important parts of any plot—remain undefined. The background on Agent Ren is sparse and inconsistent, and her details only emerge when a specific part of the plot requires it. For example, Ren reveals that she was a refugee at age six only when trying to pressure a refugee into revealing any of the group’s security risks. This is never discussed again with anyone, and her background as a refugee doesn’t differentiate her opinion and treatment of the arrival group from any other regular DHS agent. It is superfluous. The throwaway nature of Ren’s background is unfortunate because it could have given her a stake in fixing the refugee problem. The pilot never clarifies the stakes that the characters have in the central conflict.

The pilot of “The Crossing” provides a lot of questions, but it fails to define the context in which these questions exist. Moving forward, the series will need to do a lot of world-building and character development for any of its revelations to have some weight. Hopefully, this will come naturally as more mysteries are revealed because without an established context, the things that make mysteries engrossing—plot twists, false leads, and betrayals—don’t matter.