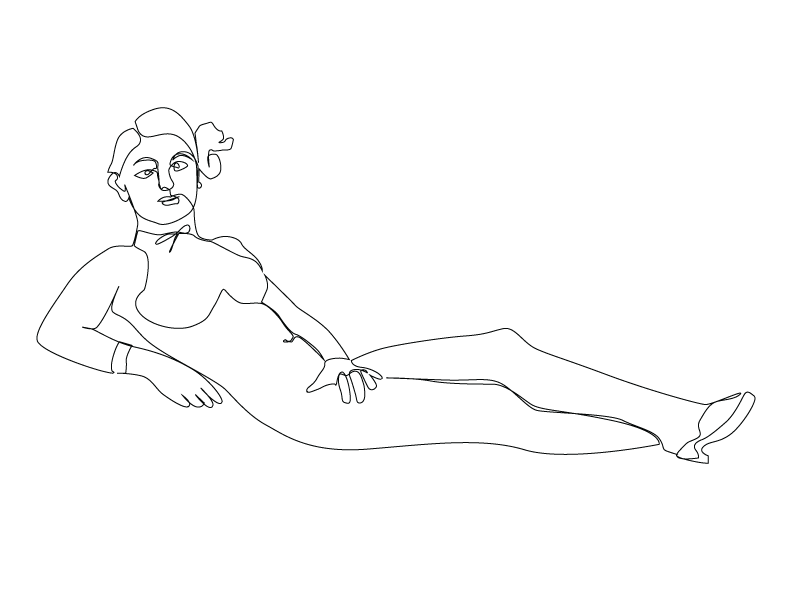 More than 150 years after it was painted, Édouard Manet's "Olympia" continues to astonish viewers with its subject’s challenging gaze and overt sexuality. Countless features and papers have discussed it because it is quite simply one of the most controversial works of the 19th century, so much so that guards have been forced to protect the painting from irate viewers. Yet the question still remains—more than a century and a half later, is it still as provocative as when it debuted?

French painter Édouard Manet (1832-1883), one of the originators of Impressionism, was known during his lifetime for painting portraits, marine landscapes, still lifes, and scenes of Parisian life with a unique style of brisk strokes. "Olympia" (1863) formed a clear departure from still lifes of dead rabbits. The painting is clearly linked to "Le Déjeuner sur l'Herbe" (1863), another scandalous painting depicting two men having a picnic in a park with a naked woman as a scantily dressed bather relaxes behind them. The lounging position of the nude in "Déjeuner" is echoed in "Olympia," although in the latter she is the central figure. An emerald velvet curtain is pulled back to reveal Olympia—a name commonly used by prostitutes at the time—reclining on a bed facing the viewer while a black female servant presents her with a large bouquet of flowers and a black cat stands at her feet. Interestingly enough, while “Déjeuner” failed to be accepted by the Paris Salons, “Olympia” was not. If anything, its 1865 exhibition shocked the public even more than its predecessor, so much so that the painting had to remain under watch until it could be moved out of their reach.

Critics were scandalized first by the subject: A prostitute receiving flowers from one of her clients. While nudes were accepted artistic subjects at the time, it was strictly within the context of mythic or allegorical works. The sheer size of this painting added to the fury because its subject was neither mythological nor historical—it was as if Manet were attempting to elevate a lower-class member of society. For this reason, he tried to defend himself by explaining that the form had been modeled off the reclining nude in "Venus of Urbino" (1538). By invoking Titian's established name, he hoped to defend himself from outrage.

Yet Olympia's hand which rests over her pelvis and the cat at her feet are too suggestive to be ignored by viewers, especially considering that the French word "chatte" has the same double meaning as the English word "pussy." As to the painting style, there is no subtlety: Manet's broad strokes are so visible that the light is rendered extremely crudely. There is very little use of chiaroscuro (a technique employed to represent dimension using light and shadow) except for on Olympia's hand, so that its three-dimensional presence cannot help but draw the viewer's attention. Of course there is also her infamous arresting gaze, absolutely shameless and undaunted. Victorine Meurent, the model who posed for this painting, modelled for Manet many other times both clothed and nude—yet it is here that she is best remembered, her insouciance magnified and immortalized. Small details like the thin black choker around her neck, the orchid in her hair, her bracelet, and her mule slippers only make her feel more exposed—not that she seems to care.

Critics did not take well to the black maid either, viewing her presence as adding to the painting's moral depravity. Given that slavery had been abolished in France only five years before, the maid's presence, for critics, only added to the sense of "inferiority" present in the painting. The contrast between the maid's ebony skin and Olympia's ashy complexion brings to the forefront the issue of racial division, but it also questions the difference in these women's respective positions within society—if we think of prostitution as modern slavery, how does this influence our perception of a woman whose skin color makes her property in another country? Is a prostitute classified as lower in status than her black maid? The distance between them, the sense that the maid is pulling away from her, and even the cat arching his back in fear raise these questions—and more. Olympia's large, expensive-looking bouquet, however, suggests she is more than a common prostitute. Thus her maid clad in a clean, light-colored dress, is not merely a common servant. Ultimately, the hierarchy is not clear. Perhaps that is what made critics most fearful.

Though Manet wields colors and shadows largely for composition, these stylistic elements are also indicative of the subjects' imposed morality. The black coloring, so often rather problematically representing darkness and corruption, is not simply restricted to the maid and the cat. Olympia's outline is tinged with it, too. Moreover her white skin is made impure by an underlying green hue symptomatic of venereal diseases like syphilis. In spite of her dark skin, the maid is clothed in a peachy dress, as if to illustrate further that the lines between immorality and purity are being blurred.

Part of what makes the painting so important to this day is its realism. It symbolizes both an artistic and literary moment fascinated with the lives of real people and their work. We may recognize the composition of "Olympia" in other paintings besides that of Titian, like in those by Goya and Ingres, but what makes “Olympia” so different is that it is not in the least idealized. The painting is a snapshot of real people. Just for a moment, we leave our own safe, sanitized lives and we are let into the reality of something much more disquieting. The curled edge of the curtain only reinforces the feeling that we are being let into a secret world.

Years after Manet painted “Olympia,” visitors at the top floor of the Musée d'Orsay will likely find that this painting continues to stand out among all the Impressionist masterpieces. And it always will. Crowds converge from all around the world to view the contours of Olympia's body. They come to stare and also to be stared at by her commanding eyes. The maid and her ambiguity are equally enticing. Who are the women in this painting? And is Olympia actually emblematic of the male gaze—does she exists as a morsel to be devoured by the public or is she the one devouring us? Look as we might, Olympia's cold stare does not return any sure answers, and this is the reason why we keep coming back to it after all this time.

—Staff writer Aline G. Damas can be reached at aline.damas@thecrimson.com