No Need to be ‘Flashy’: How Harvard Advertises Itself 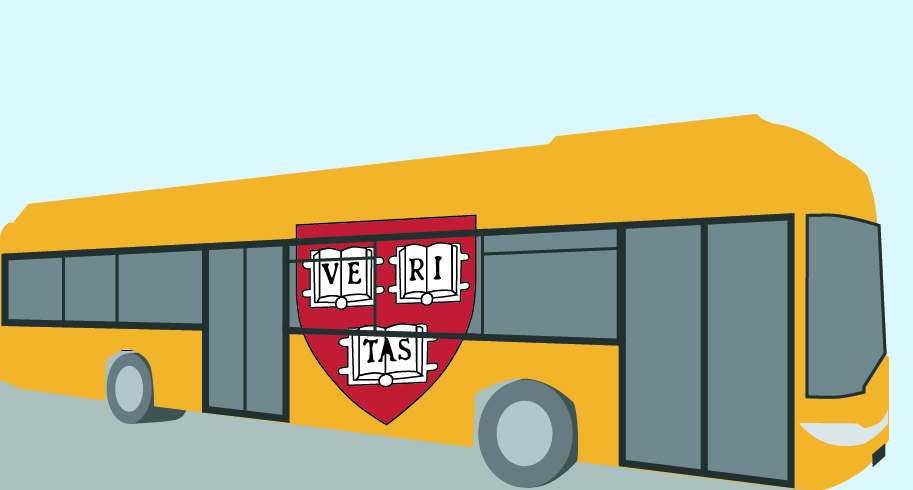 But the chances of Harvard actually purchasing such an advertisement are low. Walking around Harvard Square and the Greater Boston area, prospective students and tourists are hard pressed to find the typical trappings of such a sizeable budget—billboards branded with the University’s crest or posters emblazoned in crimson.

In many ways, the Harvard name sells itself, according to Law School Director of Executive Education Scott A. Westfahl. Even the University’s newer revenue-generating programs, including executive education and the summer school, benefit from the brand.

“I think the hardest part of my job is knowing that the Harvard brand is incredibly powerful,” Westfahl said. “We have to exceed expectations that are already really, really high.”

John Maguire, former dean of admissions at Boston College, distinguished Harvard from “institutions that are trying to position themselves in the marketplace,” which might need to engage in more general brand promotion.

He pointed to Southern New Hampshire University, which he said has been particularly successful at this goal through its aggressive advertising campaigns.

By contrast, Maguire said Harvard and its peer institutions have rarely needed to engage in this type of marketing. Instead, Harvard has chosen to allocate its sizeable advertising budget to promote short-term and traditionally less-emphasized programs, including executive and continuing education courses.

Among its flagship schools and programs, Harvard does not suffer from lack of interest.

But the Medical School does not pay to advertise this program, HMS Spokesperson Gina Vild wrote in an email.

The School of Engineering and Applied Sciences also takes a less active approach to marketing, according to SEAS spokesperson Paul Karoff.

“We do not have a marketing budget, period,” Karoff said. “Anything we do in that regard would be in the public website and just trying to raise awareness through free media.”

Karoff added that the College and the Graduate School of Arts and Sciences, which grant degrees on behalf of SEAS, mostly handle promotion and recruitment to prospective engineering students.

“It's very tactical,” he said. “You're going to be choosing things that are going to drive people to a call to action right away, whether that's applying for the program or making a phone call.”

Much of Harvard’s advertising dollars go toward lucrative short-term programs, like the several executive education programs Harvard has developed in recent years and the Division of Continuing Education’s extension and summer courses, according to University spokesperson Melodie L. Jackson.

“In general, this includes advertising and marketing expenses incurred by schools and departments across the university,” Jackson wrote in an email. 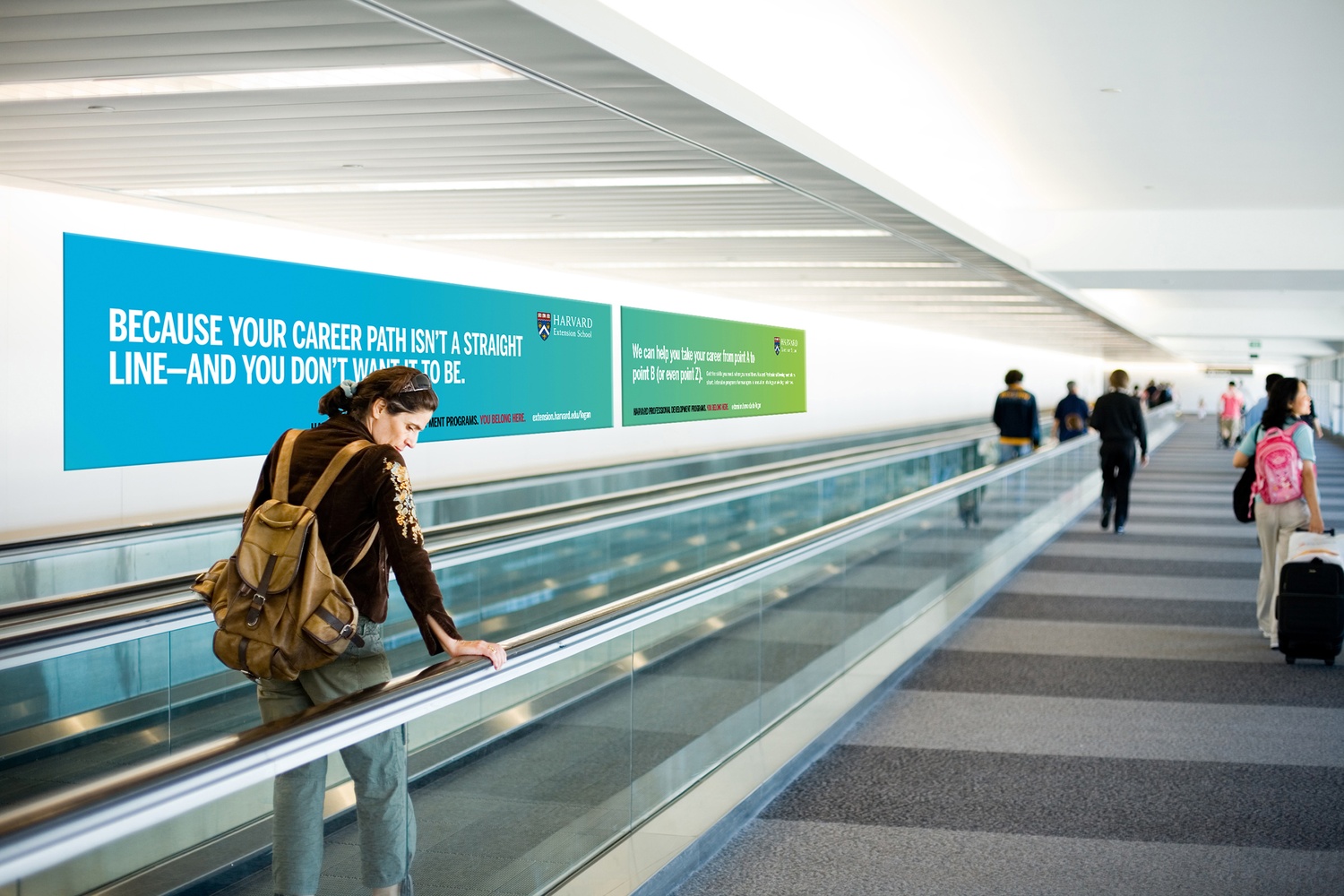 PBD has designed advertising materials and campaigns for a number of Harvard schools, including the Division of Continuing Education. By Courtesy of PBD and Ginny Caggiano

Business School Chief Marketing and Communications Officer Brian Kenny said this is especially important due to the high amount of competition within the field of continuing education.

“The executive education field, generally speaking, is a pretty crowded one,” he said. “Even as prominent as the Harvard Business School brand and reputation is, they constantly have to be out there reminding people that we do this and that we do it well.”

She wrote that the Medical School uses both digital and print advertising to reach different audiences—including academics, healthcare executives, students, and members of the general public.

By contrast, Westfahl said the Law School advertises to dispel misconceptions that it offers a “leadership program.”

Unlike other leadership programs for professionals, the Law School’s program is an opportunity for further education in the legal field, Westfahl said.

Schools and departments largely determine how to allocate their own advertising budgets. Some outsource their marketing efforts to independent firms, while others handle campaigns in-house.

Among the outside firms used is PBD Partners, a Cambridge-based digital media and advertising studio. PBD has created advertisements for the Harvard Extension School that debuted on MBTA trains and in Logan Airport.

“All design is a very iterative process,” Beer said. “As much as we want to know everything about [our clients], they’re always going to know themselves best.”

In recent years, schools including the School of Public Health have started using their social media accounts as a cheaper, but still effective, alternative to expensive ad campaigns or mass-emails.

DiPillo said LinkedIn posts about the school’s executive education courses have constituted some of their most effective advertising efforts.

“People who are active on LinkedIn have already pretty much self-selected as being interested in professional development,” DiPillo said. “They’re looking for opportunities to grow, so we promote articles that we write about the courses.”

The School of Public Health has also specifically targeted their alumni with marketing materials for their executive programs.

“We mail to an internal list including our alumni for each program as well as purchase mailing lists from organizations that have a similar audience to what we’re targeting,” DiPillo said.

When Harvard does spend on its more high-profile programs, it does not plaster advertisements on public transportation, but rather invests in market research.

Mark Cunningham, an executive vice president at Massachusetts-based marketing firm Carnegie Dartlet, said this type of research is especially valuable for selective, prestigious institutions like Harvard that do not need to focus as much on brand awareness or increasing enrollment.

Cunningham said these universities conduct market research in order to determine the best strategies for their own digital marketing efforts.

“What perceptions you might understand and shift... can dictate the way that you might approach digital marketing,” he said.

Kenny said the Business School works to change certain perceptions about the school through school-wide marketing efforts. In particular, he said the school has emphasized the strength of its entrepreneurship programs in response to market research.

“If something looks overproduced and flashy, lawyers are inherently skeptical about it,” Westfahl said.

“Our materials do not need to be as flashy.”