Born to Play Softball: Female Athlete of the Year, Runner-Up 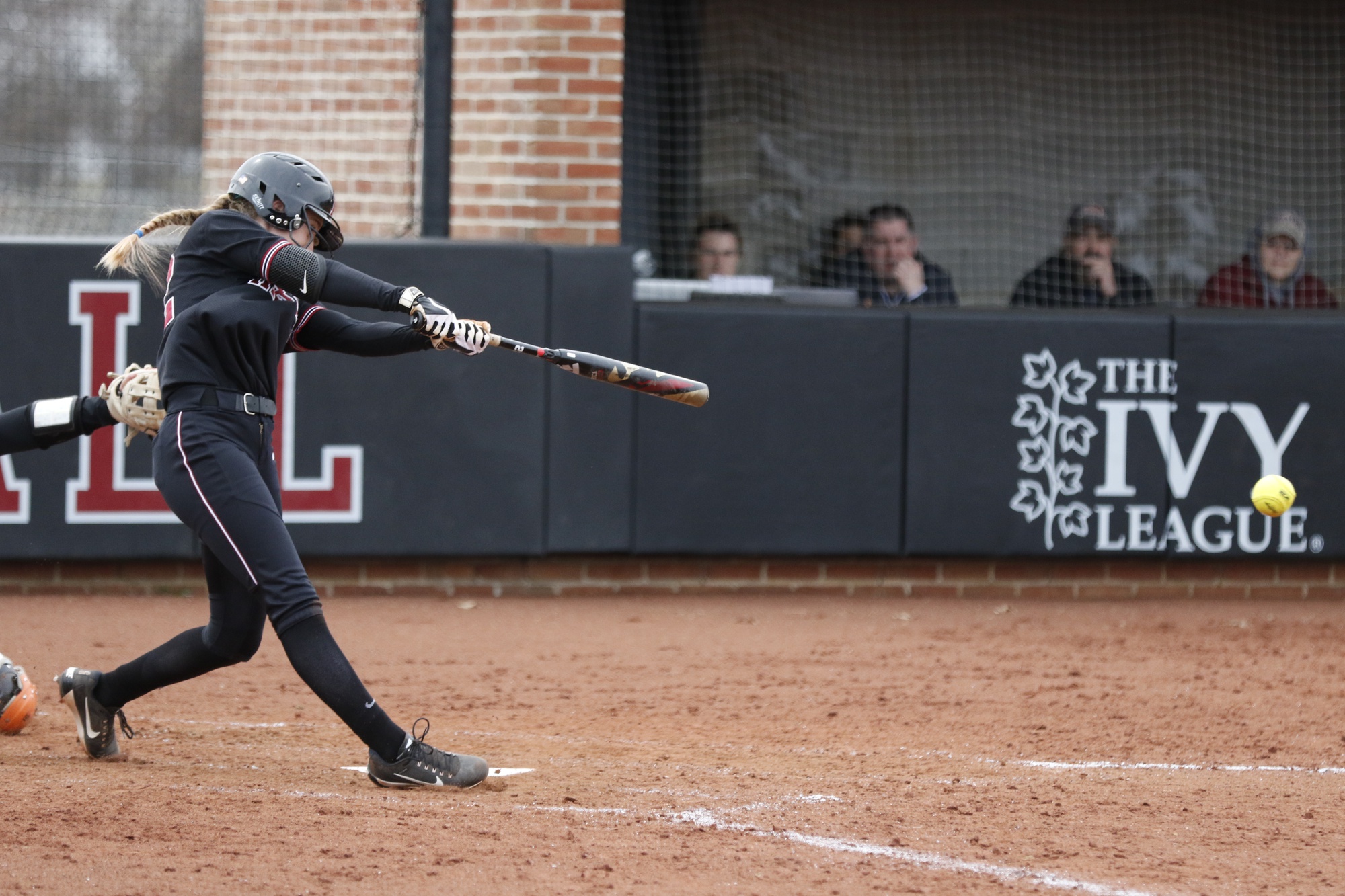 Rich provides everything out of the leadoff spot for the Crimson. She hits for power (16 extra-base hits), hits for contact (.442 batting average), and is exceptionally quick (six triples, seven steals).
By Jack Stockless, Crimson Staff Writer

“After I was born my older sister had a softball game, so instead of going home from the hospital I went straight to a softball field,” Rich said.

It didn’t take long for Rich to follow in the footsteps of her older sisters, who played at the collegiate level at Columbia and Stanford. As soon as she set foot on Harvard’s campus, she established herself as the team’s starting shortstop. Now in the spring of her junior year, Rich has been a model of consistency for three straight seasons.

Her career numbers are staggering: a .410 batting average (which at the moment is the highest in Harvard history), an OPS north of 1.000, 178 hits, and just 21 strikeouts in 128 games and 483 plate appearances. But perhaps most interesting are her 17 triples.

“I’d say some of the time it’s teams kind of underestimate how far I can hit the ball, so they play me in a little more than typical players because I’m also pretty small too,” Rich said. “And then whenever I do hit the ball into the gap I’m automatically thinking three or two. No matter where the ball is, that’s my mentality and I think that really helps a lot because there’s no hesitation on my part.”

Though she leads off and hits from the left side of the plate, Rich is not a slap hitter. She approaches her at-bats with a mentality more similar to a typical middle of the order hitter, patiently waiting for the right pitch and shooting for the gaps.

This season was no exception to Rich’s extraordinary career performance. The shortstop hit .436 with an 1.129 OPS, racked up an Ivy-leading six triples and 42 runs scored, swiped seven bases, and slammed two home runs.

Some of the statistics are hard to believe. During an 11-game hitting streak between April 7 and April 29, Rich went 22-for-33 with 10 runs scored, nine RBI, three doubles, two triples, and a home run. After March 13, she struck out just one time.

For her accomplishments at the plate and in the field in 2018, Rich was unanimously selected to the All-Ivy team at shortstop by the conference’s coaches. The junior joins classmates Katie Duncan (Ivy Pitcher of the Year) and second baseman Meagan Lantz and senior co-captain Maddy Kaplan on the first team.

"Once the season ends it's pretty heartbreaking for me, and I'm still really in softball mode. I don't really enjoy the lax time—I like to get out there and grind it out," Rich said.

Despite her machine-like consistency throughout the years, Rich has evolved significantly as a player and a teammate. She has taken on a larger leadership role, which has been crucial to the Crimson’s continued success this season. The co-captain and outfield duo of Kaplan and junior Kaitlyn Schiffhauer are the team’s de facto leaders, but Rich captains the infield in her own way.

“She’s not a vocal leader,” coach Jenny Allard said. “Rhi leads by example. You love to watch Rhianna play the game—she’s that type of an athlete. But she doesn’t have to say a lot because she’s capable of doing so much, so when she does speak it really matters.” 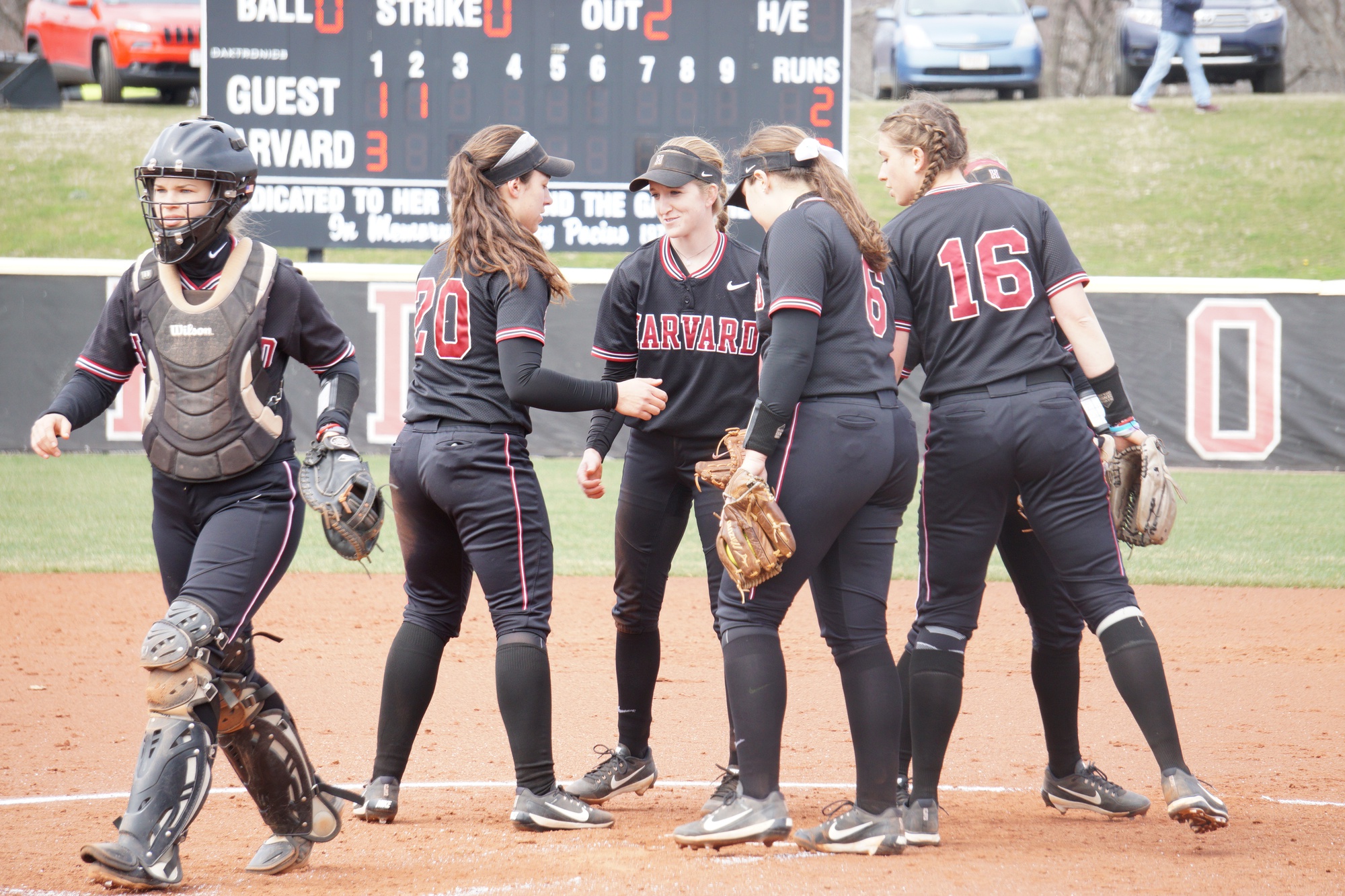 The El Segundo, Calif., native (center) has made great strides in terms of her leadership. As the shortstop, she has learned to take greater control of the infield and is a leader-by-example behind co-captains Maddy Kaplan and Kaitlyn Schiffhauer. By Allison G. Lee

Lantz, who is Rich’s new double play partner, echoes her coach’s words, pointing to the pair’s chemistry up the middle and Rich’s leadership by example.

“I’m so lucky that I have the opportunity to play with someone like her,” Lantz said. “She’s just somebody that pushes everybody on the team to be better, and she is truly an inspiration through her natural talent.”

Along with her evolution as a leader, Rich has made continuous strides with her defense—crucial since her’s is a premier defensive position—in terms of throwing on the run and ranging to either side. She’s also become more of a situational hitter.

“I think I really worked on outside pitches and then being a better leadoff for the team,” Rich said. “I felt like last season I let the team down in some ways because my first at-bat leading off for the team, it could’ve been either a better at-bat or a better result, so I felt like mentally I was really focused on getting the team excited about the game by being that spark for the top of the lineup.”

The secret behind Rich’s ability to improve upon an already elite skill set? Work, work, and more work. A couple of weeks after the season ends, she goes home to El Segundo, Calif., to get in cage work and to stay in shape. Over the course of the summer, she only spends about two weeks away from softball.

“Once the season ends it’s pretty heartbreaking for me, and I’m still really in softball mode,” Rich said. “I don’t really enjoy the lax time—I like to get out there and grind it out.”

Allard noticed all these traits in Rich from the very start, and she especially extolled her starting shortstop’s consistency, noting that she would make every play, always swing hard, and give maximum effort during every game. Allard also pointed to Rich’s ability to see the game, knowing what plays need to be made and matching her skills to what the team needs at any given moment.

“I always know that when she’s up something’s going to happen,” Lantz added. “When she’s up at the plate, whether there are runners on or there’s nobody on, Rhianna’s a spark plug, and she can really get an inning rolling. In the field, she makes tough plays look routine, and she makes it look so smooth all the time. There’s not really much more you can ask.” 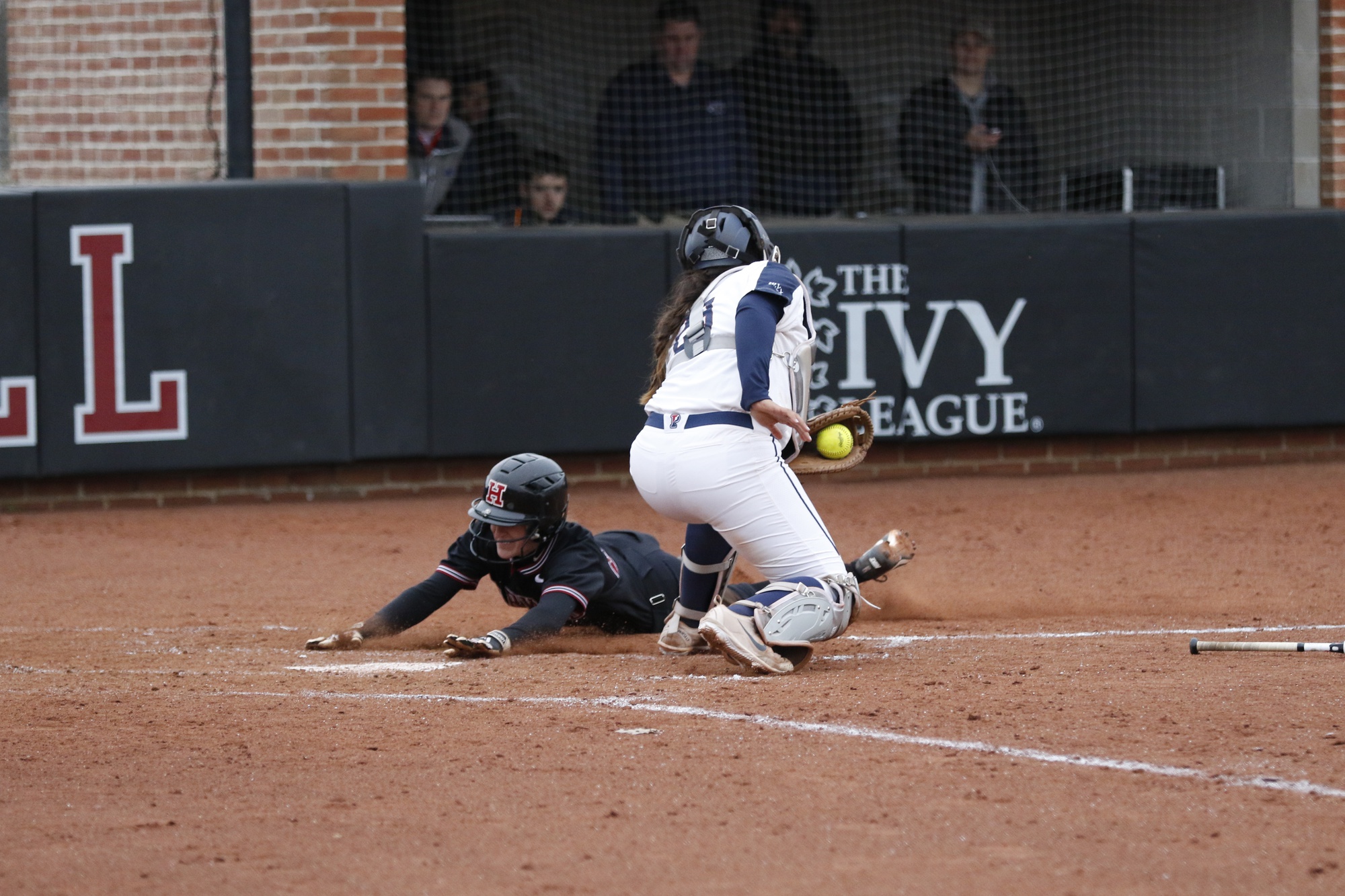 Rich's speed and aggressiveness on the basepaths consistently puts her in scoring position and creates extra runs for the Harvard softball team. By Timothy R. O'Meara

Rich’s determination and drive—along with the rest of her team’s—booked Harvard a date in the NCAA Regionals against No. 9 Georgia, which has the seventh seed in the 64-team tournament. The Crimson ultimately lost its opening round game to the Bulldogs and subsequently fell in an elimination game against California.

For the third straight year, Harvard took on a fellow Ivy team in the league’s championship series. The previous two seasons concluded with losses to Princeton, which went on to face elimination in each of its attempts at regionals. This time, however, the Crimson triumphed over Dartmouth and won the conference for the first time since 2012.

Regardless of the result this weekend, however, Rich is just looking to take advantage of her last calendar year as a member of the Crimson.

“I’ve been dreaming of [winning the Ivy League and going to regionals] for every day the past three years that I’ve been here,” Rich said. “But I think if we’re talking about personally for next year, I think it’s to enjoy my last year playing softball.... I love my team and I’m happy that I get to finish out my last year with HSB.”