‘The Word Is Murder’: A Mystery that Blends Fiction and Reality 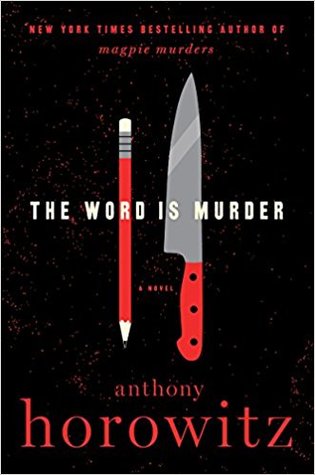 Anthony Horowitz isn’t afraid to change up the classic mystery, and “The Word Is Murder” is no exception. After “The Magpie Murders,” in which a script for a classic mystery is embedded in the tale of a modern mystery, Horowitz has written a mystery in first person and placed himself in the position of “Sherlock Holmes”’ Watson. In a narrative that follows an ex-police detective who has been hired to investigate a tough case, Horowitz supposedly bases this novel on a real case, instead of one created by his imagination. In this novel, Horowitz blends fiction and reality until they are indistinguishable.

Although still a work of fiction, “The Word Is Murder” is written in first person, and the narrator is Horowitz himself. He stays true to the facts about himself, detailing his work as a creator on the show “Foyle’s War” and his successful “Alex Rider” children’s book series. Horowitz takes the first person to the next level, explaining throughout the narration how he decided what details from this “real life” investigation to include and exclude in the novel while discussing how certain aspects of writing this story gave him difficulty like starting the writing process before even knowing if the detective, Hawthorne, would ever be able to solve the case. This adds another mystery to the novel: How much of what is written is real and how much is fake? The facts of Horowitz’s life are true, but the famous actor Damian Cowper, whose mother is murdered in the first chapter of the novel, is fictional. Yet again, Horowitz has stuffed one mystery inside another.

Such an interactive narrator is helpful at times in the mystery, as Horowitz gives vague clues that hint at the novel’s twist. For instance, Horowitz writes, “As for Chapter One, forget the bell and the Mont Blanc pen…[b]ut be assured that the rest of it, including a clue which would indicate, quite clearly, the identity of the killer, is spot on.” It is this narration that allows “The Word Is Murder” to be more than the average detective novel. What’s more, the detective in question does not fall into the usual character trope, although he possesses the uncanny ability to derive information from the simplest clues much like most detectives in such novels. Hawthorne is ex-police (due to a mysterious, years old incident that got him fired) and he is wholly unlikeable and a raging homophobe. Beyond these basic facts, Horowitz seems to know little else about Hawthorne, making the detective of the story a bit of a mystery himself.

Horowitz discovers Hawthorne’s homophobia early on in the investigation and wonders whether he should even continue writing if it would give celebrity to someone who so blatantly disrespects others. “I do have many close friends who are gay and if I made a hero out of Hawthorne, if I gave any space to his opinions, they probably wouldn’t stay friends for long,” Horowitz writes. Horowitz correctly feels uncomfortable writing Hawthorne as a sympathetic character and although he initially seems unwilling to put these opinions in his book, he does so anyway. To explain his decision to continue the project, despite Hawthorne’s homophobic tendencies, Horowitz says he will, “without any way condoning it...explore why he felt that way and if as a result [Horowitz] came to understand him a little better, then surely nobody would complain.” But by the end of the novel, the origins of Hawthorne’s homophobia is one mystery that remains unsolved. No matter where the reader falls on this issue, the quick way Horowitz deals with this topic does it an injustice by bringing this up, yet failing to reach the promised conclusion. There is almost no investigation into why Hawthorne acts this way, despite Horowitz’s insistence that this will justify writing about a homophobic person. Here Horowitz is hypocritical, and it is unclear if he is purposely going easy on a reprehensible character while pretending to be socially conscious or if he became too lost in his writing of the main mystery and forgot to further explore Hawthorne’s character. The discussion should either be more prevalent, or discarded completely.

Despite the poor handling of a social issue, “The Word Is Murder” remains an intriguing detective novel that beautifully intertwines fiction and reality. Horowitz, yet again, has complicated the typical mystery and created something that is difficult to explain but easy to follow.