‘Green Book’ More Black and White Than Anything Else 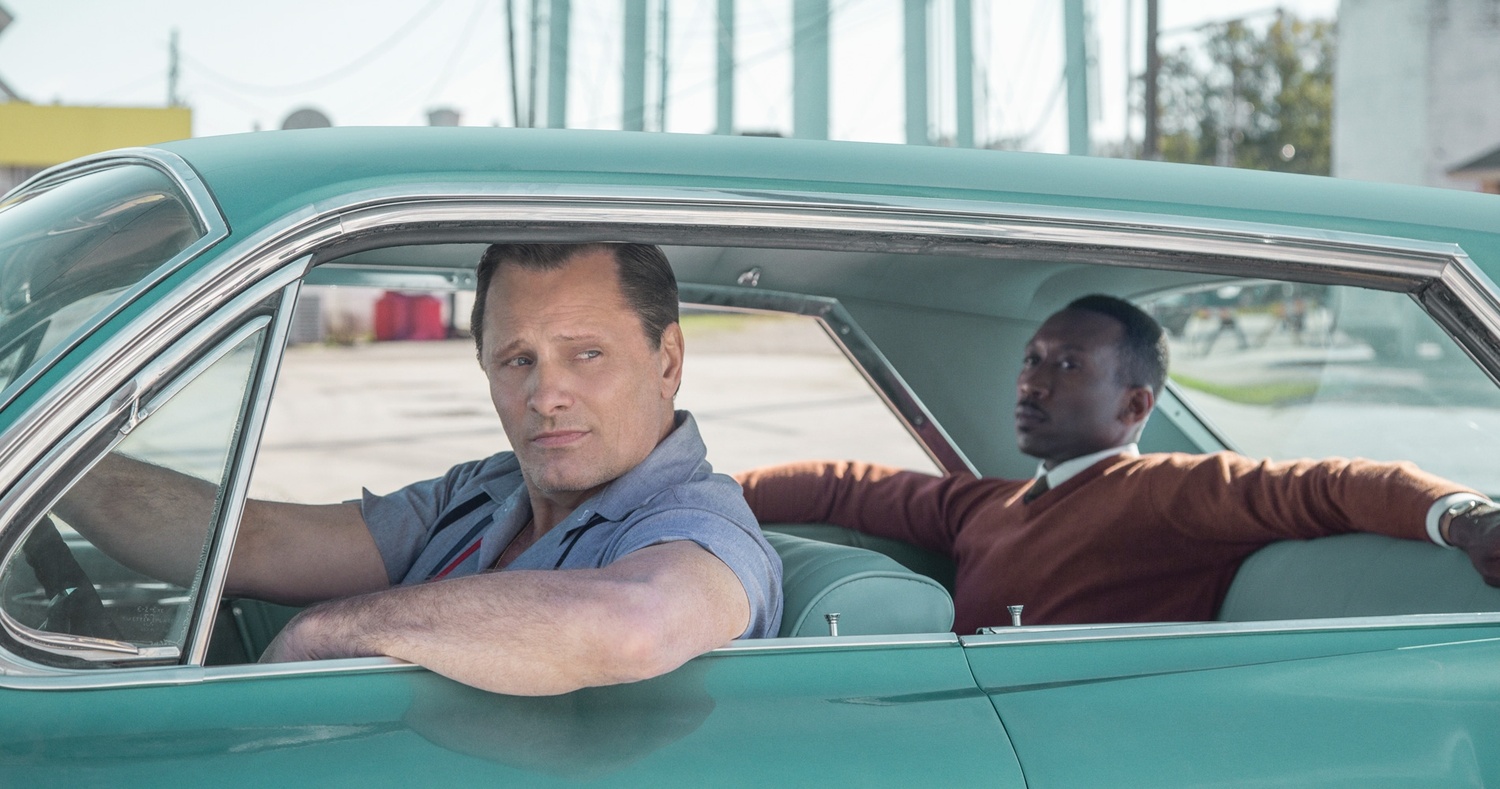 In one of the opening sequences of Peter Farrelly’s “Green Book,” Dolores (Linda Cardellini) offers two black plumbers glasses of water while they fix something in her kitchen. When her husband notices them in the sink, he throws them out without a second glance. This is Tony Lip (Viggo Mortensen), a racist, cunning, wily bouncer hired to drive famed musician Don Shirley (Mahershala Ali) while he tours across the Deep South. Based on a true story, Tony and Don’s ventures into the Deep South evoke a sort of “Driving Miss Daisy” in reverse that hinges on subverted tropes and flipped expectations: Don is black, wealthy, single, well-spoken, and dignified, while Tony is a white, roughhousing, inconsiderate, working class family man. Farrelly doesn’t stray too far from the comedic genre he is most known for, but in his tendency toward the lighthearted, he eschews impactful subtlety in favor of a feel-good movie with ultimately little substance.

While the film sheds light on a little known relic from the Jim Crow era, its screenplay fails to treat it with any legitimacy. “Green Book” refers to Victor Hugo Green’s “The Negro Motorist Green Book,” a guide black Americans traveling in the South used from 1936 to 1966 to avoid towns and establishments that sanctioned discrimination and institutionalized segregation. Tony’s failure to abide by the “Green Book” leads to a particularly charged, dangerous encounter with the police in a “sundown” town, in which black people were subject to arrest if found in public after sunset. Once Tony and Don are imprisoned, Don uses his connections to get them out of the situation, but not before imparting Tony with a lesson the film tries too hard to teach its audience: “You never win with violence. You only win when you maintain your dignity.” The screenplay is filled with a dozen such maxims, veering too far into the didactic and managing to resonate only thanks to the genuineness imparted by Ali and Mortensen.

Indeed, the film’s success rests largely on Ali and Mortensen’s tangible chemistry and respectively remarkable performances, enlivening the simplistic plot, screenplay, and otherwise one-note characters. Mortensen, who gained 45 pounds to embody the heavyset Tony, uses his body to enact a physical comedy familiar to fans of Farrelly’s past work, like “Dumb and Dumber,” in sharp contrast to Ali’s slim, tall physique that acutely evokes his regal nature.

Ali plays Don with almost severe sternness, his sharp, proper speech the perfect counterpart to Tony’s thick, New York, Italian-American accented vernacular. The two play essentially opposite characters, but come together in the shared authenticity of their respective portrayals: Mortensen’s Tony alternates between slouching and leaning back with a nonchalance that reveals both his privilege and laid-back nature, his body language carefully reflecting the character’s sense of identity; on the other hand, Ali’s Don walks tall, confidently, but never arrogantly, simultaneously alluding to the prodigy’s humility and elegance with which he teaches Tony to better himself.

For all the multiplicity of identity that the men teach each other — “So if I’m not black enough and if I’m not white enough, then tell me, Tony, what am I?” Don shouts at Tony at one of the emotional climaxes of the film; “You live in a castle. I live in the streets,” Tony tells Don at another point — the film is disappointingly too black and white (no pun intended) to impart its audience, or even its actors, with anything meaningful. At the end of the movie, Tony chastises his brother for using a racial slur to refer to Don. The moment is meant to reinforce Tony’s evolution from a man who would throw away glassware used by black men to one whose friendship with a black man has presumably cured him of his prejudice. Because, of course, now that Tony has a black friend in Don Shirley — one whose blackness Tony constantly questions — Tony has relieved himself of his racism, right?

By the film’s end, every trite, expected faux reflection on racism and classism has been fully realized. Ironically, Mortensen’s own behavior at a recent screening of the movie points to the film’s own failure to do what it so obviously wants to. When talking about the normality with which the n-word was used at in the ’60s, Mortensen uttered the full word, much to his co-star’s disappointment. Mortensen’s use of the word is not a fault of the movie itself, of course, but nonetheless mirrors the ignorance the film only superficially engages with.

“Green Book” is sure to be a crowd-pleaser — it won the People’s Choice Award at the Toronto International Film Festival and the National Board Review just named it the best film of 2018 — no doubt thanks to Farrelly’s acumen for comedy. But Farrelly has yet to learn how to balance the comedic with the consequential. “Green Book” is a fun road trip movie, but its didactic, facile sense of importance lacks the substance inherent in the pages of the book it was named for.

A previous version of this article incorrectly referred to the film as "The Green Book." In fact, the film's title is "Green Book."