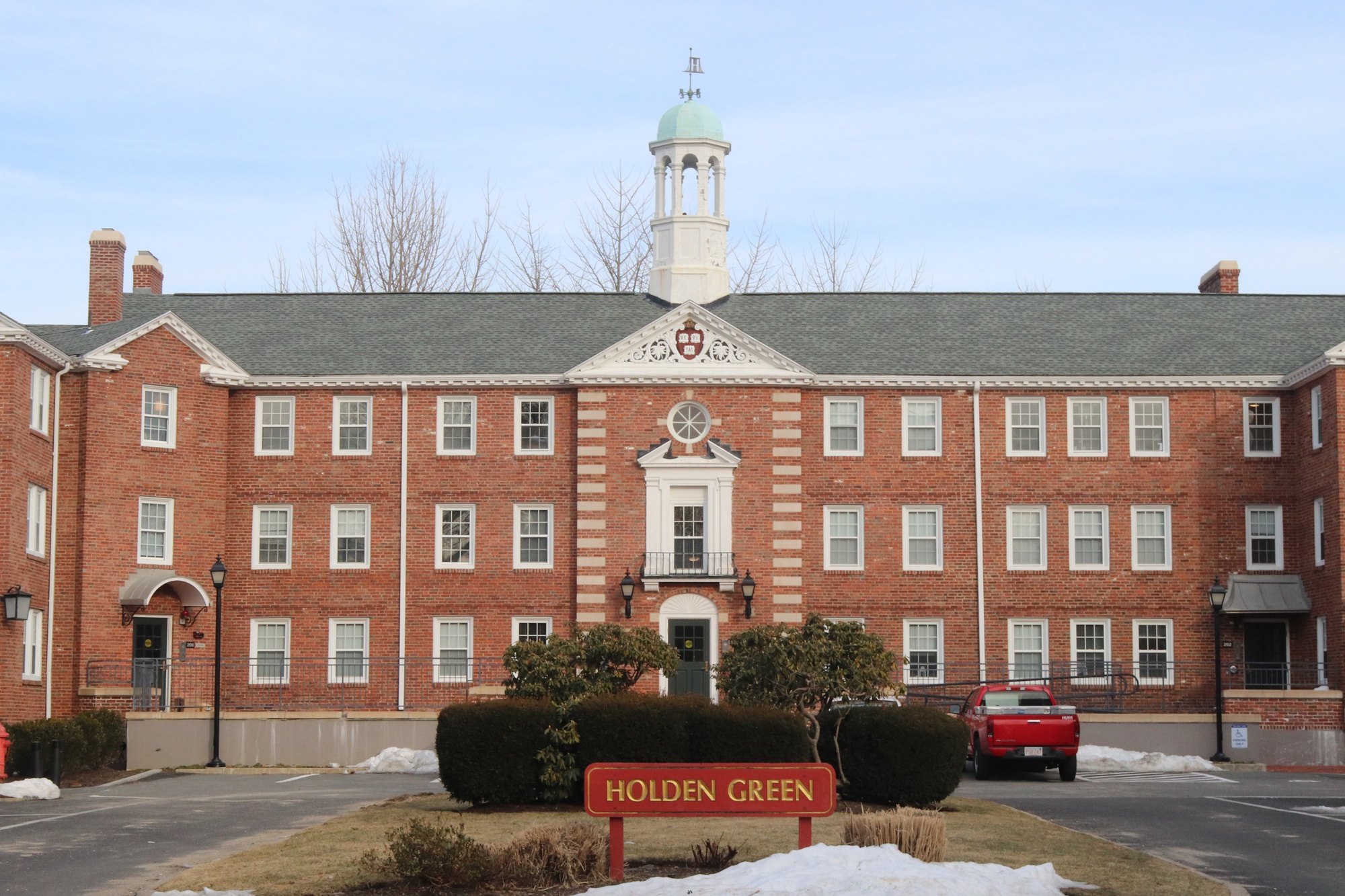 Holden Green is a graduate student housing complex where many fire alarms have been going off recently.
By Luke A. Williams, Crimson Staff Writer 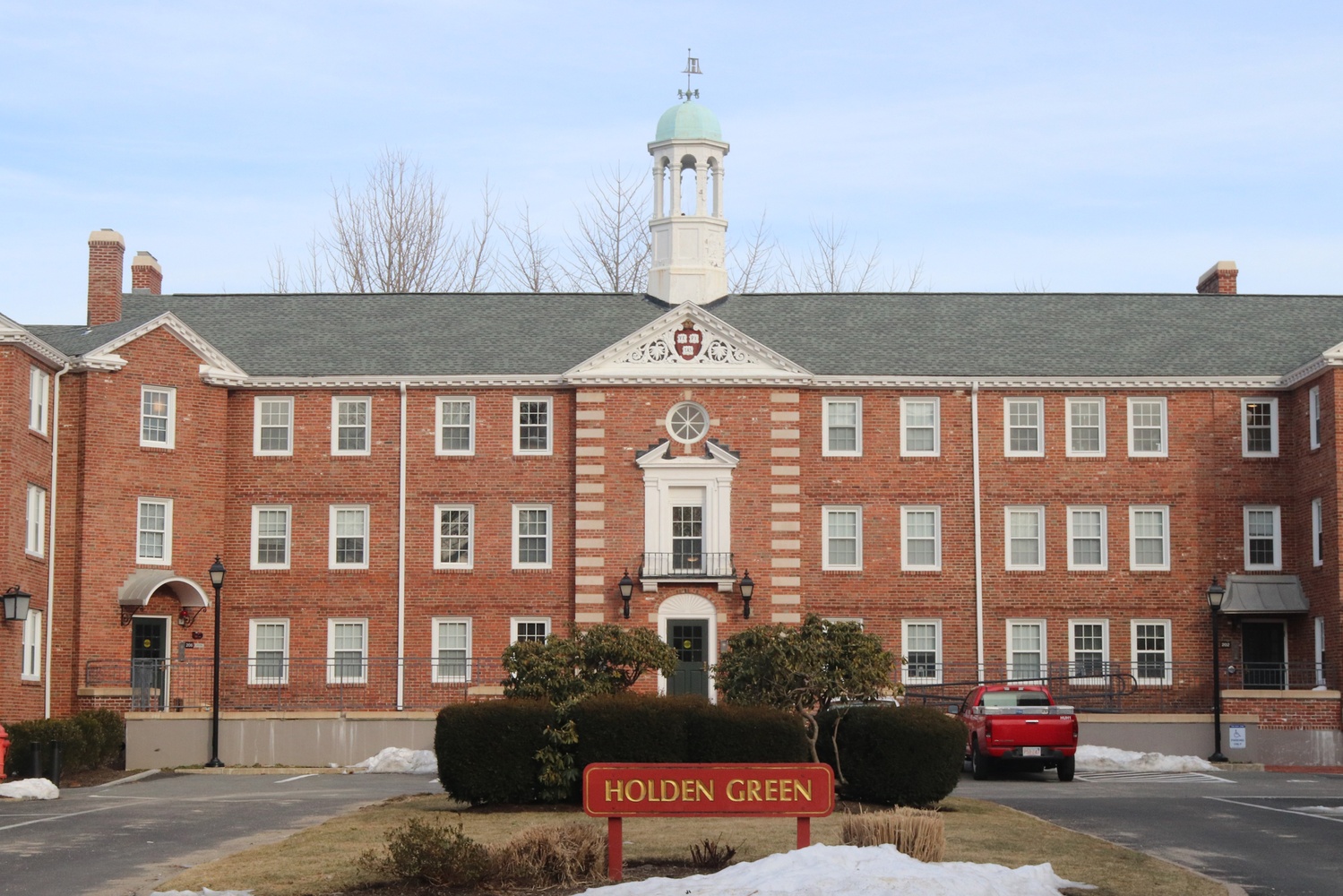 Holden Green is a graduate student housing complex where many fire alarms have been going off recently. By Kathryn S. Kuhar

From fall 2017 to early this year, the shriek of fire alarms in Harvard’s Holden Green housing complex have become regular background noise to residents’ daily activities from bedtime to birthday parties.

Professors, graduate students, and their families living in the collection of buildings along the Somerville-Cambridge border were already in the midst of a months-long construction debacle — with limited access to residences, constant dust, jackhammering, and water leaks — when the alarms started going off sporadically in Sept. 2017, sometimes multiple times a week.

The sirens rang 48 times before seeming to stop earlier this month, according to Somerville Fire Department records. Every single one was a false alarm.

Responders found supposed causes including malfunction, low battery, “hazardous materials,” gas leaks, and false smoke and heat detectors, but never once saw such conditions. In 11 cases, firefighters could not identify the cause of the alarm. Sometimes, multiple sirens would sound in a single day — on Dec. 28, 2018 four false alarms went off in the same room between 6:13 p.m. and 9:07 p.m. That apartment alone saw 33 of 48 alarms.

Somerville Fire Department Lt. Tim Donovan said firefighters took these calls “very seriously,” with five firefighters and two trucks regularly sent to assess the danger to residents while working to turn the alarm off. After months of recurring alarms, the trucks began to arrive in silence.

University spokesperson Brigid O’Rourke wrote in an emailed statement that inspectors found hot air vents placed near residents' alarms may have caused some of the false sirens. In early January, Harvard University Housing and a third-party consultant redirected the airflow of the vents in apartments with recurring alarms. Since January 7, there have been no false alarms.

“Harvard University Housing appreciates residents’ continued patience as it works to further ensure that all safety systems and detection devices are functioning properly,” O’ Rourke wrote. “[Harvard University Housing] is confident that while some of the alarms may currently be operating in an overly sensitive manner, they have all been repeatedly tested, remain functional, and have been determined to be fully able to detect any life threatening emergencies.”

Following the months of alarms, Holden Green residents Pedro and Renata Moreira said they consider themselves lucky: They only had one false alarm in their apartment.

“We were recently moved here and I woke up at 3:00 a.m. and saw the fire department and said ‘Oh, my God. We need to leave,’” Pedro Moreira said.

He said his initial fear transformed into a persistent worry that if a real emergency occurred, people might not react.

“There’s always that joke that when you were a kid your mother said, ‘Don’t pretend you’re in an emergency when you are not, because when you really have an emergency people will think that you’re pretending,’” Pedro Moreira said. “I’m always afraid of that.”

For many of Holden Green’s residents, the alarms became part of everyday life. David Brivio, a resident who has six children, said that whenever an alarm went off they saw the firetruck and said, “‘Oh, another time!’”

The Moreiras even threw a firefighter-themed birthday for their son after he befriended the building’s frequent visitors.

“We ran out and bought some firefighter hats for the kids. I made the joke, ‘Well, when the firefighters come we can go there,’” Pedro Moreira said. Sure enough, an alarm went off in the middle of the party and firefighters showed up.

Despite residents’ determination to make the most of the situation, many said they were still frustrated by long months without a solution.

“Harvard knows it is responsible to do something,” Renata Moreira said. “This week they are having an inspection for the units. They do it often. Even after that, it still happens.”

Pedro Moreira said the University first tried to replace all the smoke detectors in 2017 to address the issue, but the problem persisted. He said he was cynical about the University finding a fix to this problem after residents endured months of construction issues in 2017 that resulted in the University paying residents thousands of dollars each.

“During the construction I was already scared how Harvard was not doing things properly. I’d say for me that was a bit surprising,” he said. “Now after two years without being able to solve the problem, I don’t think they know what’s going on.”