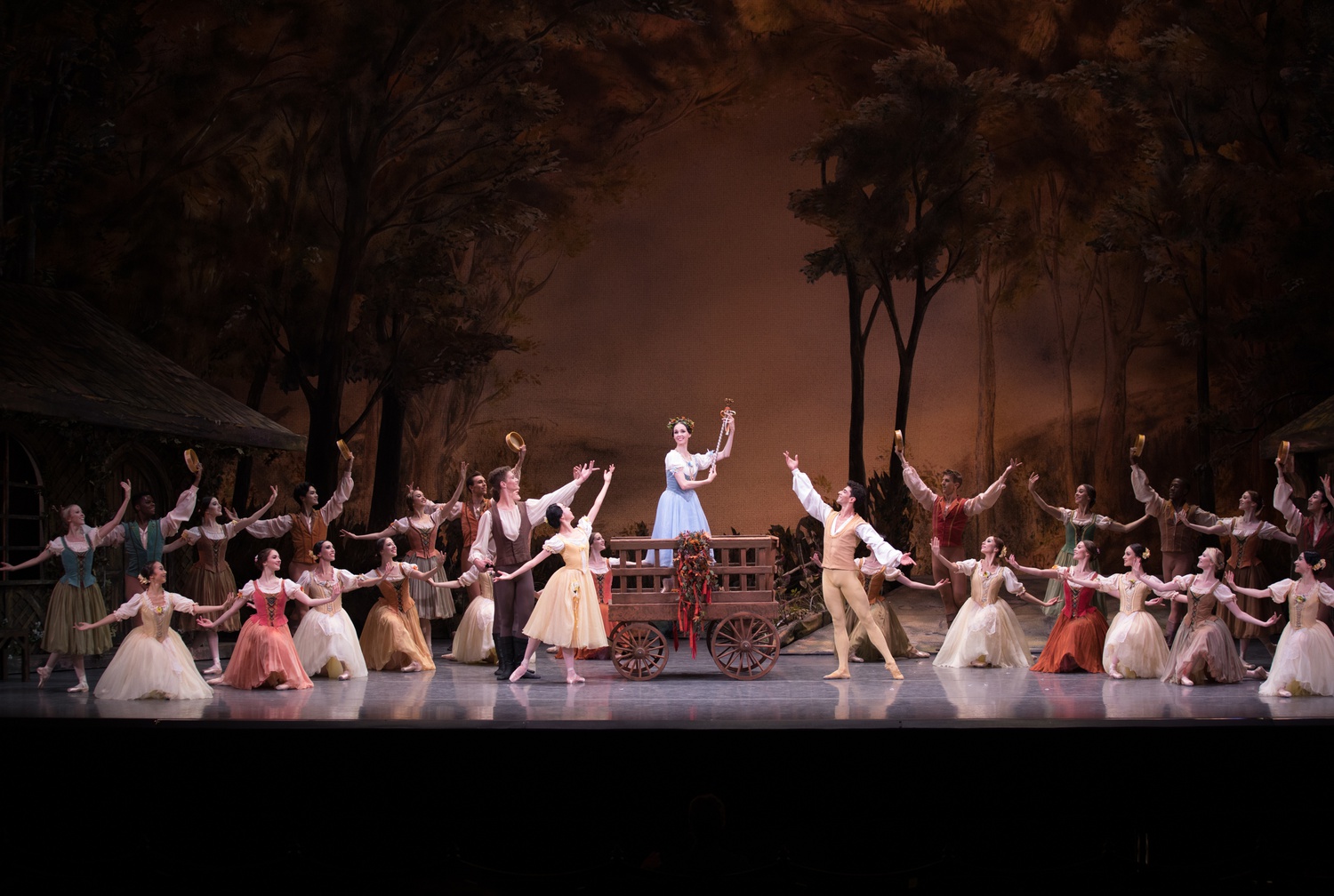 After taking a break from Boston for almost 10 years, “Giselle” returns to the city with pomp at the Citizens Bank Opera House this fall. The opening of Boston Ballet’s 2019-2020 season featured the traditional choreography of Jean Coralli, Jules Perrot and Marius Petipa. This particular performance was adapted by the formidable Larissa Ponomarenko, a former principal dancer at the company and one of its current ballet masters. Ponomarenko first played the eponymous role first in 1994, and made it her own with her majestic interpretation. For this reason, Boston Ballet artistic director Mikko Nissinen solely entrusted her to stage this Gothic tale — and she more than delivered. Ponomarenko crafted a traditional and resplendent performance that married both excellent leading performances with gorgeous set design.

“Giselle” takes place in a small village in Germany’s Rhine Valley during medieval times. This quaint village is home to the namesake protagonist (Viktorina Kapitonova),who lives with her mother, Berthe (Elizabethe Olds). Though a beautiful dancer, Giselle’s weak heart makes her hobby quite a dangerous one. With the arrival of the village wine festival comes Count Albrecht of Silesia (Patrick Yocum), who masquerades as a peasant farmer named Loys. He courts Giselle and they fall in love with each other, much to the chagrin of jealous gamekeeper Hilarion (Paul Craig), who is also in love with Giselle. The arrival of a courtly hunting party, led by the Duke of Courland (Desean Taber) and his daughter Bathilde (Lauren Flower), brings utter disaster as Bathilde is engaged to Albrecht. Upon learning the truth about Albrecht, Giselle goes mad and dies from her weak heart. The second act sees both Hilarion and Albrecht grieving at Giselle’s grave when they are attacked by nocturnal spirits, the Wilis, led by their queen Myrtha (Dawn Atkins): The men are cursed by these ghostly spirits and forced to dance to their deaths. Though Giselle’s spirit initially prepares to join the other’s ranks, she returns to earth when she sacrifices her aspirations to save Albrecht’s life.

Kapitonova delivered a luscious and sensitive performance as Giselle. She danced with ease and a delicacy as she leaped across the stage with epic grand jetés in the faster moments and also sustained deep arabesques into penchées during slower parts. Overall, she brought an intense precision with her model technique that did not falter across the two acts. Kapitonova coupled her technique with an expressive take on the melodramatics of the classic ballet. More so than most ballets, “Giselle” requires quite a bit of pantomime, and Kapitonova was well equipped for this, showing off various sides of the character — whether this was the coquettish side or the ghoulish one — with just the right amount of thoughtful exaggeration. In particular it was her madness scenes that impressed. This was largely due to Kapitonova’s ability to imbue her character with a naturalistic and scattered descension into madness rather than an overwrought devolve of the mind. An Ophelia-like childishness to the descent generated much sympathy and was grimly convincing. In the second act, Kapitonova continued to deliver superb jumps that eventually turned into a particularly dizzying variation of chaînées that astounded all the more.

Yocum was slightly less adept at ballet pantomime, yet still managed to act the part of the playboy quite well with his overt courteousness and coy tosses of the head. He and Kapitonova were well paired, as they not only shared chemistry but did an excellent job at showing off each other’s talents. His own jumps and solos were sprightly, and his strong stage presence made him shine all the more.

Craig and Atkins also delivered admirable performances as Hilarion and Myrtha, respectively. In the scene featuring his character’s impending death, Craig showed excellent control. His formerly robust jumps melted into a mess of exhaustion that displayed real discipline. Atkins, with her sweeping arabesques and delicate footwork, brought a haunting quality to the piece as she often appeared to be floating across the stage. Though she might have begun the performance with a slight hint of trepidation — evident in her at times restrained movements — Atkins danced, by the end, with a lightness and commanding spirit that proved her worthy of this difficult role.

The expansive set featured the beautiful period costumes and even more impressive almost-Impressionistic scenery courtesy of the Pittsburgh Ballet Theatre. In the hunting scene, the appearance of two real life Irish Wolfhounds came as a delightful surprise. It was details like these that lent the show an authenticity that brought this production onto another level entirely.

Overall characterized by its expert dancing, thoughtful partnerships, and wildly extravagant set, Ponomarenko’s “Giselle” was a beautiful and original take on a classic that celebrated tradition while heightening and expounding on its original elements.