Taking it ‘From the Top’ in Boston: A Classical Concert for Radio 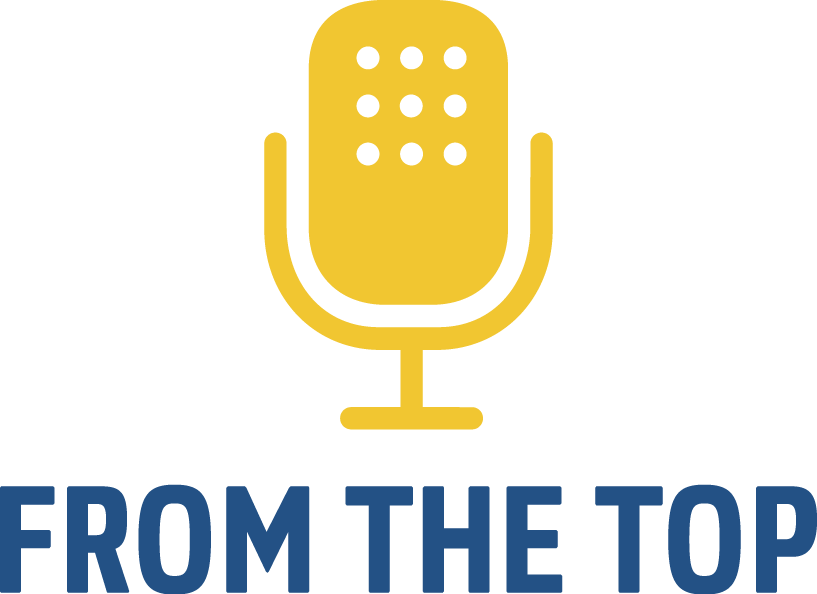 "From the Top," an NPR program that highlights the accomplishments of young classical musicians, made a stop in Boston. By Courtesy of NPR
By Drew L. Cheng, Contributing Writer

On Sunday Oct. 6, New England Conservatory’s Jordan Hall was abuzz. A hustling production crew weaved through the audience as fans of all ages filed into their seats. As the house lights dimmed, the wooden paneling that soared above the stage on all sides took on a warm reddish glow. The creak of a chair. A sprinkling of chatter from the mezzanine. The cavernous theater rustled with anticipation.

Families, students, and aspiring musicians gathered for a behind-the-scenes look into the recording of the 376th episode of NPR’s weekly podcast series “From the Top.” Reaching nearly 500,000 viewers worldwide, the 90-minute live broadcast showcases the talents and journeys of some of America’s premier young classical musicians.

Trumpet fanfare echoed from the speakers on stage and the theater fell to a hush: The show was underway. First to the microphone was a “From the Top” producer, who engaged with the live audience before the broadcast began.

“Music, what is that about?” he asked rhetorically. “It's about mutual understanding. It's about empathy — seeing things from multiple dimensions. Music has the power to transcend borders.”

In accordance with this ethos, Sunday’s program placed a spotlight on musical collaboration and communication, with special performances by its co-hosts — Naumburg winning violinist Tessa Lark and former “The Late Show with Steven Colbert” bassist Michael Thurber — a musical “Moon Landing” skit, and anecdotes shared by eight feautured young performers.

Following a smattering of applause, the theater fell to silence. A cough echoed in the audience as the artists set their bows upon the strings. Breathing in unison, the quartet came alive, four bows swaying in unison as passages of Beethoven rose over the audience.

After their performance, Lark lauded the group’s chemistry and musical synchronicity.

“I know there is one set of twins amongst you all, but I would be convinced by your ensemble that you all are quadruplets,” Lark joked.

What did it take to achieve such cohesiveness? The group revealed in a brief interview on stage that they had been rehearsing together for seven years, and practicing their music blind.

“We were playing the Mendelssohn String Quartet, [and there] was a very difficult part that we had to keep together. We had the eye contact but we needed to go to the next level to make it perfect,” Wallace said. “Ching brought up the idea of going in the dark. There are no windows in our practice room so we turned off the lights to practice sensing breath and body language and movements.”

Throughout the night, the audience learned a bit about each of the performers. Following their performances, the hosts allowed each young musician to share a piece of themselves to the audience — jokes, stories, struggles and triumphs that marked their journeys as individuals and performers.

Long-time fan of the show Orlene Hagedorn described that this interpersonal buy in is part of what keeps her coming back. “I love the music, and I love the kids,” Hagedorn said. “I was a teacher before I retired and to see these kids performing so well and to hear their stories is so inspirational.”

Audience member Catherine Baisly said she was especially inspired by the story of Aleksander Vitanov, an 18-year-old trumpet player originally from Macedonia. Without money to afford air fares, Vitanov remained dedicated to his dream of studying trumpet in America.

“I decided I was going to come and that’s it, when I decide something it is very hard to change [my mind],” Vitanov said. “I played in bars with my band, and played folk songs to earn money, and did labor work in my grandparent’s village.”

Finally, Vitanov arrived at Interlochen Center for the Arts on a full scholarship — and there, he felt an immediate sense of community.

“I will never forget,” Vitanov said.“when we had our first rehearsal, even on the tuning note, I [heard] how the band sounded, and I’m like oh my god. This is where I belong.”

After thanking the performers, Thurber and Lark closed out the show with a performance of their original composition, “Cedar and Sage,” accompanied by the Kaliko quartet. Thurber, having performed on From the Top himself years ago, described what it meant to him to support the journeys of this group young musicians.

“I was so excited when I was on the show the first time,” Thurber said. “So to now be able to do that for a new group of young people is really meaningful, and feels really important. Yeah, it was just a blast.”