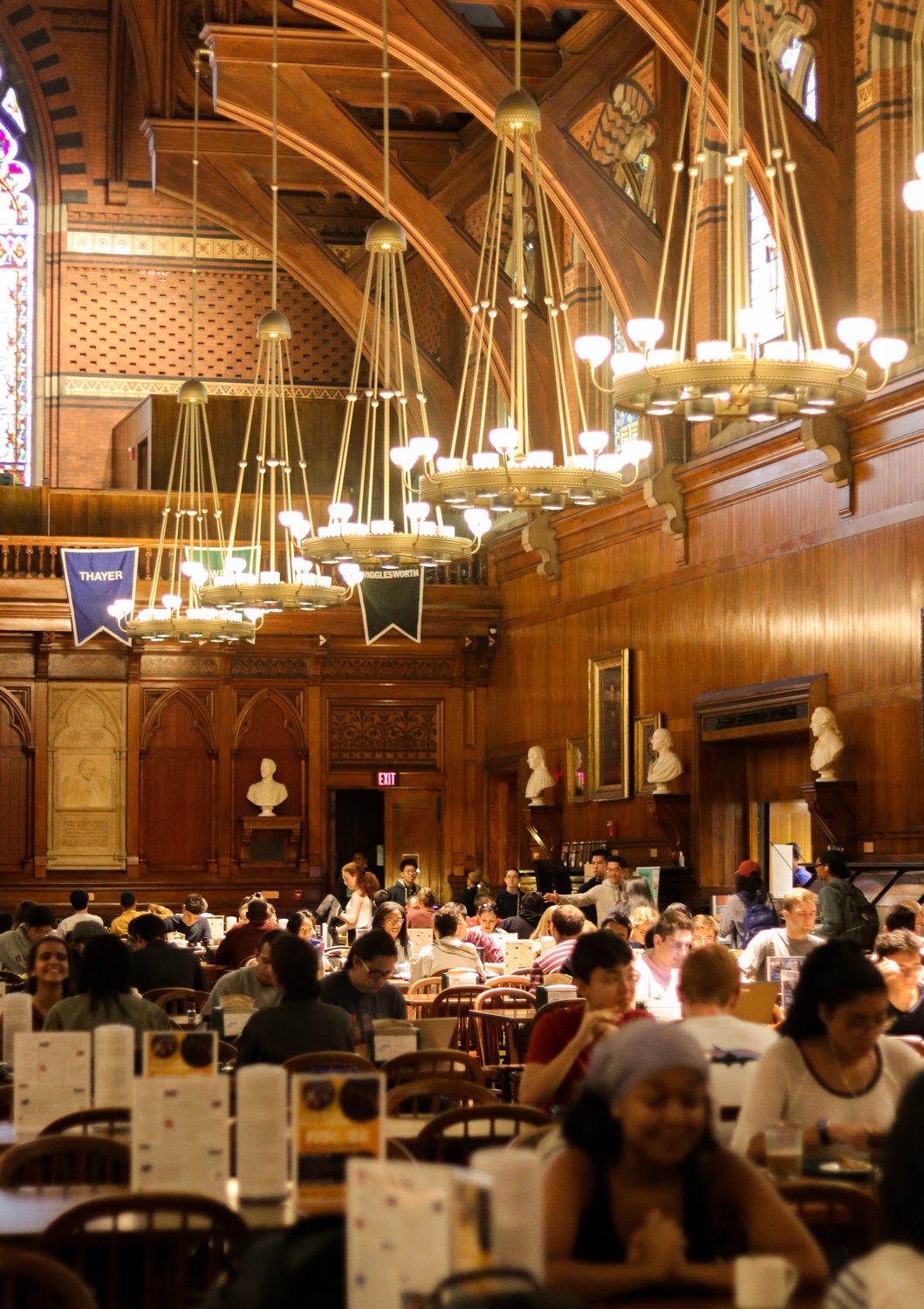 Annenberg may be an unconventional venue for old-school hip-hop. Yet, every morning, hungry students rush to the Berg for hot breakfast dished out to tunes like “Public Service Announcement” by Jay-Z, “Juicy” by Biggie Smalls, and “So Fresh, So Clean” by OutKast.

To Noah A. Jun ’23, the music is “a very uplifting and energizing mix” even though he doesn’t know the names of most songs played.

“It’s kind of like music you wouldn’t expect at a place like Harvard, or in the dining hall. But it certainly is something that’s relatable. I feel like most kids our age would know it, and even if it’s not something like what we grew up listening to, we still know the songs and they’re pretty classic,” Jun said.

Max G. Ingersoll ’23 said he is in a similar situation. Though he does not most of the songs played, he is nevertheless “neutral-positive” about the morning melodies.

But the dining staff’s opinions are comparatively opinionated. Dubbed “The Man on the Aux” by one of his colleagues, Annenberg storekeeper Damarcus D. Hardmon shared the origins of a dining hall staff division: “Sometimes, they want some country music on, you know. But you can’t really vibe to the country music,” he said.

A comparable music dynamic exists among the chefs. As Annenberg general cook William G. Davis explained, there is a separate radio in the kitchen and the cook on first grill gets to choose the station.

“Some people take people up on that, some people don’t. There’s a lot of classic rock, lots of older music in general. It’s kind of, almost, a free-for-all. Whoever gets to the radio puts it on, whatever their taste in music is. If people complain about it, maybe they’ll change it,” Davis said.

Though there has never been a real “squabble” over music in the kitchen, volume is occasionally an issue.

Both Davis and Hardmon have heard parental complaints over profanity. Though Hardmon usually plays “either 96.9, 94.5, or 103.3,” he occasionally has to “switch it up” to country or soft rock in order to “make the parents happy.”