Veggies in the Spotlight: Veggie Grill Comes to Harvard Square 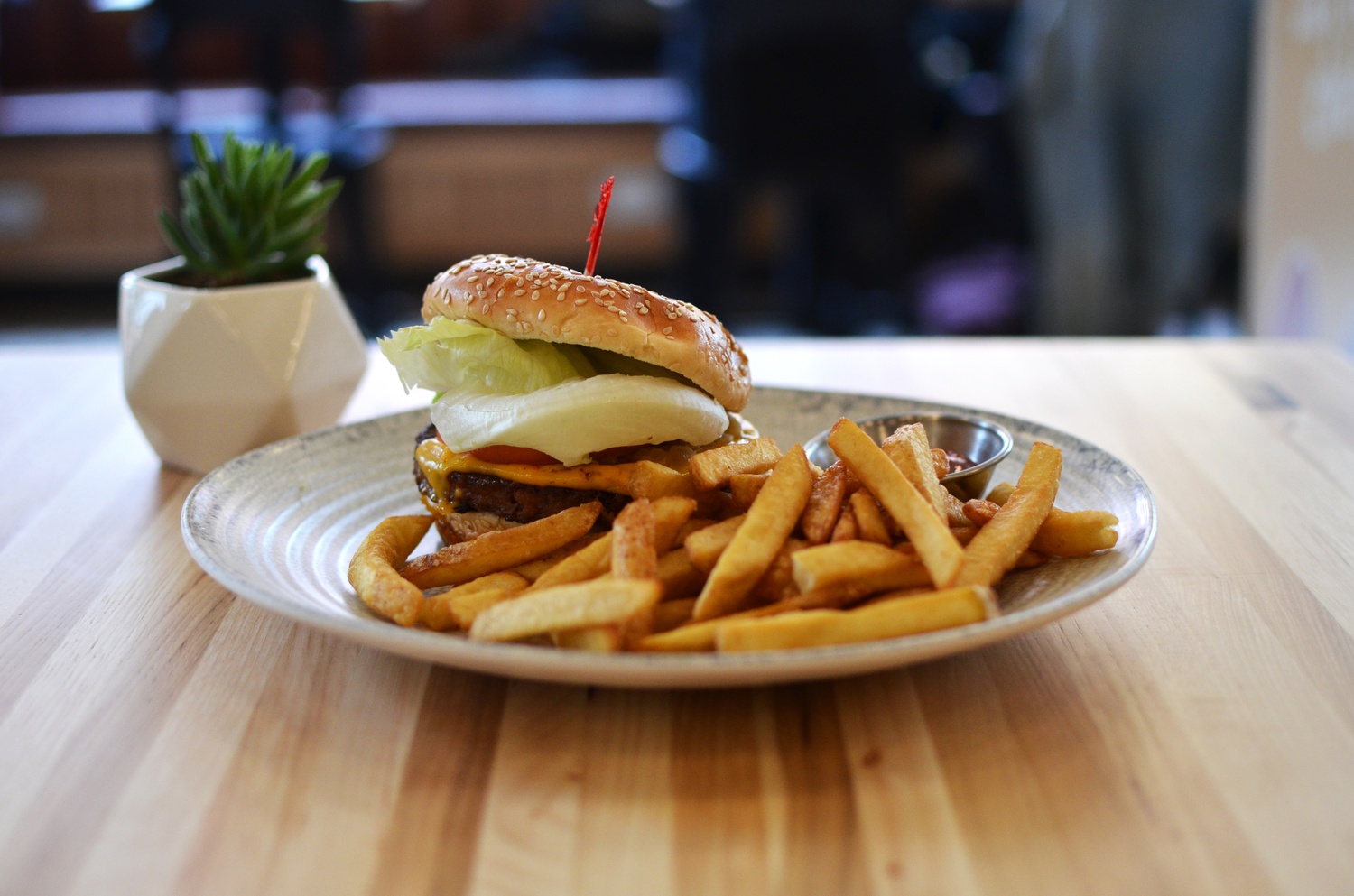 Harvard Square has just become a little more vegan-friendly — the California fast-casual vegan chain Veggie Grill recently opened a location on JFK Street. Offering everything from farm bowls to veggie burgers, Oct. 13 marked the opening of Veggie Grill’s first East Coast location. Veggie Grill’s dishes often incorporate the popular Beyond Burger beef, but some dishes stay completely vegetable-based. The pseudo-healthy menu at Veggie Grill attempts to make vegetarian and vegan options more accessible with creative meat substitutes, but their best dishes are the ones that wholeheartedly embrace the quality and versatility of their very namesake: veggies.

Founded in 2006 in Irvine, Calif., Veggie Grill initially aimed to center their restaurant around vegetables and grains, rather than traditional meats and proteins. Kevin Boylan and T.K. Pillan, the founders of what later became the largest vegan and vegetarian restaurant company in the U.S., sought to make vegetarian options more mainstream. Their current menu offers something for everyone — from the “Quinoa Power Salad” for the lifetime all-natural vegan expert to the addictive “Crispy Cauliflower” to satisfy the late-night fried food craving of any college student. In addition to health-conscious salads and bowls, Veggie Grill offers mainstream items like burgers, sandwiches, and burritos with a twist. Instead of meat, all their protein options are plant-based, from the fast-growing “Beyond Burger” beef substitute to “Gardein Chickin’,” a soybean and grain-based substitute. Originally focused on their health-conscious consumer base in California, Veggie Grill has lately implemented more mainstream fast-casual food into their restaurants.

Veggie Grill’s new Boston location matches the modern, welcoming feel of its California cousins, and sitting in the white-and-green themed, decorative plant-filled restaurant certainly reinforces the concept of clean, healthy eating. With its fall menu, including pumpkin spice cake and cheesesteak, the restaurant uses the limited-time hype to pull in foodies and mainstream customers alike. From their normal menu section “shares,” the crispy cauliflower satisfies any fried-food craving without leaving the unpleasant, heavy greasiness of french fries or mozzarella sticks. Most of the shared dishes cook traditionally healthy foods with not-so-healthy methods in the tastiest way possible, and are light and addictive enough not to be[ ]shared.

With its overwhelming range of options, choosing an actual meal at Veggie Grill poses a dilemma. After trying a vegetable heavy plant-based bowl and a Beyond Burger, the bowl left me far more satisfied. Veggie Grill’s fake meats are pretty convincing, but they are merely slightly-more-expensive substitutes for the real thing. While these substitutes are a healthier option, their efforts to appeal broadly and seem as similar as possible to real meat undermine the emphasis on vegetables that consumers expect at a place named “Veggie Grill.”

However, the dishes where Veggie Grill focuses its creative efforts on the versatility of the vegetables stand out. Well-cooked and liberally-seasoned vegetables are hard to beat, and Veggie Grill’s emphasis on fresh, local produce insures each bite combats the common conception of bland, underwhelming vegetable sides. The Californian health-conscious advertising, environment, and taste of the bowls and salads push forward Veggie Grill’s slogan: “More veggies, please!”

To top off this vegan meal, Veggie Grill offers slightly-healthier versions of common desserts. While their cookies and gluten-free brownies offer a sweet ending to your meal or provide a satisfying snack, the real star of the desserts is Veggie Grill’s carrot cake. Dairy-free creamy frosting with walnuts and a not-overly-sugary distinctly carroty cake, Veggie Grill’s carrot cake is a success: an unapologetically vegetable-based dish that tastes and feels different than its non-vegan original.

While Veggie Grill may not be the place to go grab a late-night burger or burrito (look towards Jefe’s or Felipe’s), their vegetable-focused dishes break the stereotypes around restaurant vegetables and encourage customers to explore the potential of the plant options they offer. The meat alternatives may certainly aid in attracting mainstream attention to the vegan option, but the dishes that emphasize the vegetables themselves remain the most memorable and likely to bring customers back. Delicious and healthy, Veggie Grill is making vegetables the talk of Harvard Square.