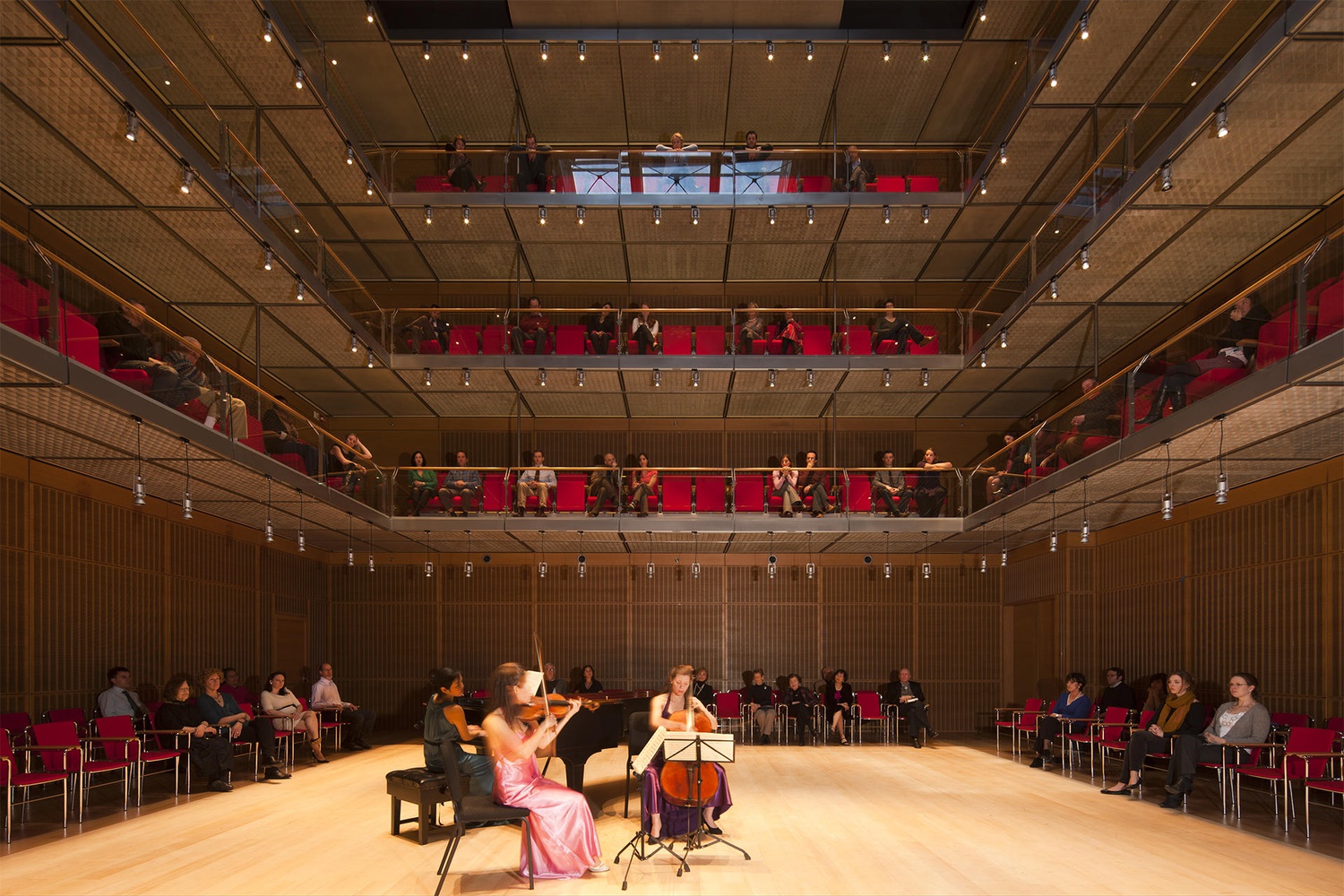 In Calderwood Hall, artists gathered to discuss the importance — and difficulty — of integrity. (Event not pictured.) By Courtesy of the Isabella Stewart Gardner Museum
By Julia R. Kennish, Contributing Writer

On Oct. 3, at the Isabella Stewart Gardner Museum, three artists gathered to speak to a group of a hundred attendees about the importance and preservation of artistic integrity.

The panel consisted of Jill Scott, a three-time Grammy Award winning recording artist and actress; Paloma Valenzuela, the creator of La Gringa Loca Productions and the web series “The Pineapple Diaries”; and Oompa, an acclaimed rapper and poet. The panel was moderated by Arielle Gray, an arts producer at WBUR and a writer and multimedia artist herself.

The event began with a panel discussion, moderated by Gray, which focused on the importance of artistic integrity and the situations that have tested that integrity for each panelist. The panelists were seated in a circle facing each other on the lowest level of the Gardner museum’s Calderwood Hall.

When discussing what artistic integrity meant to them, the panelists turned to the topic of personal accountability.

“For me, artistic integrity is about whether or not I can sleep next to myself that night,” Oompa said.

Scott added that for her, integrity means “holding onto your soul at all costs.”

When asked how personal experiences have tested their integrity, the panelists mentioned that integrity is always tested when in a professional artistic industry. Oompa said that in her experience, integrity is tested “when you think about yourself explicitly as a business.”

“I don’t want it to get away from me so far that it becomes something that isn’t anything I can recognise anymore,” Valenzuela said.

The artists also said their integrity is tested by their own audiences, particularly when fans ask them to steer their art in a certain direction.

“I want to speak your language without compromising my own,” Oompa said.

The evening next opened to a Q&A, allowing the audience members to contribute to this “Larger Conversation” themselves. Then Gray ended the panel with a summary of the importance of artists maintaining their own integrity.

“When you find yourself compromising your vision for what other people want, you end up with regret, and that is the worst thing to live with as an artist,” she said.

The audience cheered in response to most of the panelists’ answers, consistently murmuring in agreement. Many audience members said they came to the event not due to an association with the Isabella Stewart Gardner Museum, but instead due to an appreciation for the panelists’ careers.

“I’ve always looked up to Jill Scott. She’s always been a positive role model,” said Bostonian and audience member Constance A. Smith. “Especially growing up as a fuller figured woman and in pursuing a career of being a pull-sized model.”

Audience members also said they resonated with the message of maintaining authenticity to maintain integrity.

“One thing that was said that really struck me was, ‘You can step in someone’s shoes but you can’t step in their feet.’ I think that’s a particularly striking statement because sometimes we as artists try to emulate each other to gain notoriety,” X. Alexander Durden, an attendee and actor, said. “So to be able to step in one's own genuineness is something that is worth being reminded of.”