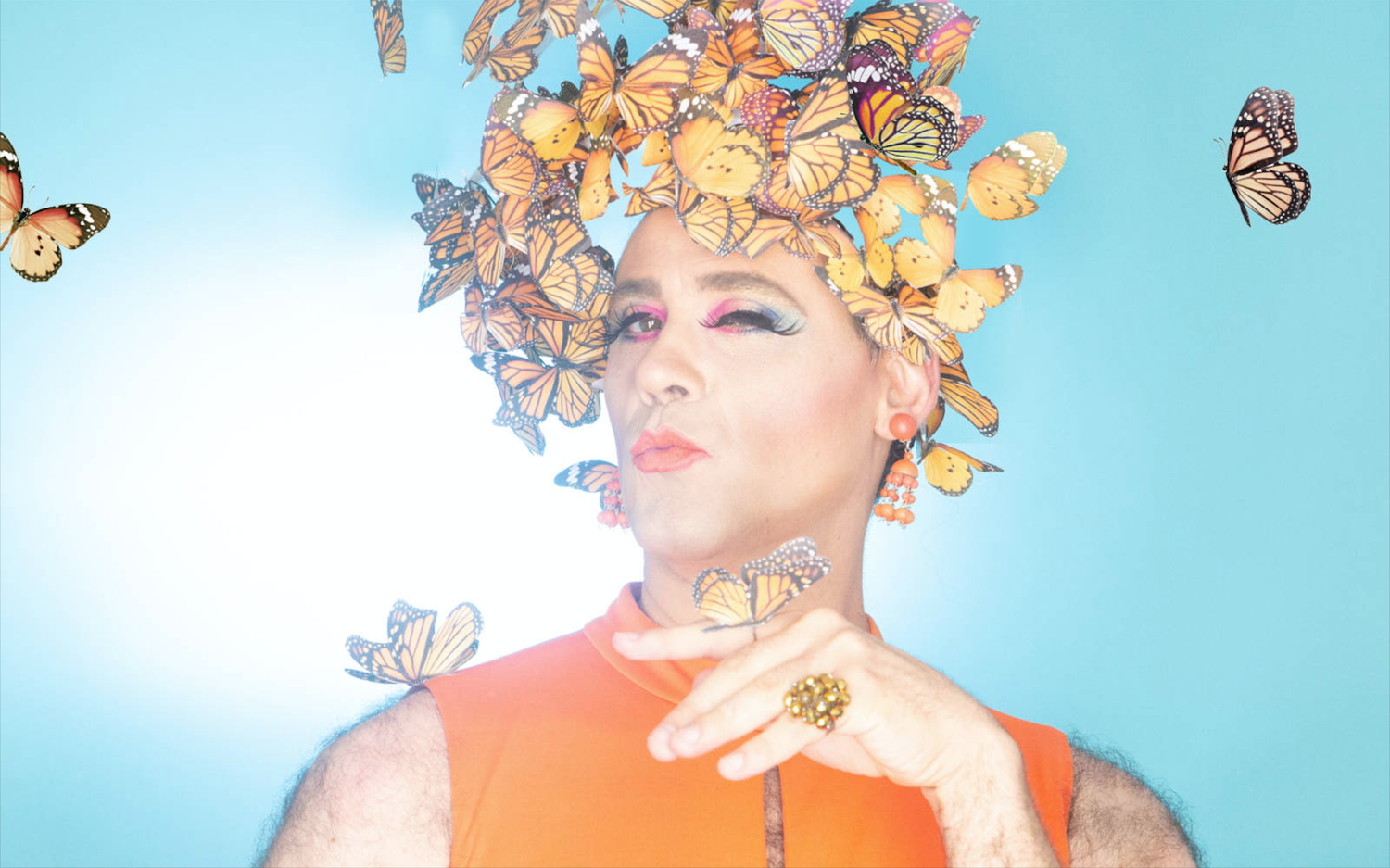 Friday night at the Oberon began just as every good Friday night should — with one very hairy leg.

The hairiness of this leg wasn’t the only thing that set it apart. Peeking just barely behind the backstage curtain, it seemed hesitant to appear before such a large crowd. Slowly but surely, the leg began to peer further and further beyond the curtain, until it finally took the position one might expect from the world’s shyest Rockette. Appropriately, the crowd burst into applause at such a spectacle. As the yet-unseen performer gained more confidence, the leg was joined by an equally hairy arm, and eventually another leg.

Finally, the face of renowned drag queen Martha Graham Cracker made its grand appearance, sporting gorgeous makeup, a perfectly styled wig, and a terrified expression. As she emerged from behind the curtain and began to descend the stairs, her body trembled and hesitated with each step. She struggled to remember the words to her first song, and at one point froze with her foot suspended in mid-air. “It’s like getting into a really cold pool,” she mumbled under her breath. “Then just dive right in!” returned a member of the audience.

And dive in, she did. Within moments, Martha Graham Cracker was in full performance mode, thrusting and swaying to a fantastic rendition of Gypsy’s “Let Me Entertain You.” Shedding the “shy performer” character that she had so masterfully just played, Martha was able to fully showcase her talents in a surprisingly athletic act, climbing along high railings and onto tables full of beverages. Naturally, this was all accomplished while adorned in a sequined jumpsuit that Martha herself said “makes me look like I’m in a Ginger Rogers movie where I’m playing tennis but also trying to seduce my opponent.” And she really does capture this character quite well. The only difference between her and Ginger Rogers? Probably the fact that she is a 6’2” drag queen covered from head to toe in hair.

The Philadelphia-native and her four-piece band have spent several years perfecting the art of the drag cabaret. Described as “perhaps the world’s tallest and hairiest drag queen,” Martha Graham Cracker revels in subverting expectations. If there’s one thing Martha isn’t, it’s predictable. In line with that unpredictability, no two Martha Graham Cracker shows are the same. Each performance she gives — including the two at the Oberon — is a totally unique experience, complete with different jokes, different music, different costumes, and different personas.

The theme for this particular night was “How our current political climate is like my love life: A treatise by Martha Graham Cracker.” This premise gave Martha ample opportunity to combine political statements with sexual innuendo. “They say that this country is like a pendulum,” she said at one point, referencing the popular Ruth Bader Ginsburg quote. “But this is a lot of swinging we’re going through. And not even the good kind.”

In addition to giving fans incentive to attend multiple shows, the originality of each performance gives Martha the freedom to cater her shows to her audience. Jokes about the pretentiousness of “Canterbridgians” (including the term itself) were not off-limits for Martha’s visit to Cambridge, and it’s this level of personal connection between performer and audience that makes the towering star so appealing.

This flexibility also allows Martha to show off one of her many talents: improv. Whether it’s coming up with a song on the spot or flirting with audience members, Martha continuously proves that the best material is not the kind that’s written down and committed to memory, but the words that come out in the heat of the moment. The shared audience experience of knowing that you could be picked on and given a lap dance at any moment is equal parts scary and exhilarating, and that’s what the intimate nature of the cabaret setting is all about.

Martha Graham Cracker is just one of the diverse set of artists invited to the Oberon as part of their “AFTERGLOW” series. Put on as a partnership between the A.R.T. and Provincetown’s AFTERGLOW festival, the series focuses on carving out a space for artists that often go unappreciated, particularly in the face of gentrification. The festival’s founder, Quinn Cox, came on stage before Martha’s performance to highlight the importance of programs like this one. “Cambridge used to be a thriving performance arts scene,” he explained. “But now we have artists saying there’s no audience for them here… I think we’ve changed that narrative tonight, thank you very much.”

One glance at the audience before him lends support to this claim. The show attracted a crowd unlike those usually seen on Harvard’s campus, with people of all ages and backgrounds eager to bask in the exciting, yet too often marginalized, culture of drag cabaret. Clearly there is an audience for this type of art, and AFTERGLOW provides the space for these audiences and performers to come together. Though Martha’s reign over the Oberon has ended, the AFTERGLOW series will continue through 2020, with performances by artists like Amber Martin, Nath Ann Carrera, Kareem Lucas, and Penny Arcade. If Martha Graham Cracker’s memorable display of eccentricity and talent is any indication, these performances are certainly worth checking out.

— Staff Writer Hunter Baldwin can be reached at hunter.baldwin@thecrimson.com.