The Longwood Orchestra Talks Through the Intersection of Music and Medicine 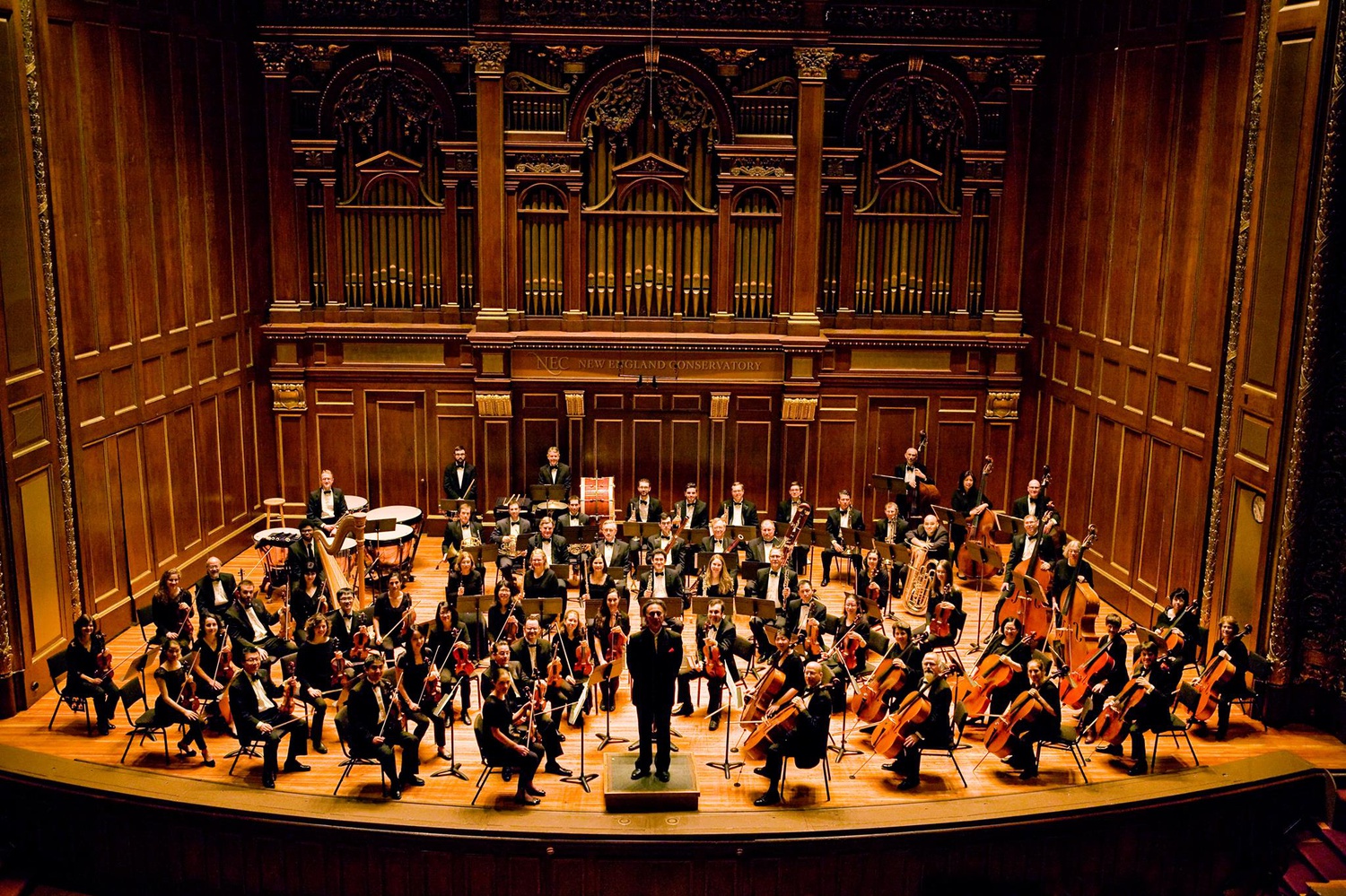 Prior to a panel discussion, the Longwood Symphony Orchestra (LSO) graced the Harvard Business School’s Klarman Hall with a classical performance. The LSO, an orchestra comprised of medical professionals who also happen to be highly trained musicians, combines music and medicine to serve the community. Moderated by Harvard Business School faculty member Amitabh Chandra, LSO members Lisa Wong, Leonard Zon, Psyche Loui, and Thomas Sheldon spoke on their understanding of the relationship between music and medicine on Nov. 4.

The program began with a performance of Aaron Copland’s ”Quiet City,” featuring solos from Thomas Sheldon and Leonard Zon on English horn and trumpet, respectively. The panel that followed highlighted the intersection of music, medicine, and innovation.

“In music we study to produce the sound of our instruments and how they blend with others,” Sheldon said. “We later realize that the most poignant moments in music are often in near silence or silence itself. In the clinic, a moment of quiet support — a hand on the shoulder — often means much more and is more healing than detailed explanations… Training in music helps us to recognize and see the value in these moments.”

Wong gave context to the tenets of the LSO, referencing the Healing Art of Music program that the group established to fundraise for medical nonprofits.

“[We] look at each concert as an opportunity to be the doctor for another organization. How can we heal another nonprofit organization? So we meet them where they’re at,” Wong said. “We’re healthcare providers, musicians, and stewards of the health of the wider world and community, and that’s what feeds our souls and keeps us coming back to rehearsals.”

“Another metaphor that I would use is the notion of dissonance. In music, sometimes things that aren’t harmonic…are actually very beautiful, and it’s something to listen for,” Sheldon said in response to a question about the parallels between working in a medical team and working in a chamber ensemble. “You have to be alert to dissonance — when people aren’t getting along, when patients aren’t happy — and not shun them.”

The LSO used Felix Mendelssohn’s Sinfonia No. 10 in B minor to concluded the program with a classical sound, and Mojib Z. Ghaznawi said he was pleased.

“The performance was amazing. As a classical artist…I absolutely loved it, and they said exactly what happened to me: music was able to place you in a different reality, or different place of qualitative existence, that’s part of the power of music and I felt that tonight,” Ghaznawi said.

“I think this is an almost mission critical conversation to be had … Particularly, I’m thinking more in terms of mental health. I think a lot can be found in how music can be used as a platform to address people in conflict zones, people who have escaped traumatic situations,” Agignoae said.

The conversation augmented the curiosity of some audience members, including visiting physics scholar Hao Dou.

“I have several questions. What kind of music is more suitable for the patients? How does the musical treatment have a good effect for the patient?” Dou said.