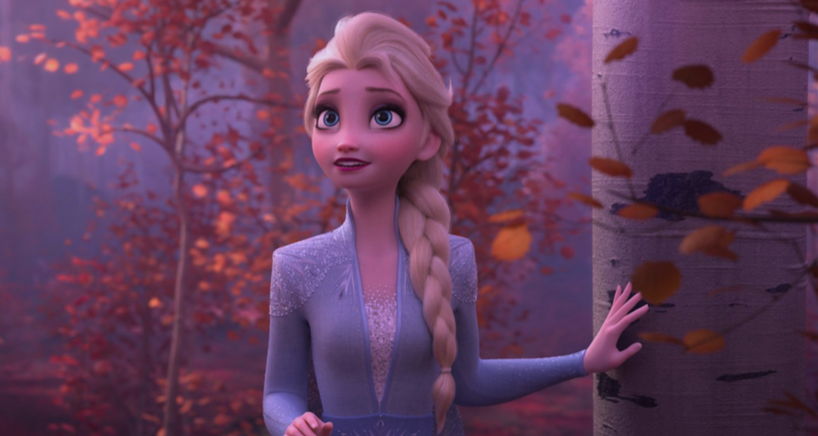 I can’t remember seeing a bad Disney movie in the past several years. To some extent, they get some slack for being kids movies; “The Good Dinosaur,” “Big Hero 6,” and “Wreck-It Ralph” might not have been spectacular, but no one could seriously hate on them. As for the rest (think “Zootopia,” “Tangled,” “Moana,” “Coco”), they are almost universally loved, not only by kids. Whatever goes on at Disney Animation Studios seems to be working, because “Frozen 2” is yet another indomitable, enjoyable powerhouse of an animated movie, and joins the canon of Disney classics — and in some ways, redefines it.

We all knew this was coming. After “Frozen” (2013) won two Academy Awards; earned $1.26 billion in box office revenue; and spawned countless theme park rides TV adaptations, and a Broadway musical, the only real question was why the sequel took so long to make. The sequel picks up three years after the original left off, but not much has changed for the gang — Anna (Kristen Bell) and Elsa (Idina Menzel) rule happily over the kingdom of Arendelle, Olaf (Josh Gad) pops in for a joke now and then, and Kristoff (Jonathan Groff) navigates a particularly dicey marriage proposal. One day, Elsa begins hearing sounds (four of them, to be exact, that form a convenient leitmotif for the songwriters) and, in her attempts to find their origin, the gang dives into a mystical enchanted forest — home of elemental spirits, feuding tribes, and a surprising number of waterfalls — where they try to figure out how all this magic stuff works.

To be fair, the magic is pretty confusing. Yes, Elsa can freeze things and make astonishingly intricate dresses, but she can also summon ice memories, quell spirits, and enter glittery dream sequences. The movie never really explains how it works, but, honestly, it doesn’t matter, because it’s absolutely gorgeous. The animation is unparalleled — realistic when it needs to be (rain scenes that probably exist just for Disney to show off its photorealistic water droplets) and equally beautiful when it isn’t (take the forests and glaciers and castles with vibrant color palettes, which have been designed with the signature Disney creative flair). The songs make wonderful use of this animated form, with flairs and accents that, when overlayed with the music, create dazzling, energized sequences that just wouldn’t be possible in live action.

The music is exactly what you’d expect — another polished, catchy set of Disney standards. There’s no “Let It Go”-level frontrunner, but there are plenty of opportunities for Menzel to show off her vocal range, as well as another bouncy existential exploration for Olaf, a surprisingly dark (the line “Hello darkness / I’m ready to succumb” ends the first verse) solo for Anna, and — the true gem of the soundtrack — a hilariously self-aware 1980s power ballad for Kristoff. Kristen Anderson-Lopez (“Frozen,” “Coco”) and Robert Lopez (in addition, “Book of Mormon,” “Avenue Q”) reprise their roles as co-songwriters, and their knack for writing catchy melodies seems to have carried over to this film, along with some of the motifs from “Frozen.” The piano intro from “Do You Wanna Build A Snowman,” the opening “Vuelie” theme, as well as the four-note siren call expertly tie together the songs and score, creating a sonic cohesion that isn’t achieved in most movies, let alone children’s movies.

As amazing as the music and animation are (a standard that Disney almost always meets), what truly distinguishes “Frozen 2” is its story. If “Frozen” is the movie equivalent of the Tower of Terror ride (a few shake-ups here and there, probably a big drop at the end, but generally predictable), the sequel is Space Mountain (long patches of smooth coasting and huge, sudden suspense-building drops). There are colossal action set pieces where Elsa goes full Iron Man with her energy beams, along with incredibly solemn, tender moments. There are moments of glaring self-awareness (Olaf, in a game of charades, fully turns into Mickey Mouse) and humor, but there are also moments that fully indulge in spirits and magics and physics-defying grandeur. There’s no villain, not even one disguised as a love interest, and there isn’t a concrete, linear plot. That isn’t to say that good won’t triumph, that love and sisterhood won’t prevail. There are, however, plenty of moments of suspense, where even adult viewers can revel in some open-ended mystery.

And, in some ways, that’s the key to the appeal of the film (and Disney, in general) — you don’t have to be a kid to enjoy it. For the adults in the room, it’s not the same cookie-cutter hour-and-a-half of predictable plotlines, unconvincing character development, and forced romances that they’re used to watching with their kids; it tries to be something else. It has humor that’s not just slapstick and fart jokes. It has moments of action and tension and giant ice walls that can’t help but elicit a “Damn, that’s cool.” Its characters grapple with grief, adulthood, colonialism, and reverse-midlife crises. And while it’s no Scorcese or Spielberg, it’s something — something unabashedly fun.

It’s discouraging, in a way, how successful Disney has been. It seems unfair that a single company can have such a monopoly on animated movies, unfair that they can do no wrong. Yet one can’t help but enjoy this movie. It is emotional and funny, the animation is beautiful, and the music is spectacular. As much as I hate to say it — Disney, you’ve done it again.