Portrait of an Artist: Holly Black 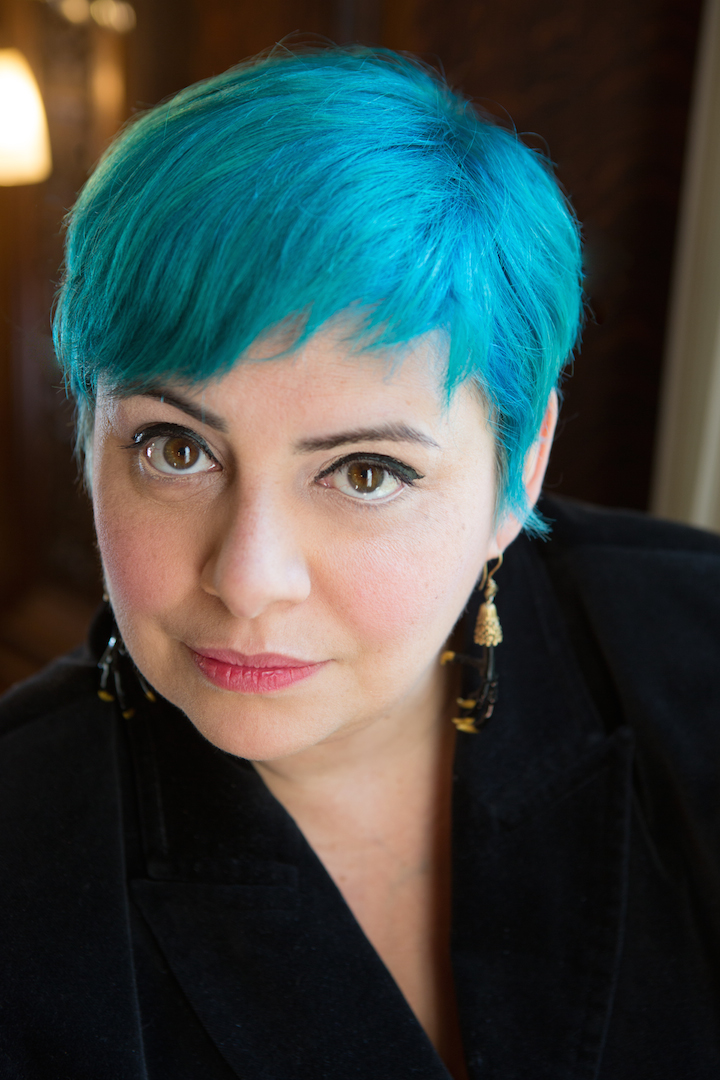 It’s been less than two years since “The Cruel Prince,” Holly Black’s first novel in the Folk of the Air trilogy, was published. This past week, the final book in the Faerie-centered series, “The Queen of Nothing,” hit shelves. The trilogy follows a human girl, Jude, who is raised in the Faerie world, by the fairy who killed her parents, as she tries to navigate court politics and everyday life. The series is well known for its heated hate-to-love romance between Jude and Cardan, a fairy prince known for his cruelty. The Harvard Crimson spoke with Black about her writing process, Jude and Cardan, and what’s next for the author.

The Harvard Crimson: How does it feel to be saying goodbye to these characters? Are you ready at this point, or is it a tough goodbye? Or not a goodbye at all?

Holly Black: I mean, I’ve been writing in Faerie a long time, my first book was set in Faerie, and those characters in that first book have shown up in the Folk of the Air series. And so, yeah, I’m okay with saying goodbye. I feel good about it because it means a conclusion. And it’s a long time to wait for an end to something. I’m glad it has an end, but I don’t feel like I can’t visit them.

THC: This is not your first foray into the Faerie world. What draws you to this particular type of fantasy?

HB: I mean, there’s a couple of things that I love about Faerie. It’s not one kind of creature, but an entire ecosystem. You have your pixies and sprites and trolls and goblins, your trooping fairies, and solitary fairies. And I think it’s interesting that unlike some other supernatural creatures, like for instance, a vampire, which is a human that has died and come back, or the werewolf, who is human some of the time, fairies are not human and have never been human. I think there’s something that’s really interesting about their otherness and their different sense of morality. I’m specifically drawn to the idea of fairy fruit á la Goblin market. The idea that there is something about Faerie that is just so beautiful, but it’s a kind of a ruinous beauty. But you know, once you taste fairy food, all other food is like ashes in your mouth. And yet, you still want to take a bite. That tension to me is very interesting.

THC: How much do you research into myths? What’s your worldbuilding process like?

HB: Well, a lot of what I wrote is from folklore. I think it’s one of the great advantages of operating in a tradition that gives you all of this material to work with and draw on. And also, I think when you’re working with folklore, you’re already working with something that has resonance with people. There’s a reason that these stories are told over and over and over again. And yet, there comes a point in which you may want to do things. I think specifically with this series where I wanted to do things that I didn’t have a lot of models from, you know, when you talk about going into Faerie and really understanding the rules and understanding what’s happening with the monarchy, there isn’t a lot of folklore dealing with that. So I had to make some decisions about how I wanted to conceptualize that world and what seemed resonant to me and what seemed like it would not contradict what I knew.

THC: If you were one of the Folk, what would you be?

HB: I would love to have a tail. It seems great. I like to swim; I wouldn’t mind being a kelpie. I guess eating people is a mixed bag. I like that you can turn into a person some of the time. You can ride around and also swim. I’m pro that. I don’t think that I have the political bent to be one of the courtly trooping fairies. I fear that I would be a solitary hag, putting curses on people. I do love a bargain. I enjoy making ill-advised fairy bargains for my mortals.

THC: Fairies are tricky with their words, but they’re not able to lie. How difficult was it to write a story that hinges on politics and rumors, bargains and discussions?

HB: I think the most difficult thing to root out is the writing of the polite lie. It’s really hard for people not to be like, “I’m fine.” They’re not fine! It’s such an automatic part of being human that I find that most difficult to remember that [the fairies] can’t do. I think it’s actually useful in a lot of ways to have a constraint on lying when it comes to politics because there’s games the reader can play that I think are useful in terms of the fact that the reader knows they’re not being lied to, so they know it’s a puzzle that they can figure out. It’s the polite lie that really gets me.

THC: What’s the draw of love-hate romance in literature?

HB: My favorite character is Jude. She’s the person I first had the initial idea for this series, this girl who is kind of a reverse changeling whose parents are murdered by this guy who brings her and her sisters into Faerie. She’s used to living with a lot of fear, because no matter how caring he is, he’s still always the person who killed her parents. So she is, in this place where she turns out to be very, very good in high stakes settings and maybe not so good at being okay. To me, that is the essential thing that she and Cardan have in common, that they have never met anybody else who has in common, that they are used to operating in this extremely scary world. They’re used to being scared all the time in their scary world. And everyone else who is functioning in that world doesn’t seem to feel like they’re in that place with extreme pressure in it. So yeah, she is absolutely my favorite, but my favorite to write is probably Madoc because I love bad old guy advice.

THC: So your fans are about to get a conclusion to this series. Are there any other books about the fairy world that you’d recommend for readers?

HB: [Melissa Albert’s] “The Hazel Wood,” it’s not entirely about fairies but has resonances in it. “The Night Country” [the sequel to “Hazelwood”] is coming out and I’m really excited about it. Naomi Novik’s “Spinning Silver” is absolutely incredible, like I can’t say enough about it.

THC: Do you have a new project percolating in your head or are you taking a break while on tour?

HB: One thing I really want to do, I’ve been trying for a long time to write an adult book, and I’m trying to work out the details of a magic system that is not based in any folklore. So I’m trying to figure out the details and how I want it all to work. Right now I feel like I’m writing backwards because I’m deleting more than I’m actually writing. But it’s fun. Sometimes I’m not even totally sure it’s fun, I think it will be fun if I like anything that I do.