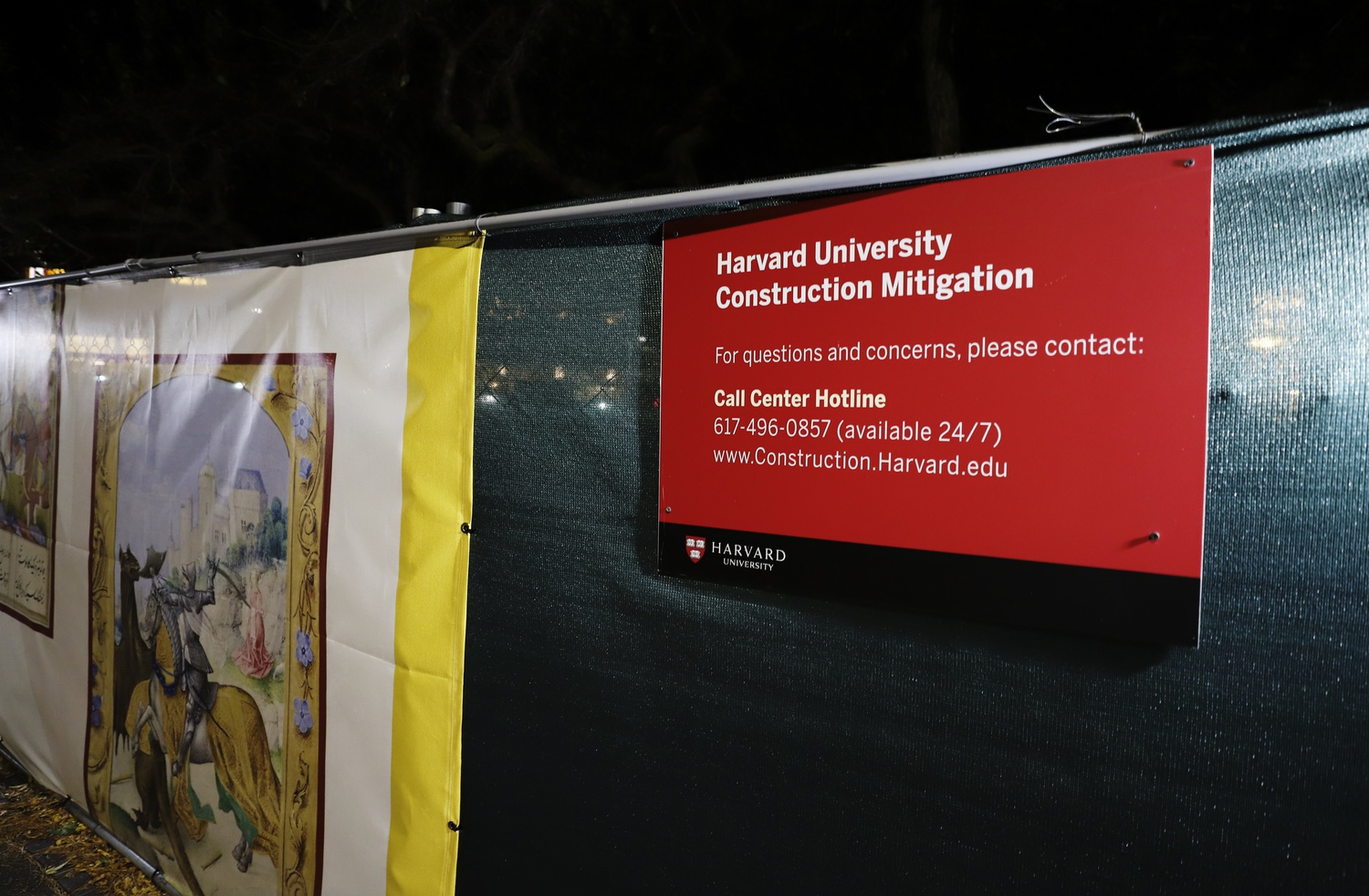 A report commissioned by Harvard Faculty of Arts and Sciences Dean Claudine Gay found there was no evidence of “malicious intent” during an Oct. 24 interaction between Harvard police and students of color attempting to install a class art exhibition in the Harvard Yard.

The report — emailed to faculty Sunday evening — came five days after faculty members started circulating an open letter to administrators, alleging that Harvard University Police Department officers created a “gratuitous atmosphere of intimidation and mistrust” when interacting with students in the class SPANSH 126: “Performing Latinidad.” The officer was responding to a call about students setting up paper cut-outs — materials for a class art installation that day — on a construction fence outside of Houghton Library.

A few days later, History professor Kirsten A. Weld drafted an open letter dated Oct. 29 that called on the University to respond to the incident. Her letter described the Oct. 24 events as “deeply upsetting to students and course staff” and “fully unnecessary.” Within a few days, the letter had garnered 80 faculty signatures, according to Weld.

Gay commissioned the report on Oct. 29, tasking Administrative Dean for Arts and Humanities Mathilda van Es and Associate Dean for Physical Resources and Planning Zachary M. Gingo with examining the events that had led up to the incident. She also notified the Office of the President.

Romance Languages and Literatures professor Lorgia García Peña is the faculty member teaching SPANSH 126, according to my.harvard. She declined to comment for this story.

The final report, which was reviewed by the Faculty Member, includes a chronology of the events that took place on Oct. 24 and disputes several of the allegations set forth in the faculty letter and the petition. The report also issues several recommendations, which Gay later endorsed.

The letter and petition alleged that a Harvard affiliate had decided to call HUPD after seeing several students of color prepare the class art installation outside Houghton.

But the report rejects this allegation. A construction manager at Houghton who is unaffiliated with the University was the first person to note the students’ activity, according to the report. The construction manager called his Harvard-affiliated project managers — not HUPD, the report states. One of the project managers contacted Harvard Operations and Security who then contacted the Houghton Building Manager to report “a possible protest or demonstration.”

The building manager then called HUPD without ever seeing the students, according to the report. Neither the race nor the ethnicity of the students were mentioned, per a transcript of the call included in the report.

HUPD spokesperson Steven G. Catalano wrote in an emailed statement that HUPD “routinely responds to these types of phone calls.”

The students involved in the incident and the responding HUPD officer gave differing accounts of their conversation about the art installation, according to the report. The students said the officer told them to take the cutouts down; the officer denied this and said he first asked the students what they were doing.

When the officer asked the students to contact Yard Operations, one student instead went to find the Faculty Member, who was nearby, according to the report.

By the time the Faculty Member arrived, the other students had taken the artwork down, the report states. Those students reported that the “hovering” presence of the officer compelled them to remove the art immediately. They later described feeling uncomfortable and said the officer “remained very close to them,” per the report.

The Faculty Member then told the officer that she had received approval from “the administration” to put up the art installation, the report states. HUPD contacted Yard Ops and discovered that the Yard Ops staffer who had been in communication with the Faculty Member had been out of the office for the past few days. Another Yard Ops staffer questioned whether or not the project had actually been approved and went to the scene.

At one point during the interaction, the Faculty Member asked why HUPD had been called.

“The Faculty Member expressed the view that the ethnic identity of the students was a factor in the police being called,” the report states.

Several of the students involved reported that the incident had upset them, according to the report.

“Students reported being upset that HUPD had been called and that HUPD believed the caller and not the students about what they were doing,” the report states. “Students said that this felt very hurtful to them.”

A similar incident had occurred in May 2018, according to the report. The Faculty Member and her students had attempted to hang a poster on a tree in the Yard, but a member of Yard Ops and a security guard approached the group — an experience some later described as “embarrassing” and “uncomfortable.”

Though the report found no evidence of malicious intent, the Faculty Member told the report’s writers that the incident still caused distress.

“This conversation is about building bridges, and that’s important,” the Faculty Member said in the report. “But we need to understand that even if the intention is not bad, actions can still be harmful.”

The report indicated that the University must improve some of its procedures and practices.

“Our standard operating procedures are not adequate to support innovative activities like this one, experimental approaches that are not surrounded by administrative infrastructure and precedent,” the report reads. “We also found that some of our standard practices do not reflect what we know is needed to create an inclusive community.”

The report suggests that the University create standard operating procedures for similar academic events and review its protocol on how operations and security personnel interact with students.

Gay wrote in her email to faculty that she accepts all of the recommendations.