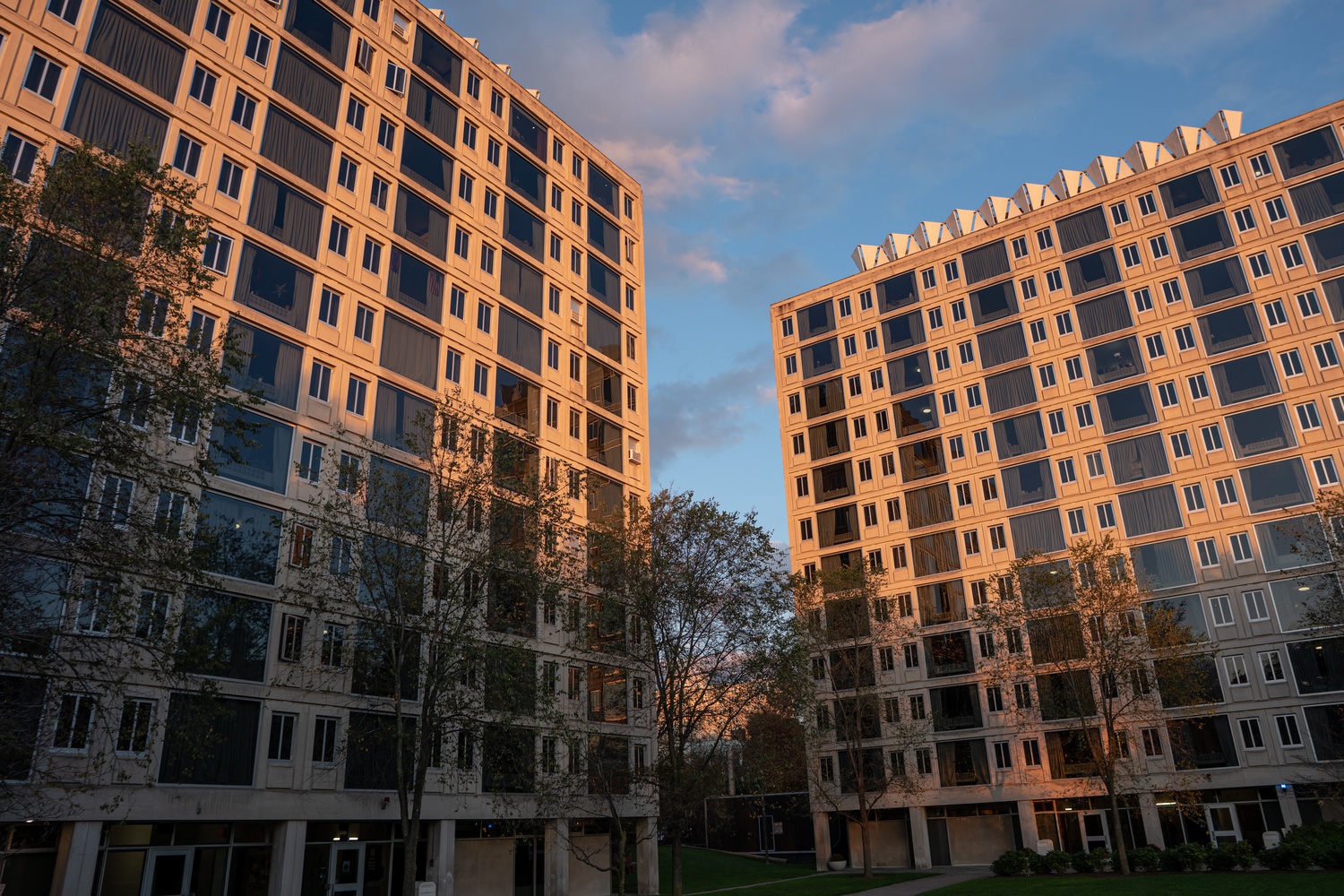 Leverett F Tower, of Leverett House, is set to be the location of a new game room for the House. By Brendan J. Chapuis
By Callia A. Chuang and Julie R. Hartman, Contributing Writers

Leverett House resident tutors have begun designing and developing a new recreation room — which will include arcade games and lounge areas — for the House’s residents.

Robert Roessler and Raymond S. Deluca, tutors in Leverett, put together a proposal for a new recreation room over the summer at the request of Faculty Deans Brian D. Farrell and Irina P. Ferreras. The faculty deans submitted their plan in September and the College has set aside funding for the space, according to Roessler and Deluca.

Since Leverett residents are split up among several disconnected buildings, Roessler and Deluca wrote in an emailed statement Wednesday that they wanted to create a space to bring residents together. They wrote that they believe that the Leverett Towers should be a priority because some of the buildings’ common spaces are “chronically underused.”

“Leverett, being the biggest House on campus — split between several large buildings — has specific challenges in the distribution and utilization of spaces,” they wrote. “This issue is made more acute in the Towers, where physical layouts have left some great spaces underutilized.”

Roessler and Deluca have sent out a spreadsheet and a poll to Leverett residents to gather ideas for recreation room amenities. The tutors wrote that they expect the room to include a few arcade machines, board games, video game consoles, and a dartboard, as well as a coffee table and a sofa. They also wrote that the game room would be located in F Tower, in a common room called F Hutch.

Jessica Tsang ’20, a Leverett House resident, said she thinks a new gathering space is much-needed because it can be difficult to book existing rooms.

“The space is really being used for nothing right now, so it would be beneficial,” Tsang said. “I think it would be nice for a lot of people to have that extra space to hang out just because it has been a little tougher for groups of people to get spaces here now.”

The plan for a new recreation room comes amid Leverett residents’ concerns about the frequent closure of other common spaces and the infrequency of House social events under Farrell and Ferreras. Students listed grievances in a shared Google Doc in September and discussed plans with House management.

Farrell and Ferreras wrote in an email Saturday that they are “very excited” about the prospect of the game room as a new recreation space for Leverett. Delaney O. Hurley ’22, who lives in Leverett, said she appreciates the efforts of the House administration to involve students in the process of creating the game room.

“I think it is a good sign that they are trying to incorporate student ideas into a space that is specifically designed for us,” Hurley said.

Roessler and Deluca wrote they hope students will meet and interact with each other in the new space.

“The goal is for the game room to become a vibrant place for students, tutors, and deans to gather for recreation and in-house events,” they wrote. “We want this to be a space where students who wouldn’t otherwise cross paths meet and get to know one another.”