Portrait of an Artist: Erin Morgenstern Talks Video Games and Myth-Making in ‘The Starless Sea’ 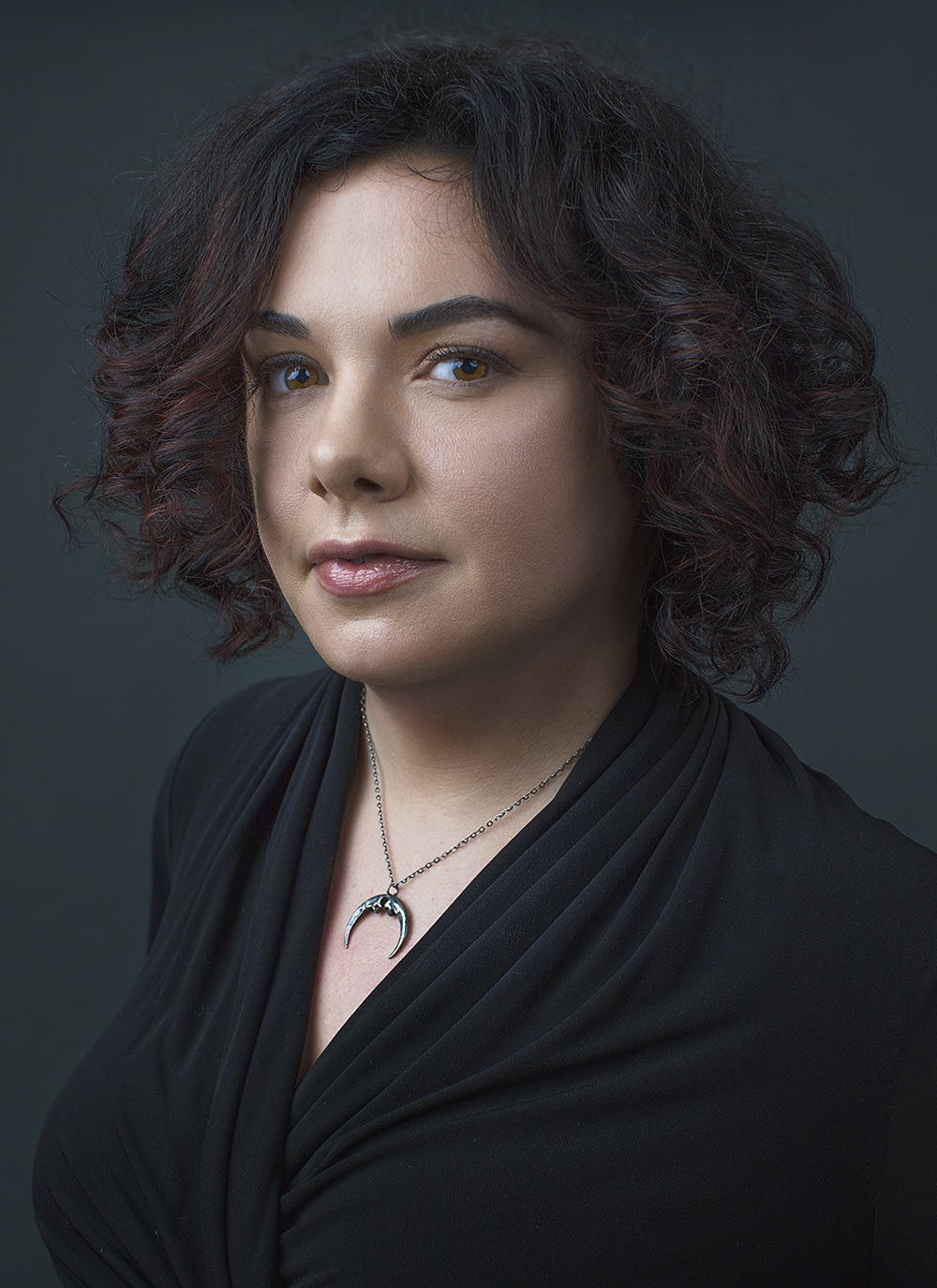 Eight years after the release of literary darling “The Night Circus,” fans have the chance to put a new Erin Morgenstern novel in their hands. Morgenstern’s second novel, “The Starless Sea,” is a whimsical fantasy that tells the story of Zachary, a gamer who finds an old, mysterious book at the library that contains a detailed account of a moment in his childhood. In honor of the moment so many readers have been waiting for, Morgenstern spoke with The Harvard Crimson about “The Starless Sea,” video games, myth-making, and her ideas for her next big project.

The Harvard Crimson: Did you find any surprising similarities or surprising differences when writing “The Starless Sea” versus “The Night Circus?”

Erin Morgenstern: I think it was different in some ways because I had to approach it differently, because no one was waiting for “The Night Circus.” And people were waiting for this one. I couldn’t abandon it because I had to finish it. It was something that I had to take more seriously. But at the same time the writing process remains just as messy and sprawling and unorganized as it is each time. I think that just is the way I write a book; I have to write it wrong first. I have to try different things and explore different ideas — write, rewrite, and rewrite some more — before I get the book shape.

THC: You rewrote this book several times before you got the final version we have now. What did you think was missing in those rewrites that we got in the final draft?

EM: A lot of things. I think I have a tendency to wander off in further directions and off into subplots and into things I don’t necessarily need. A lot of the rewriting is pulling back on those and focusing more on finding where the focus was and what the arc is and kind of getting more focus on Zachary. Plot is not my strong suit. I have these spaces in my head, and I focus more on atmosphere and tone. It takes me a while to define the right scenarios to navigate my way through an imaginary space with. So really finding what I wanted to say with it, where it was going. Someone different was the Owl King in every single draft.

THC: Most people would think of you as an atmospheric writer. How do you create that feeling of atmosphere? What do you think makes that your strong suit?

EM: I’m a very visual person. I didn’t set out to be a writer, I don’t really think writing — like, actual prose writing — is my strong suit at all. I know I do bad things with commas all the time. But I’m so visual that I have all these spaces in my head, I can see it in my brain and what I need to do in the writing process is take that space that exists in my head already and I know how it’s lit, I know how the furniture is upholstered, I know all the little digital details of the space that I have. And I need to figure out the right words to put on the paper so that when the reader reads it, they can conjure a similar sort of space in their head.

I always go back to trying to hit as many sensory tones as I can. I like to describe how spaces are lit or how things smell and kind of give you a fuller impression of that space and what’s going on. Because I think in fiction that people don’t describe how things smell nearly as much as they should. Lighting is the other one. I studied lighting design in college and as a theater major… When you describe a room then describe how it’s lit, you can change the tone entirely. By having just one candle on a table or there are overhead fluorescent lights, the same room has a completely different tone.

THC: “The Night Circus” was set in a historical European setting. Did you find it easier to root “The Starless Sea” in 21st century America? Was it easier or was it more challenging because you knew your readers were super familiar with this landscape?

EM: It was easier to have the baseline but it was harder because I didn’t want to date it too much. And at first, I didn’t want to put a specific year on it, and then I ended up committing to January 2015, because that’s when I wrote all of that initial early Zachary-on-campus-in-January stuff. All that winter it snowed a lot so that’s why it’s so, so snowy in there. But then I didn’t want to do too much. I didn’t want to focus too much on little everyday modern things. I wanted to get rid of his cellphone as soon as possible and that sort of thing. So it could just then go off into feeling sort of timeless because one of the things I wanted to do from the get go is something that felt new and old at the same time.

THC: Zachary is studying Emerging Media and is a gamer. How did video games impact your writing process?

EM: I think for me, it was one of those lightbulb moments. I thought maybe Zachary was like an English major or something. Then in 2014, I was playing Dragon Age, thinking about how RPG narratives work and how you can have different versions of the same story based on the player choices you may make. I could play it one way, and you can play in another way and make different decisions. And it’s like, it’s a different story. But what’s the real story? I kind of just got a bug in my head about that way, the narrative thing to think about.... When I first sat down to write, I thought I was writing about books. This is sort of my tagline: I thought I was writing a book about books, but it turned into a book about stories.

THC: Your books come with their own mythology, and you build these legends that are the backbone of the book. How do you come up with these stories?

EM: I mean, I wish I knew because then I could just do it again. I think a lot of it happens organically and they start with a symbols. I kind of knew that I wanted a Morgenstern novel to feel like a Morgenstern novel and this was my chance. Basically, the second book is where I get to establish what that is. “The Night Circus” is very much its own thing. Then to come in and do something new but still have it feel like me, that was my chance to define that a little bit.

I knew that one of the things that worked so well about “The Night Circus” as far as the aesthetic was the color scheme. But I didn’t want to lean too heavily on a color scheme for this one. I thought, “Well, what is it that still has that sort of visual flavor?” So very, very early on, I was playing with symbol. Symbols that would appear on different things and symbols that would have different meanings at different times. I had a bunch of them and then eventually settled down on the ones that are in the book, because I wanted to feel like it had some visual vocabulary. And then it did end up having a little bit a color scheme because everything was subterranean and beeswax candles dipped in gold.

THC: Where do you think that ability comes from?

EM: I think it’s a combination of things. I think I was a mythology kid, particularly into Greek and Egyption when I was little.... The thing I always go back to is not wanting to feel like anything in particular, like the time and place stuff. [“The Starless Sea”] really touches on Greek [mythology] more than anything, for two reasons. It has a Persephone underworld tone, and then also — I never looked this up, but 90 percent sure it was a Greek mythology thing that I was reading but it had a little footnote on something that had Fate listed as a consort of Time. And my brain just went, “Oh, what would that be like?” Because those are two very different things. Time‘s a constant in love with a variable and that’s kind of fascinating. And because I thought that was so interesting, and I thought I might want to use it I didn’t look up anything else about what the actual mythology is. So I just took that little nugget of info and then went off and built something with it.

THC: What’s more fun to write: the character who knows more about the world but is holding their cards close to their chest, or someone like Zachary, who is like the reader and thrown in, trying to figure out what’s happening and uncovering things?

EM: I think for me, it’s a little more fun to write that Zachary kind of POV. To write the person trying to figure it out. Beyond that, creating a more active, detective, questing kind of role, making it a little more organic point of view, because I get to take those steps in a logical way instead of trying to be like, “Well, how much at this point is this person hiding?” It’s a little more calculated. But Zachary was also really fun for me to write because he’s me. He reacts to things the way that I think I would react to them. It’s that, “Oh, this got weird. I need to go sit with my cat and think about it for awhile” kind of thing. Everybody’s me in one way or another, but he was me and how I would react in the situation, so that was fun for me to write.

THC: I know it’s very soon, your book isn’t even out yet — but do you have a seed of an idea for your next project? Or is it just time for a break?

EM: I think I will probably take a break. But I have a pile of little single lines and little things that I might want to play with. I definitely don’t know what it is yet. I haven’t really gotten into writing, but I sort of know where I want to go for the next big project. Also, “The Night Circus” is such an autumnal book, and “The Starless Sea” is very much a winter book, so I feel like I kind of have to do a spring book. It feels like a natural progression. I’m already writing down things about cherry blossoms and rain and trying to figure out where I want to go.

I’ve actually already cleared my schedule to do basically nothing through February to April/May. So I can hopefully close myself away and that that’s enough time to figure out what this wants to be. Then I can start the process of writing and rewriting. It hopefully won’t take quite as long as this one did.