On ‘Jesus Is King,’ Kanye Tests His Fans 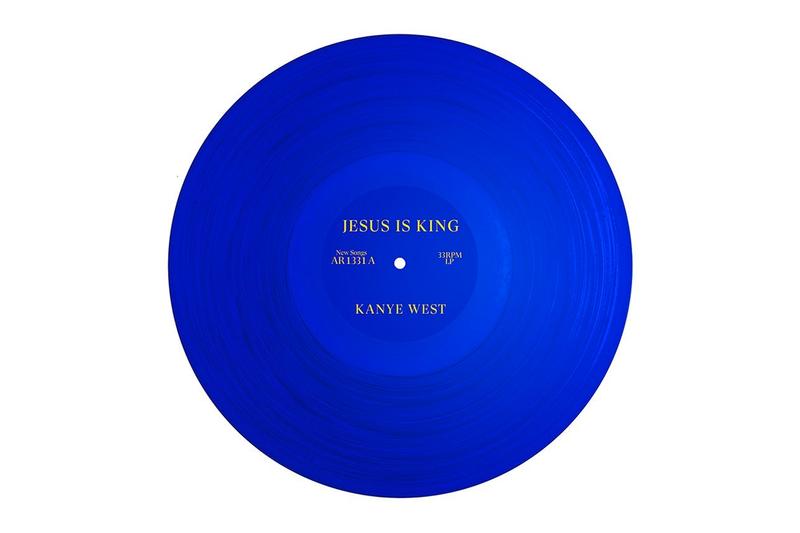 Kanye West’s evolution, among celebrities, is remarkable. The rapper knows how to hold the limelight, be it through music or public controversy — playing it safe has never been his brand. West expresses himself in full, from his 2009 Taylor Swift controversy to his avid endorsement of Trump. This time around, it’s his love for Jesus. The rapper with iconic outspokenness, fashion sense, and sampling prowess made an on-brand move with his unexpectedly devout album “Jesus Is King.” While it may be a noteworthy part of his artistic development, the album nonetheless isolates much of his fanbase.

“Jesus is King” is a 180-degree reversal from the old Kanye. On his 2010 album “My Beautiful Dark Twisted Fantasy,” West fetishizes the satanic, from “Devil in a New Dress” to “Hell of a Life,” and much of that album’s lyrics, along with those of more recent albums, promoted a starkly different array of values than those that guide “Jesus is King.” Reportedly, Kanye asked people producing the album not to have premarital sex and in “Closed on Sunday,” he asks his spouse Kim Kardashian West to stop taking nude selfies, aligning himself with what appear to be newfound conservative values per his re-identification with Christianity.

In the past, West’s more religious songs (see: “Ultralight Beam,” “Jesus Walks”) express a desire for religious uplift but still appear with near-nude album art or alongside explicit lyrics (i.e. in “Father Stretch My Hands,” gospel song followed by a remark about a model who bleached her asshole). In “Hands On,” Kanye shouts out his progress, singing, “Told the Devil I’m going on a strike… / I’ve been working for you my whole life.” Kanye indicates that this album is about a personal revelation — it intentionally fails to meet fans’ expectations. Many may have felt that Kanye disappointed with this album but, by ignoring their expectations, Kanye makes it seem that he’s elevated himself above money-making incentives, demonstrating a faithful commitment to his art (but perhaps still performatively so).

West drew upon the styles he employed skillfully in “The Life of Pablo” (2016) and “Ye” (2018). The opening sample of “Father Stretch My Hands Pt. 1” incorporates gospel sound. His sampling of funk and soul band Father’s Children’s “Dirt and Grime” at the start of “Facts,” and gospel singer Shirley Ann Lee’s “Someday” at the start of “Ghost Town” rooted the album in the black, Christian musical tradition he draws on heavily in “Jesus is King.” West’s integration of gospel and choral vocalists into his tracks is one of the album’s greatest merits. “Sunday Service Choir” provides an uplifting, reverberating background sampling in the very first track, “Every Hour,” and, in “Hands On,” gospel singer Fred Hammond contributes a brief but deeply-felt feature.

The sound of “Jesus Is King” is expansive. “Follow God,” one of the best songs on the album, has a memorable background melody sampled from “Can You Lose by Following God” by “Whole Truth,” and an invigorating rhythm. “On God,” with a distinctive Pi'erre Bourne sound, overlays an upbeat, video-game-like sound with his rap. “Everything We Need” is a smooth, coherent montage of gospel, Kanye rap, and features from Ty Dolla $ign and up-and-comer Ant Clemons. A majority of the songs on this album are masterfully sung and produced — West’s voice and sampling alike.

It nonetheless disappoints that West’s lyrics are almost entirely about Christianity: about following God, Jesus being humanity’s collective savior, the moral obligation, sometimes unsettlingly, to align with the faith. Songs like “Closed on Sunday” that reference “Chick-fil-A,” a company with anti-LGBTQ views and investments, alienate a substantial portion of West’s listeners whose social and political views he tramples. West may have chosen to target only Christian fans, but not only the lyrics evangelizing, they are greatly lacking. The best examples of lyrical prowess tend not to be about God, and songs like “Jesus Is,” are limited to shallow, generic lyrics like “I know God is alive, yeah / He has opened up my vision.”

This album does not explicitly have an audience — Christian rap fans may or may not take a liking to it, but the lyrics are unrelatable and uninspiring for most Kanye fans. The creation of this album took a degree of audacity that many artists never would risk, and “Jesus Is King” merits respect at least for that reason.

West expresses the public’s expectation of him and perhaps fear of judgment as well — he sings on “Hands On” that the Christians would be the first to judge him. This music was not meant for the Ye fanbase; it’s just West personally evolving, in the public eye. His fans have the right to “miss the old Kanye,” but even if in “Jesus Is King” he takes a new direction, West’s music has been a blessing.