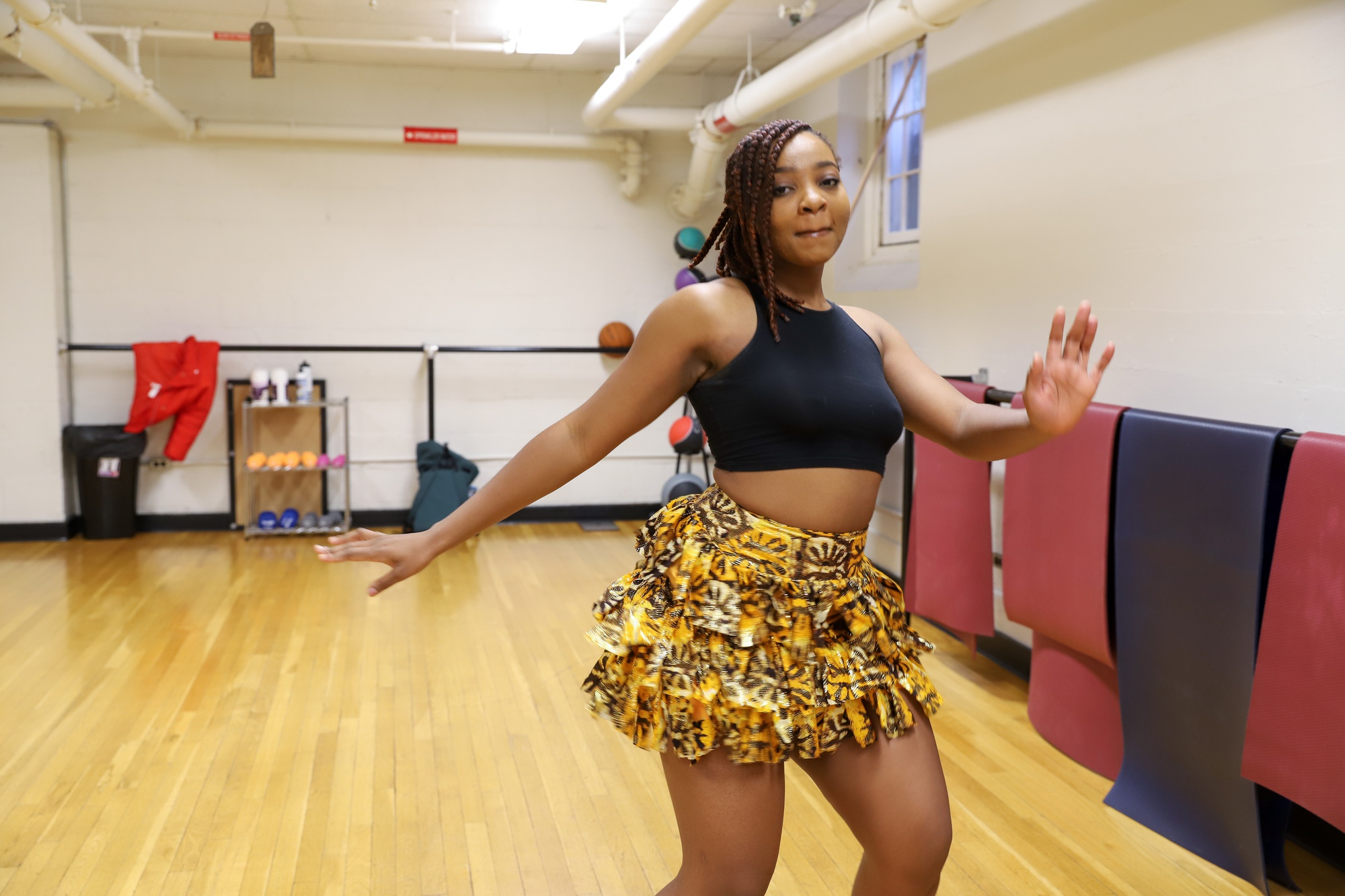 As energetic Afrobeats swell from a small red speaker, the chilly, subterranean Eliot House dance studio begins to thaw. Augusta C. Uwamanzu-Nna’s ’20 orange and gold ankara skirt flutters as she dances, smiling at the camera lens as it records her.

Uwamanzu-Nna is a part of Omo Naija, Harvard’s contemporary Nigerian dance troupe, which fuses traditional and modern dance styles inspired by West African culture. It was seeing Omo Naija perform during Visitas that convinced Uwumanzu-Nna to come to Harvard.

Uwumanzu-Nna gained local and national recognition when she was accepted to every Ivy League university. She says that she had no idea what to even expect from elite schools. “I honestly just thought [Harvard] was going to be a predominantly white institution with a lot of random things, but I just didn't expect to see something like [Omo Naija] and I was like, ‘What? Wow, this is crazy,’” she says.

At Visitas, she was dancing from her seat as Omo Naija performed onstage, and as soon as she stepped foot on campus to start her freshman year, she joined the troupe herself. By her sophomore year, she was a captain and had successfully established Omo Naija as a recognized club. Today, the group performs at colleges across the East Coast.

Omo Naija has provided Uwamanzu-Nna with a strong community and creative outlet. “This place is tough,” she says of Harvard. But Omo Naija has always been a supportive space on campus. “Literally every time I come to practice — and we have three two-hour practices a week — I'm here and I don't think about anything.” 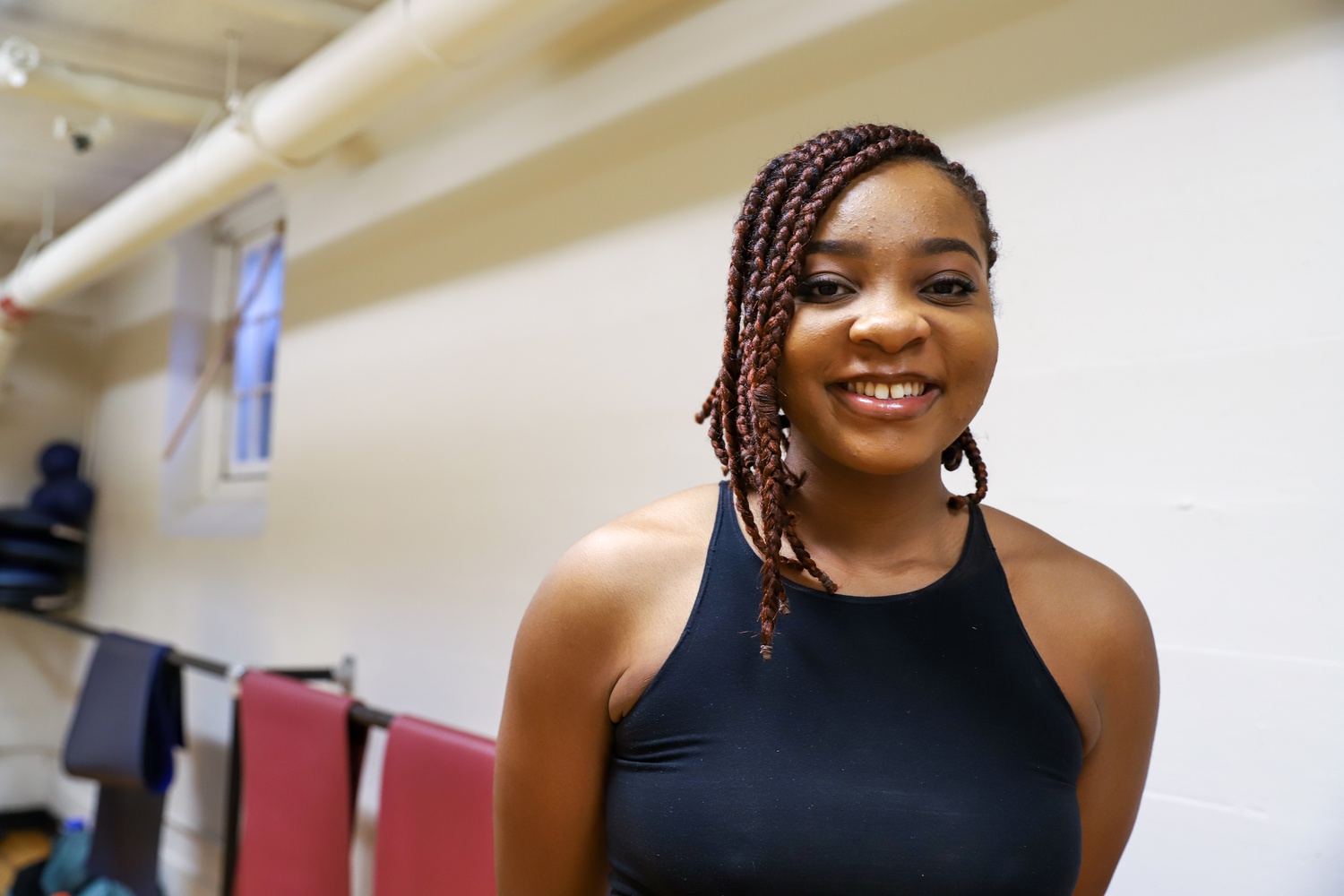 Uwamanzu-Nna is a bioengineering concentrator; this year, when she’s not dancing, she’s conducting research at Brigham and Women’s Hospital in Boston. She is working to create a new technological process by which proteins and other biomarkers can be detected through tests called single molecule array assays in under-resourced settings, where lab machines are not easily accessible.

While this work is part of her thesis research, the development of this technology is a multi-year project that she hopes to continue after graduation, before she goes on to pursue an M.D.-Ph.D.

Throughout her years as a STEM student at Harvard, Uwamanzu-Nna has observed the academic struggles that students, including herself, have faced — from imposter syndrome to testing anxiety. In high school, Uwumanzu-Nna says, people encouraged her, “speaking goodness onto [her],” which affirmed her abilities. “I love getting mentorship and I love inspiring people and just assuring people that things will be okay,” she says.

The support she received has driven her to champion other black students in STEM. She worked with the Dean Doyle of the School of Engineering and Applied Sciences to create a Harvard chapter of the National Society for Business and Engineers. She helped organize the Harvard chapter of the National Society for Black Engineers as well as a brunch for black women in science and engineering.

Black women from all walks of scientific life came to the brunch, including women from the PBS science documentary series NOVA, tech consulting firms, and electrical engineering fields. Recalling her reaction to seeing all these black women in these spaces, Uwamanzu-Nna says excitedly, “‘This is crazy, like I see you in this spot and you’re so cool and I am resonating with you and I could maybe see myself in your position one day. And I think having events like that — that type of work is so important to me.”

This passion for mentorship has extended into her work with Harvard Undergraduate Consulting on Business and the Environment. While Uwamanzu-Nna doesn’t intend to pursue consulting in the future, it still taught her valuable lessons and provided her with a strong community of people whom she might have never known otherwise. As one of the only black women on her board, she says, “I was able to take up space in an organization — to take up space as a black woman.” She feels that the experience helped her to gain confidence as a leader.

“In May of 2020, I will graduate with a Bachelor of Science and Engineering and, that's just why I'm so proud of myself — when I do that — because this place is hard,” she says. Wherever Uwamanzu-Nna goes, she hopes to seek support from, and give support to, those around her. “It’s just good to have people believe in you, you know?”