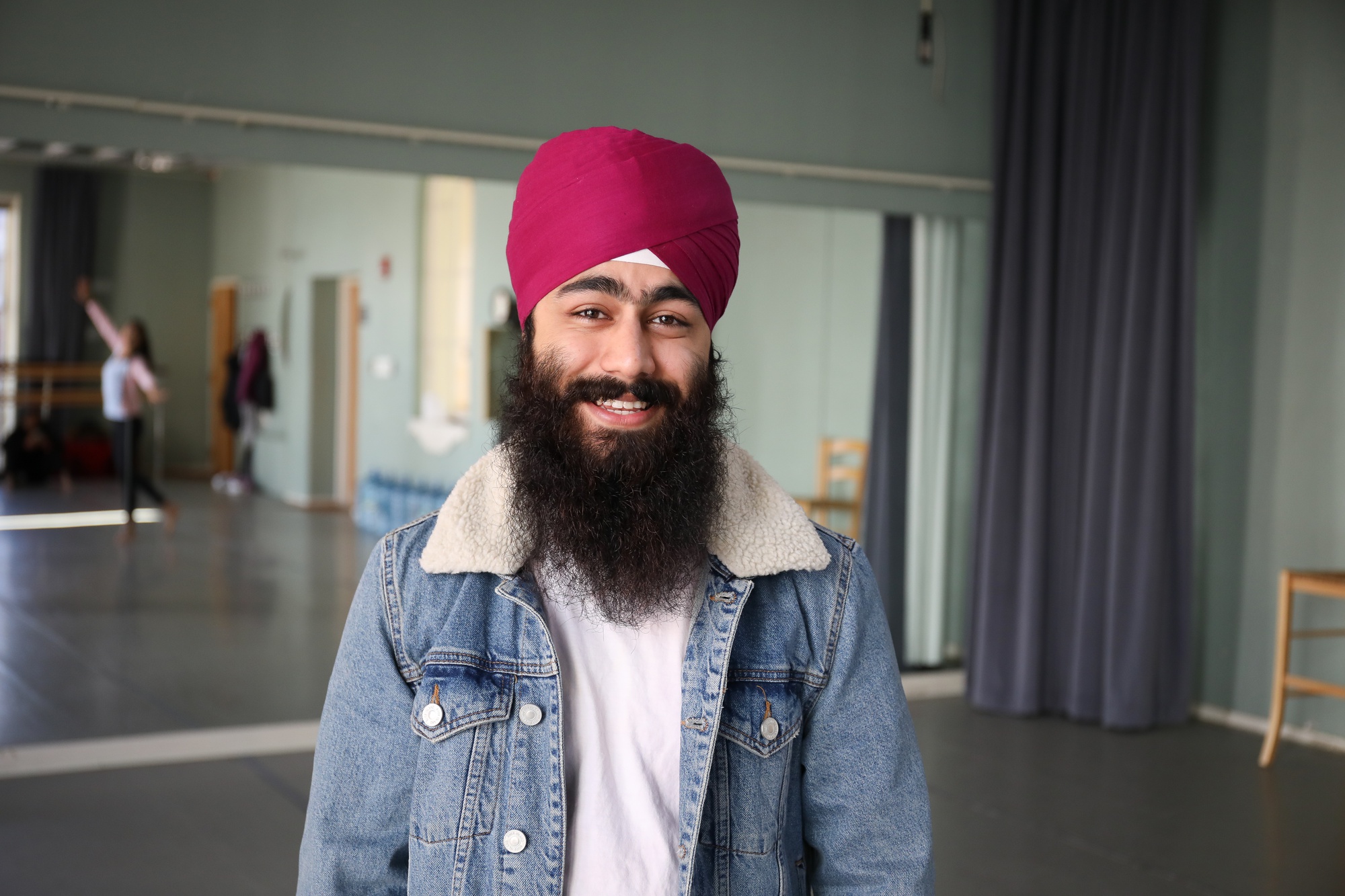 Marta had planned to watch the group’s performance during Visitas, but without a Harvard ID, he was turned away. Dejected, he headed back to his host’s room. Later that weekend, though, he crossed paths with some of the team’s members. They noticed him right away: He stood out because he was wearing a turban.

“They were so interested to know who I am,” recalls Marta, an inactive Crimson multimedia editor. “From that day I was like, you know what, I know this is going to be a big part of my Harvard journey.”

Harvard’s Bhangra team combines traditional Punjabi dance with contemporary Western hip hop in their performances. Marta remarks that “Bhangra’s a lot about energy, about smiling.” When he first joined Harvard Bhangra, the group was struggling — a low participation rate combined with inadequate leadership. Marta stepped in as a sophomore and helped to create a board for Bhangra, hoping that, with more structure, the group would survive and grow. 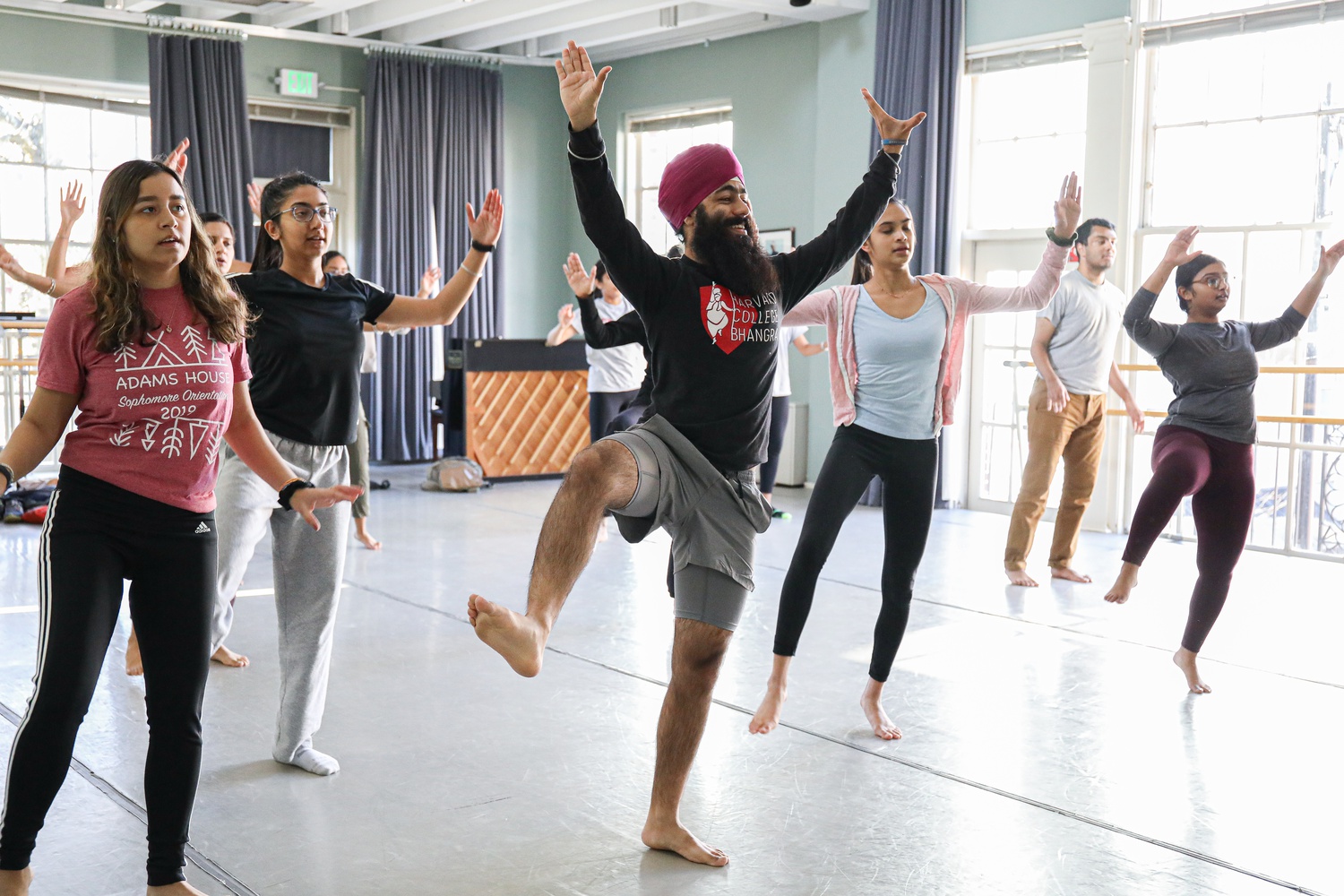 “I was just very excited and dazzled by the fact that people [in Bhangra] were like: Tell us what we want to do, because we want to do something.” Marta repeats how nice it is when other people care, and then apologizes for repeating the same thought. Then repeats it again.

He’s excited by the excitement of others. That’s why he resurrected the Harvard British Club and assumed the role of Prime Minister; that’s why he helped revitalize the Eliot darkroom.

When Marta first arrived on campus, he initially had trouble finding a place for himself. He was one of few Sikh students on campus. He is also a first-generation college student, an international student, and a refugee. His parents had fled Afghanistan for the Netherlands, where they lived for eight years until they moved to England. His first name alone — Awnit — reflects his family’s history: “My name is spelled with a ‘W’ ... [and] in Dutch, the W is pronounced as a V. So in British English or American English, it would be written with a V — that in itself speaks to who I am.”

Where Marta couldn’t find community at Harvard, he forged his own. Since Harvard harbors such a small number of Sikh students, Marta began to reach out to Boston’s Sikh community at large. He organized a group of students and other local young people to attend Gurdwara, or Sikh temple; they playfully call themselves the Gurdwara Gang.

Though Marta slowly began to find his niche, explaining his life in Cambridge to his family never came easily. “There are certain conversations I struggle having with my parents, when it comes to jobs or academics,” Marta says. “I talk to [my mom] sometimes about how what I’m learning in my British Empire class — the irony — how I can extrapolate the skills I’m learning, and apply them to my Afghan heritage.” The way Harvard operates, in all arenas from academics to social rules, doesn’t always translate clearly to Marta’s family back home.

This changed with the chai machine — his senior thesis.

Marta giggles with surprise when I bring up it up: “How did — did someone say this? Oh, wow, that’s interesting.”

“Making chai is even harder [than making tea],” Marta explains. “There’s a whole process of it: how you heat the water, how you insert the ingredients. With the milk, you have to let it boil, you have to supervise the whole process. And I thought: What if we could automate this whole process?”

The idea came to him over the summer, while he was “doing nothing related to engineering.” When he returned to school, he approached his academic advisor; while telling the story, Marta pantomimes his advisor’s skepticism and engineering instinct to delineate the project into a bullet-point list of tasks. Marta’s mother was just as confused: “She was like, ‘What?’”

Finally, Marta could build a bridge between his home and school. The chai machine “is one of those things which [my mother] can fully comprehend and understand.”

After years of bringing his home to Harvard — through Bhangra, British Club, the Gurdwara Gang — Marta found a way to bring Harvard home.