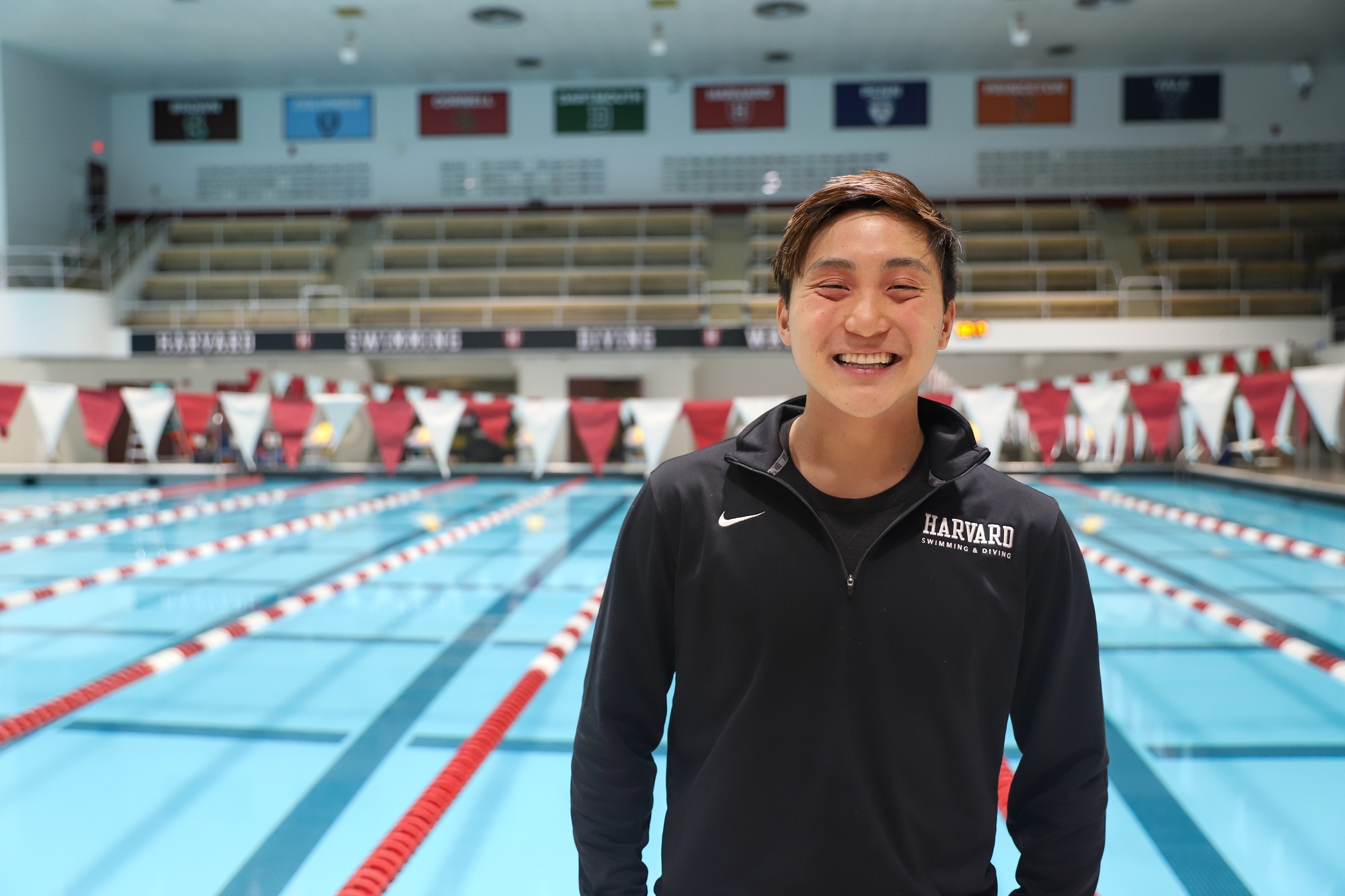 After his body breaks the surface of the water, sending a soft ripple outwards to the gutters of Blodgett Pool, there follows a moment of prolonged stillness. Suspended two or three feet underwater, Daniel W. Chang ’20 pauses for a few seconds, peaceful: He is at home in the water.

When he surfaces, his smile and his laughter return almost instantly.

Chang exits the water and surveys the pool, empty after the end of morning practice. “This place is where I’ve learned my biggest life lessons when it comes to working hard, my academics, and especially my identity and how I fit into a team setting,” he says. “It’s the most important place to me on this campus.” 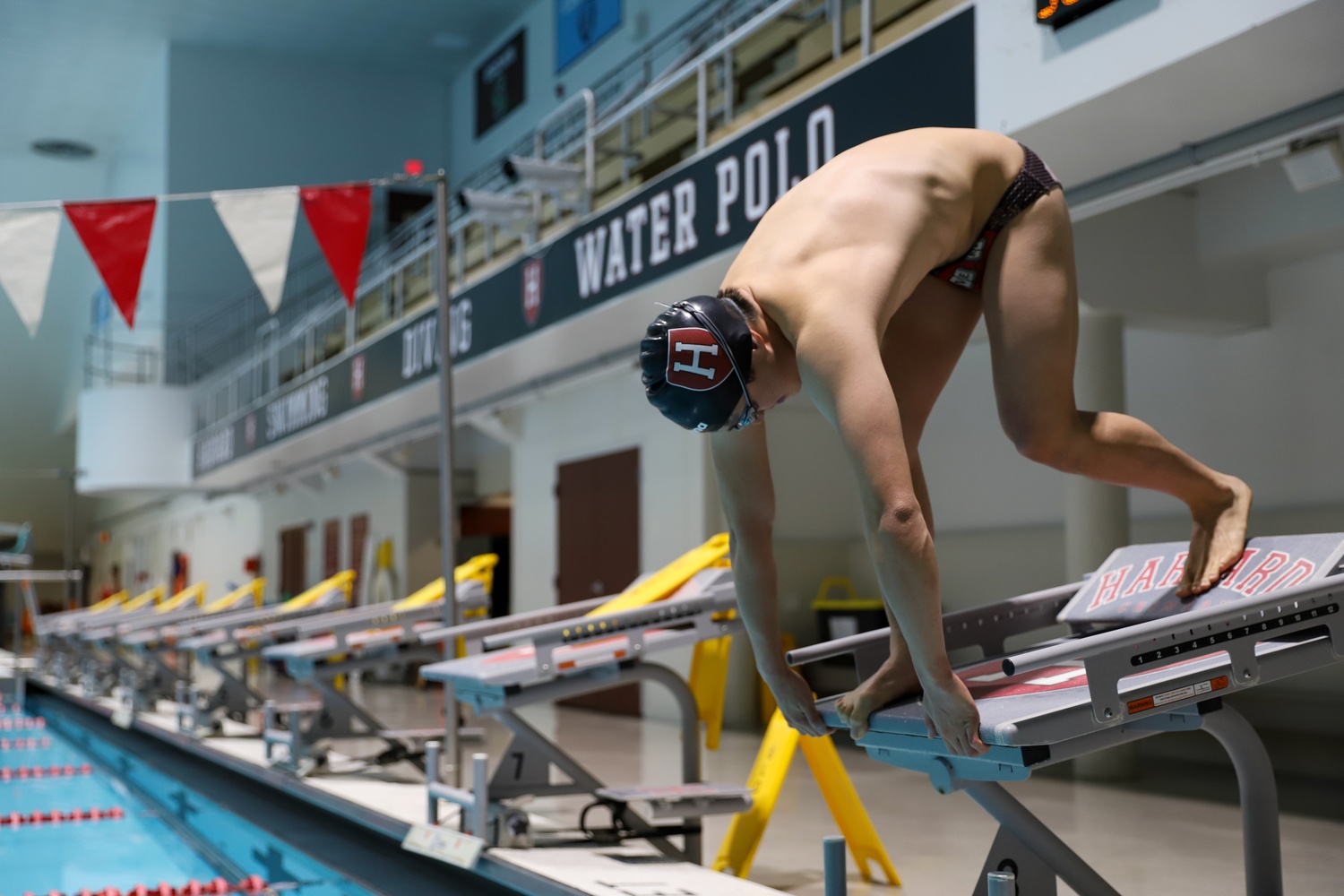 Chang serves as Quincy House’s Resource Efficiency Program representative and is concentrating in Environmental Science and Engineering. In competitions, he frequently breaks the two-minute mark in the two-hundred meter breastroke. And when he was elected to lead the Harvard men’s swimming team, Chang became one of the nation’s only openly gay captains of a Division I NCAA sports team.

The youngest of four, Chang first started swimming at age eight in his hometown of Johnson City, Tenn. Encouraged by his teammates, siblings, and a particularly supportive coach, he excelled at the sport, attending the 2016 Olympic trials and earning All-American honors 10 separate times.

He reflects on his achievements with a sense of humor. “I always joke that one of the reasons why I love swimming so much is because I sweat a ton whenever I do anything else,” he says, laughing. “I really hate sweating — so that’s why I think I was drawn to swimming.”

As he became more and more competitive, Chang began to reckon seriously with the possibility of swimming at the collegiate level. Pursued by Harvard, Princeton, and the University of Michigan, he settled on Harvard after his recruiting trip. “I really felt at home,” he recalls. “It’s hard to explain, but in those 48 hours, I felt as if I fit in effortlessly.”

Still, that experience of fitting in wasn’t always seamless. “When I left Tennessee and came to Harvard, I thought that being a gay athlete would go from being really, really difficult to being perfect — but nothing in life is ever going to be perfect.” He shrugs. The experience of being an openly gay athlete, Chang says, “has been the main driver of my maturity over the last three years — I’ve really had to force myself to think about what’s important to me.”

“I would never say that our culture was in any way negative,” he adds after a moment of reflection. “But in the end, we are a men’s Division I sports team — and some cultures that are associated with that will always exist, regardless of other external factors.”
Chang cites Schuyler Bailar ’19 — the first openly transgender athlete in any NCAA Division I sport and a Harvard swimmer one year his senior — as an important mentor and friend.

“There has been some really awesome positivity that has grown in the last four years,” he says. “Whether it’s team culture related to social things or our performance, we’ve really been motivated to push ourselves to be more than just ‘scrawny Ivy League athletes,’” he says, making air quotes with his fingers.

Though he would be hesitant to acknowledge it, a substantial part of the credit for that culture shift is owed to Chang himself — and his efforts as captain.

“My last four years of captains have been really amazing,” he says. “I’ve always wanted to be as good of a leader as they are — but partially because of my identity, I think I have felt like I could never be the same captain that they were.”

He pauses, surveys the pool again. “That was something I really had to grapple with throughout my first couple of weeks as captain,” Chang says. “I had to realize that, regardless of my identity, I can still be a really strong leader on this team of six-foot-six, really tall white men.”

In the water and out, Chang’s leadership stands as a testament to the culture that first drew him to Harvard, a culture that he went on to shape. “Being captain has shown that I really have grown into my role on this team.” He smiles. “Regardless of my sexual identity, I feel very confident to lead.” 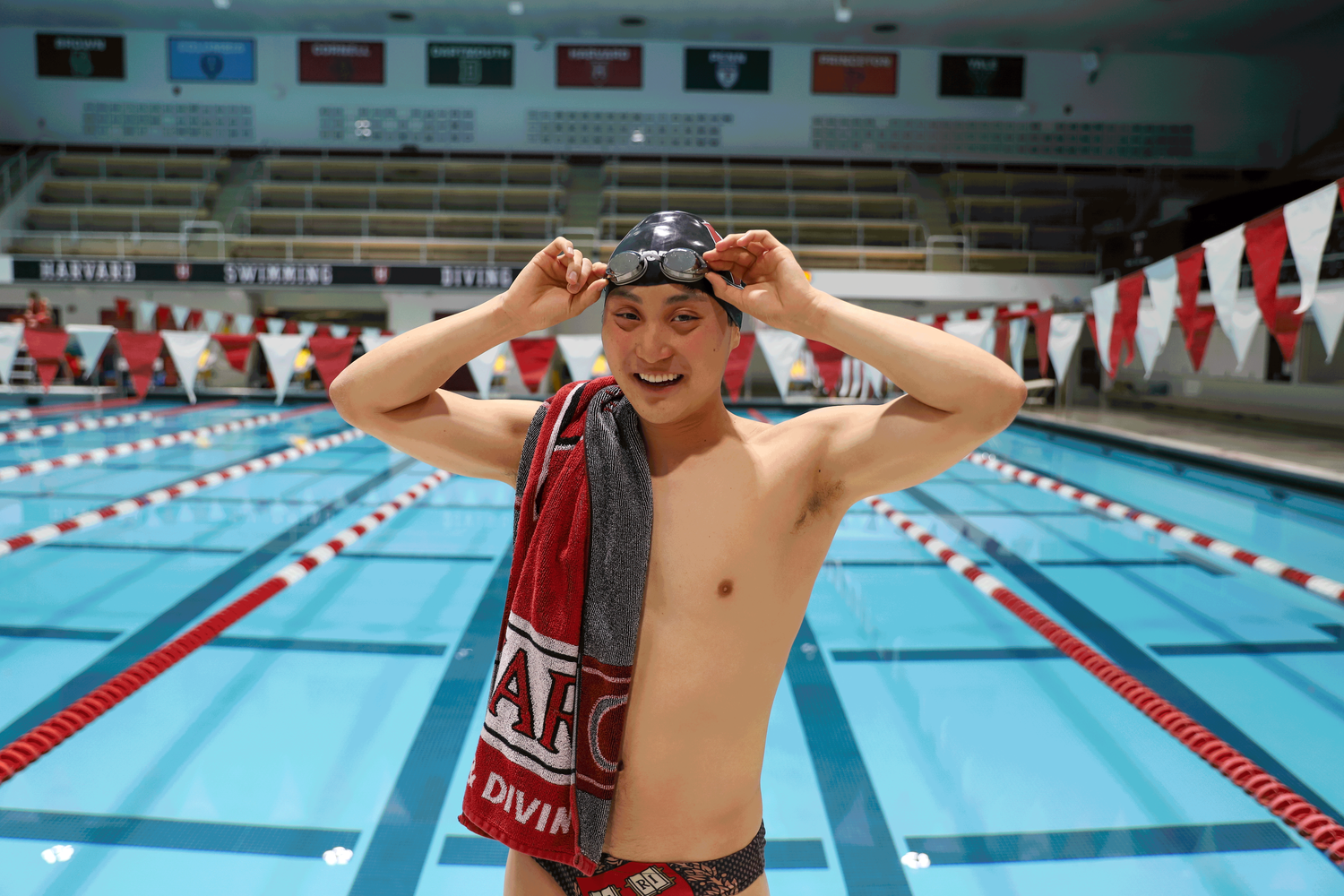