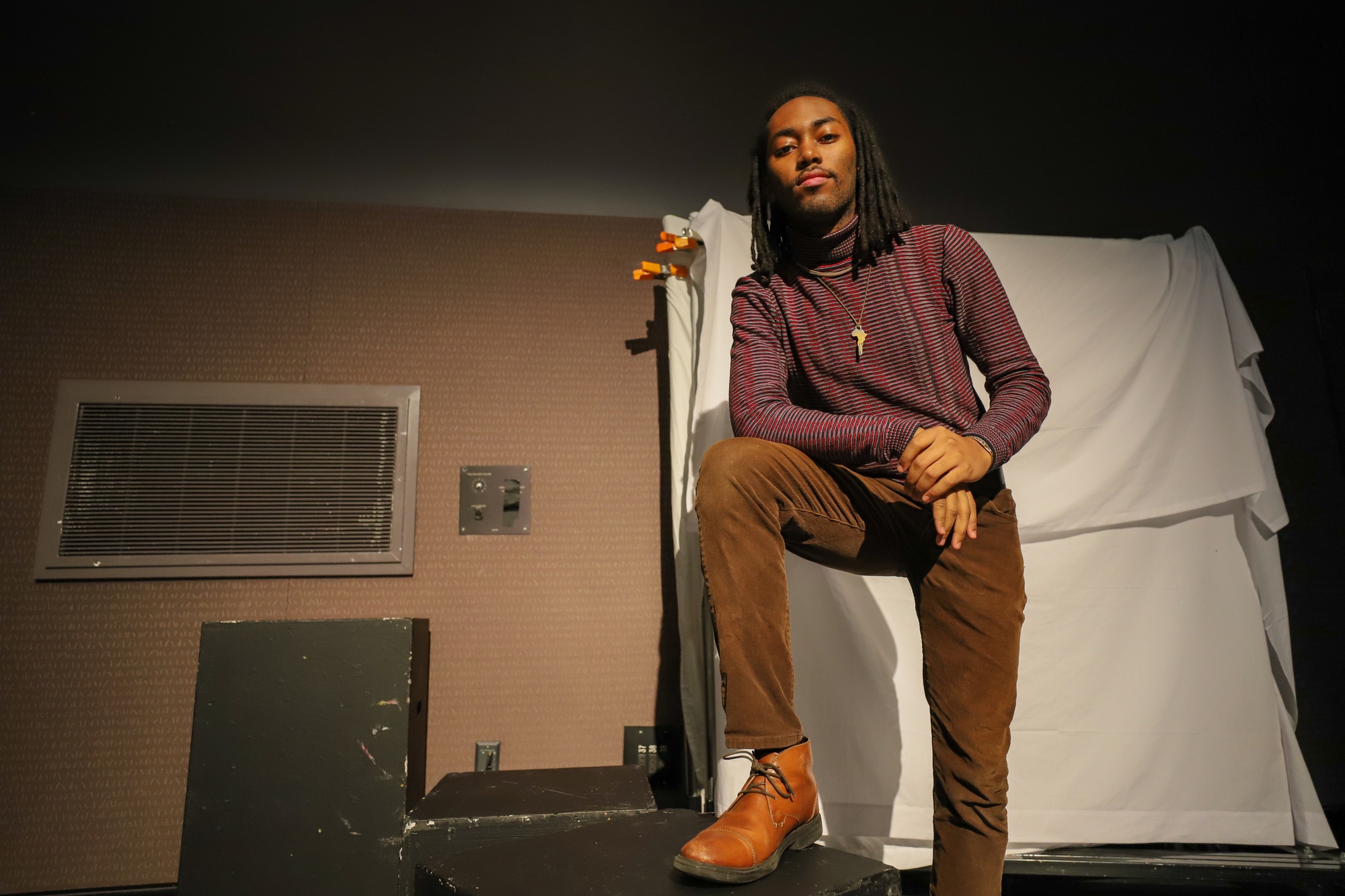 In the center of room 303 in Farkas Hall, Julius Z. R. Wade ’20 and I sit at a table illuminated by two spotlights. Darkness fills every other corner of the room. The setup reminds me of a scene from an old-school detective film. I joke that it feels like an interrogation; Wade seems far more comfortable with the spotlight than I am.

Despite having no artistic experience before college, Wade has participated in more than 30 shows at Harvard as an actor, director, producer, and stage manager — “the whole nine yards,” he says. Aside from theater productions, Wade is also involved in Harvard’s comedy scene as a member of the improv troupe On Thin Ice, the Harvard College Stand Up Comic Society, Satire V, and On Harvard Time, where he serves as the executive producer.

Wade’s joint concentration in History and Literature and Theater, Dance, and Media doesn’t bear any resemblance to his original career plans. As a child, he aspired to be a neurosurgeon, but he wasn’t scared to change his mind.

“In the process of applying to schools, I gained an appreciation for the unknown — that sounds philosophical and weird,” he laughs. “I think that [the process] made me more open to exploring and pushing myself in new ways that I wouldn’t imagine.”

Inspired by his FOP leader, who was a member of OTI, Wade auditioned freshman fall and joined the group. That semester, he accompanied an entryway-mate to common casting auditions for the fall shows: he was called back for 11 of them.

“I was like, ‘Holy shit! This is crazy!’” Wade exclaims. “It was a series of fortunate events. I was lucky, I got lucky.”

The momentum that he built up freshman year has carried him through multiple productions. Among the most memorable is his sophomore fall directing debut with “Sweeney Todd.”

“That one will always have a special place in my heart, because that was one year after I got rejected [from directing] the First-Year Musical,” he says. “It was a nice, full-circle moment for me.” 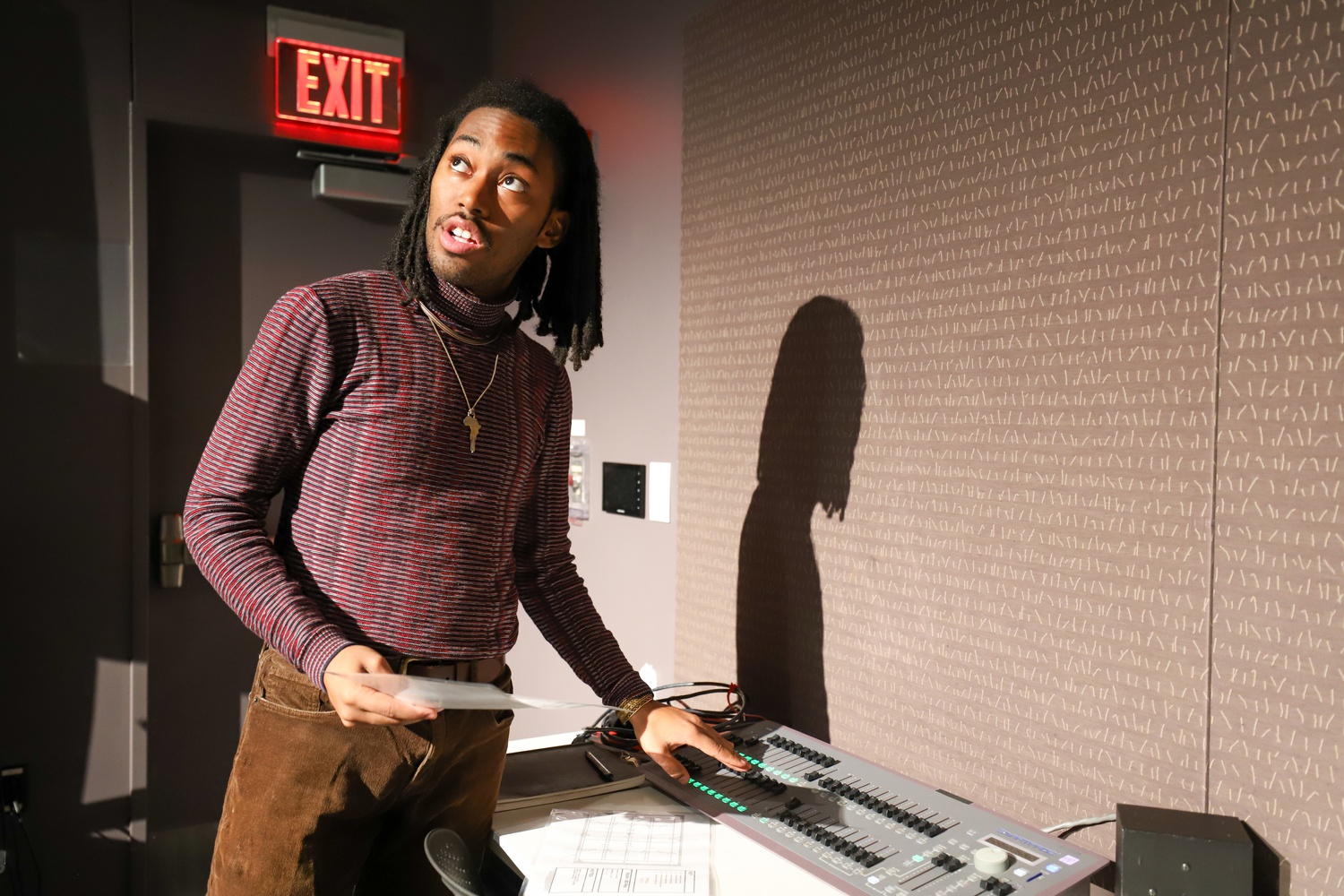 Wade’s largest project to date is his thesis, a one-man production of Mac Wellman’s “Terminal Hip” that he’ll perform at the Harvard Art Museum in February. The production explores his relationship to the American Dream as a person of color, for whom that dream has “historically be inaccessible.”

Wade is also a first-generation college student. He grew up in Miami, Fla. — a “crazy ass city” — where he became the first person from his high school to attend Harvard.

“Harvard was the place I wanted to go for literally… a long time,” he says. “It was after I saw the movie ‘Click’ with Adam Sandler.”

After my surprised burst of laughter subsides, he clarifies: “his daughter [in the film] is very smart and talked about doing calculus as a seven-year-old and going to Harvard or something? So at that point, I was like, Harvard is the only school that exists.”

Now, after four years at his dream institution, Wade feels “increasingly emotional about everything.”

“I just know that this life that I’m living is much different than any life anyone my family has lived,” he says slowly, his voice slightly straining. “I’m so fortunate, and I’m so driven to trail-blaze for them, to provide for them. That identity and this experience that I’ve had as the first person in my family from the background that I’ve come from is just so special to me. I never want to not tie that to myself.”

Wade hopes to act in film and TV immediately after graduating, but he also plans to eventually return home to give back to his community. “If I’m successful and if I have a platform… then I would want to move into public service. Having my own non-profit would be amazing,” he explains.

Almost as an afterthought, I ask Wade a final question — what does he have to say to aspiring artists?

“Go for it. Follow the interest until it becomes a passion, and it will happen,” he says. “Trust yourself, step into the darkness, and I think you’ll have a good time.”