Behind the Scenes: The Making of the First Gender Neutral Hasty Pudding Show 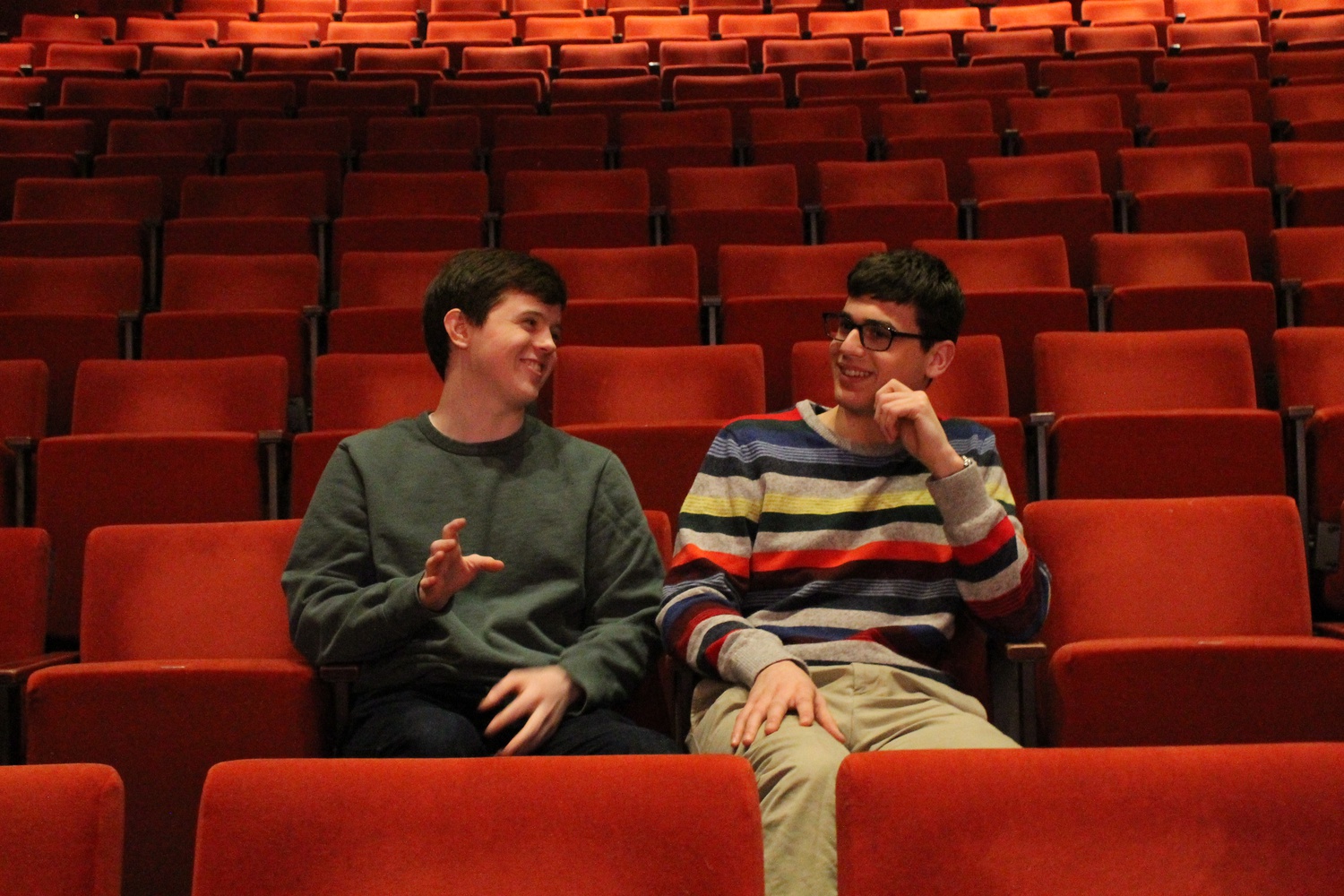 This past weekend, scores of students, faculty, and alumni packed into Farkas Hall to witness something unprecedented: the first show by the Hasty Pudding Theatricals with female cast members. Many people in the Harvard community have worked together to pull off “France France Revolution,” from tech and lighting crews, to the seamstresses who produce the cast’s larger-than-life costumes.

But when it came time to bring this idea to life, arguably few were more involved than Michael R. Perusse ’20 and Max R. Weiss ’20. As the show’s two co-writers, they were responsible for creating a script that maintained the signature Pudding style in a show that is no longer all male.

As Weiss and Perusse described the experience, they said that they could not have been more excited about the opportunity to create the story for this historic show.

“When we heard the announcement at last year’s Woman of the Year show preview, we immediately texted each other: we have to write this show,” Perusse said. “We feel immeasurably honored.”

“We get to do more things, we get a larger talent pool, and it makes for an all-around better show having all genders in the cast,” Weiss added.

According to Weiss and Perusse, the show’s casting may have changed, but the fundamental structure remains. Like in previous years, the production still contains six men and six women — only now, those “men” and “women” can be played by people of any gender.

“In the script-writing process, we wrote the script not knowing what genders would be filling the roles,” Weiss said. “We wrote six roles that presented as female and six that presented as male. Once we came to casting, it was just like, she is hilarious playing him, he is hilarious playing her. Which we wouldn’t be able to do if we cast people who identified as males as our male characters.”

Once casting was over, the authors combed back through the script to tailor it to each performer.

“There’s a huge revision process, and any line in the show’s that’s said probably had potentially eight people think it was decent,” Perusse said. They estimated that only 20 percent of their original work made it into the final version, and they continued editing long into the rehearsal process.

“Two weeks leading up to the show we had line edits coming out twice a day, based on things like the length of the script, what set pieces could be made, and what we had available,” Perusse said. “It was really a lot of optimizing up until opening night.”

This year’s costumes, like the casting process, have many structural similarities to those of prior Pudding shows.

“Every costume would be the same no matter who is playing the character – the only differences would be the dimensions when it comes to the fitting room,” Perusse said. “The costumer begins working on designs around the same time as casting, as the script starts to become more concrete. There aren’t, as far as we know, any particular changes that are done because of the gender.”

The authors also talked about their relationship with the Pudding’s long tradition of cross-dressing and how it functioned within their story of star-crossed French lovers.

“We usually don’t talk about our cross-dressing as ‘drag,’ because it means something specific and has roots in the LGBTQ+ community,” Weiss said. “I think that our cross-dressing allows for a couple of different opportunities that make the show special. We’re able with the audience to laugh at the absurdity of gender construction and gender as a social construct because we can blur the lines a ton. And we get to just cast the best actor for the role.”

Cross-dressing has always been a part of Pudding shows, and Weiss and Perusse emphasized the importance of keeping “France France Revolution” true to the Pudding’s original spirit.

“We’ve watched videos of older shows to make sure that we stick to the same style,” Weiss said. “We aren’t doing a different style of show.”

Weiss and Perusse said that they heard positive feedback on their work from long-term Pudding members.

“The opening weekend show is where the majority of the alumni come back. Overwhelmingly, they were saying how excited they were to see this change come true. And also how amazed they were that so much of the ‘feeling’ remained,” Perusse said.

Now that the show has opened, Weiss and Perusse finally have the opportunity to sit back and watch how their final product is received.

“We haven’t touched the script,” Perusse said. After many months of fine-tuning, their job is finally finished. It’s now up audiences to make up their minds about “France France Revolution” — and the new era it signals in the long history of the Hasty Pudding.

— Staff writer Joy C. Ashford can be reached at joy.ashford@thecrimson.com.