‘The Umbrella Academy’ is Far From Ordinary 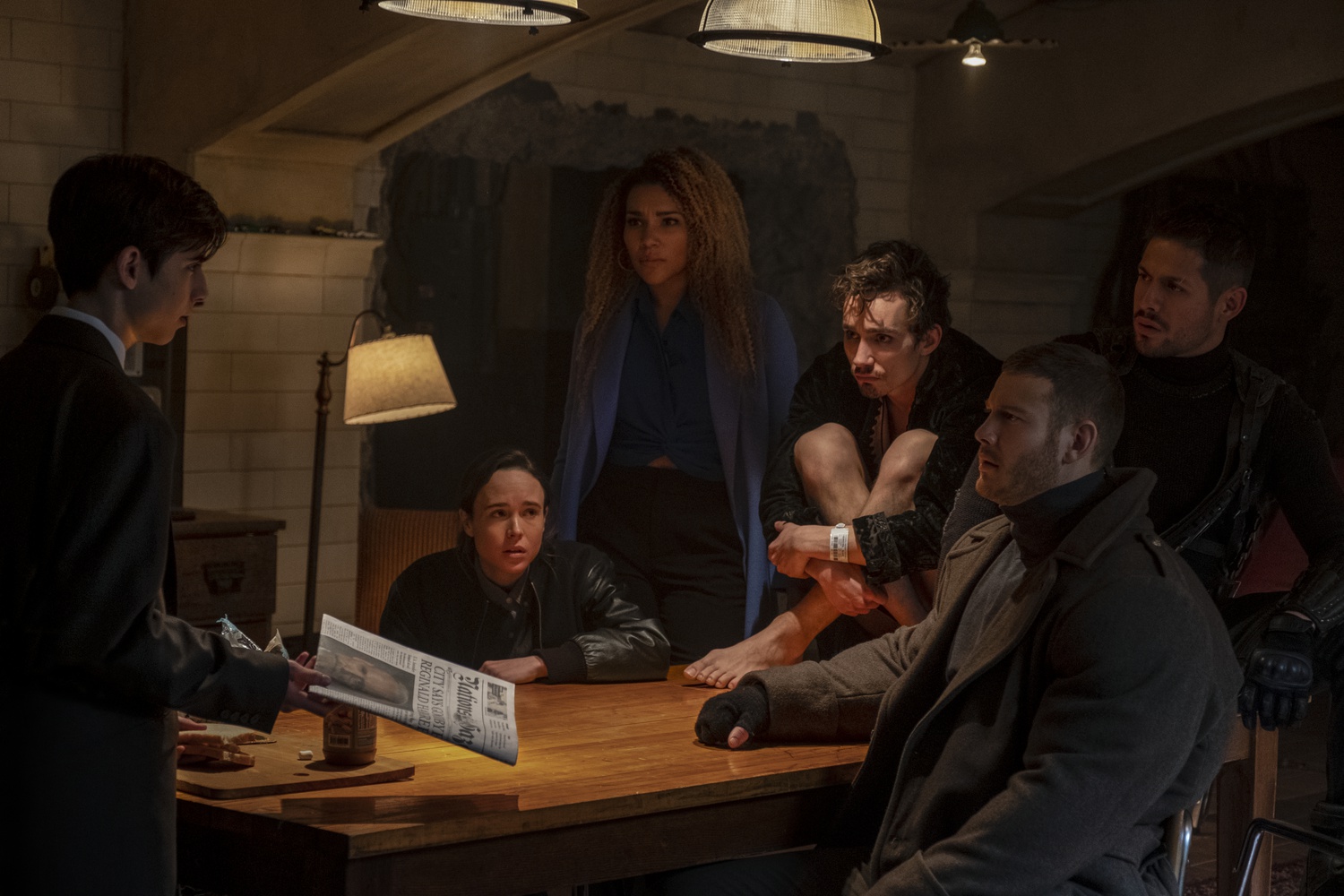 If there is anything that today’s constant barrage of comic book adaptations has taught the modern viewer, it’s that superhero stories are repetitive. There are only so many times viewers can stomach another movie or show about a superpowered golden boy who pursues justice — while mourning the death of his beloved parents, of course. For this reason, new contenders have to be truly weird to stand out. Fortunately, weirdness is exactly where “The Umbrella Academy” excels.

Take the very first scene, for example. What starts as an innocent flirtation between a Russian woman and a charming young man, ends with the former becoming spontaneously pregnant and giving birth in a pool. If that’s not weird enough, the show makes sure to take it up a notch with each episode — from the introduction of a talking chimpanzee butler to a scene in which two time-traveling assassins accidentally get high and burn down a medical supplier. Showrunner Steve Blackman is fully aware of the suspension of disbelief inherent to this genre, and he pushes this concept to the very limit. Beneath all of this wackiness, however, are poignant themes of trauma, abuse, and familial love.

Based on a 2007 comic series by Gerard Way (yes, that one), “The Umbrella Academy” follows a dysfunctional family of former superheroes. Each of the seven super-powered children in this family was born on the same day and subsequently collected by an eccentric billionaire named Sir Reginald Hargreeves (Colm Feore). Rather than lovingly raising these kids, Hargreeves chooses to assign them numbers and train them to be the best team of superhero children the world has ever seen.

At the start of the series, the now grown-up siblings have left their dangerous lives of superheroism to pursue their own passions. Super strong Number One/Luther (Tom Hopper) is now an astronaut, Number Two/Diego (David Castañeda) has put his knife throwing abilities to use as a vigilante hero, Number Three/Allison (Emmy Raver-Lampman) sets aside her powers of persuasion for a life of fame and luxury, Number Four/Klaus (Robert Sheehan) turns to drugs to cope with his ability to speak to the dead, and completely ordinary Number Seven/Vanya (Ellen Page) has a semi-successful career as a violinist. Numbers Five and Six, meanwhile, are missing and dead, respectively.

Naturally, the only thing that can bring this dysfunctional group of misfits back together is the death of their adoptive father and the return of the formerly presumed missing Number Five, who warns of an impending apocalypse. If that’s not bizzare enough, the mentally 50-year-old Number Five is now stuck in a 13-year-old body (Aidan Gallagher) and chased by time-traveling assassins (Cameron Britton and Mary J. Blige).

Accompanying these misadventures is a carefully crafted soundtrack that should serve as a lesson to all films and shows from this point forward. Somehow always perfectly complementing the scene at hand, the diverse tracklist features everything from a “Phantom of the Opera” medley to They Might Be Giants’ “Istanbul” — and that’s just in the first episode. In what is possibly the most iconic scene of 2019 yet, each of the siblings dances alone to Tiffany’s incredibly appropriate “I Think We’re Alone Now.” Not only does this scene show off some hilarious dance moves from the entire cast, but it also reflects the isolation that plagues each sibling, despite seemingly being surrounded by support.

While the obvious solution to this loneliness may be for the family to work together, there are a number of barriers which stand between the siblings, including Luther’s sense of betrayal for being left alone, as well as Vanya’s feelings of rejection due to being the only “ordinary” child. Accordingly, scenes in which the characters are involuntarily compelled to work together are often the most powerful: The forcible breaking down of these barriers reveals deep seated insecurities and unresolved trauma. In spite of all the excitement and flair of its superhero genre, “The Umbrella Academy” is ultimately a show about the effects of abuse. Far from the benevolent Professor X-esque mentor one might expect, Reginald Hargreeves is a cold, selfish man who valued the publicity of running a superhero team over the mental health of his lonely, developing children. As more and more of Reginald’s secrets are revealed, it becomes clear that he is a greater threat than any possible supervillain. Not only do his abusive actions emotionally stunt his children, but they also have quite literally earth-shattering consequences on the world altogether.

The brilliance of hiding a complex commentary on mental health and abusive relationships under the appeal of heroics and weirdness is exactly what TV needs right now. Rather than copping out and espousing the same old lessons as previous films and TV series, “The Umbrella Academy” dives deep into the more unpleasant side-effects of superheroism. Most importantly, these important themes are packaged in a genuinely enjoyable experience. This is not to say there are no missteps, but that the occasional awkward adopted sibling romance or confusing time travel plot is made up for by a very wholesome birdwatching-centered romance and young Aidan Gallagher’s uncanny ability to act like a 50-year-old man. Ultimately, “The Umbrella Academy,” like sweet, neglected Vanya, turns out to be far from just ordinary.