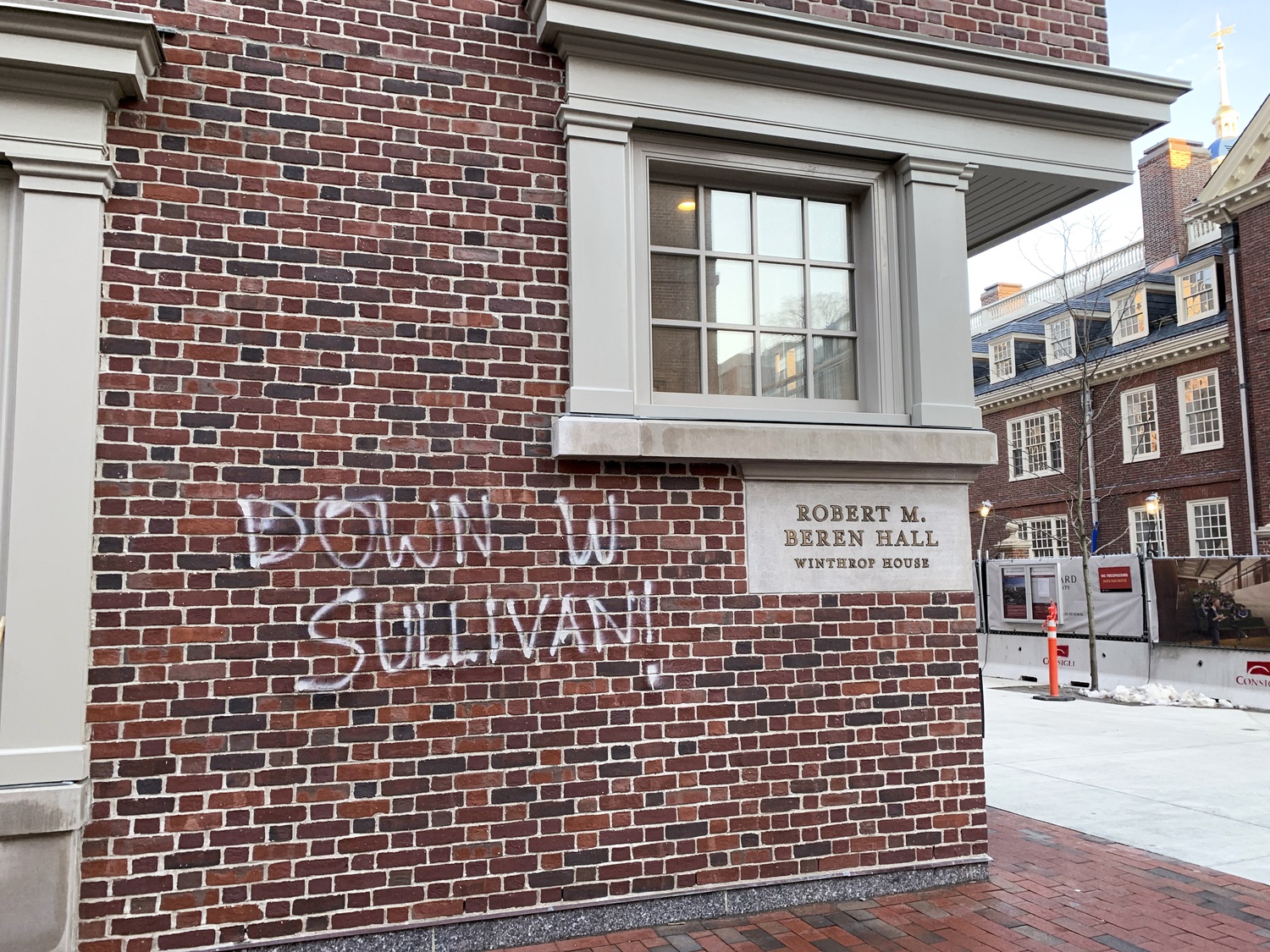 Last week, students awoke to find graffiti plastered on walls across Winthrop House, calling for Winthrop House Faculty Dean Ronald S. Sullivan, Jr. to step down from his position. This protest is just one of the many ways in which students have responded to Sullivan’s decision to represent former film producer Harvey Weinstein, who faces allegations of sexual misconduct. Though we do not consider illegal means the most effective way to communicate such a message, we have enormous respect for the sexual assault survivors and other students who feel silenced by what they perceive to be Harvard’s unsatisfactory response to Sullivan’s defense of Weinstein and Economics Professor Roland G. Fryer, Jr.

We believe it is important to note that this act of vandalism was not the first resort for students unsettled by Sullivan’s actions and the University’s response. In the last few weeks, students have published op-eds, written open letters, and staged protests calling for Sullivan to resign from his position as faculty dean and for the administration to take more tangible forms of action addressing their concerns. That said, we do not condone illegal activity or the defacing of University property to voice these concerns.

To its credit, Harvard has held public forums about the controversy and has even issued a “climate review” to gauge the opinions of Winthrop House residents on the matter. Dean of the College Rakesh Khurana’s announcement of the review has demonstrated that the University administration is willing to listen to those who are protesting, but only to a certain extent. The review only has the scope to make official the frustration that Winthrop residents — and the larger student body — have already made loud and clear, and it could pull resources and time away from implementing any measures that could actually address the situation.

Harvard’s use of processes like climate surveys and public forums — though they provide a space for students to express their dissatisfaction with Sullivan’s decision — does not in itself contribute toward any tangible action on the part of the University. It is precisely in response to this inaction that students have taken to public, anonymous forms of protest. At issue in this context is the clear differential of power between students and the administration. The inefficacy of traditional forms of dissent, such as the Association of Black Harvard Women’s open letter to Sullivan, is evidence of the severity of this gap in power. Students felt that they were not being heard, and the act of vandalism was a radical demand for Harvard to listen.

That said, illegal means of protest carry drawbacks. They violate the spirit of civil discourse that is most conducive to productive discussion. Vandalism very rarely adds to respectful and meaningful discussion. For these reasons, while we are sympathetic to those who feel unheard in the aftermath of Sullivan’s actions, civil discourse must be the standard to which we hold ourselves.

To further a sense of constructive dialogue going forward, we urge Harvard administrators to be mindful of the consequences of their decisions regarding Sullivan’s deanship, and to acknowledge that some students have found their response thus far to be insufficient. For the sake of maintaining a safe and productive campus culture for all, Harvard must do more to make students feel that they have meaningful recourse outside of illegal demonstrations.