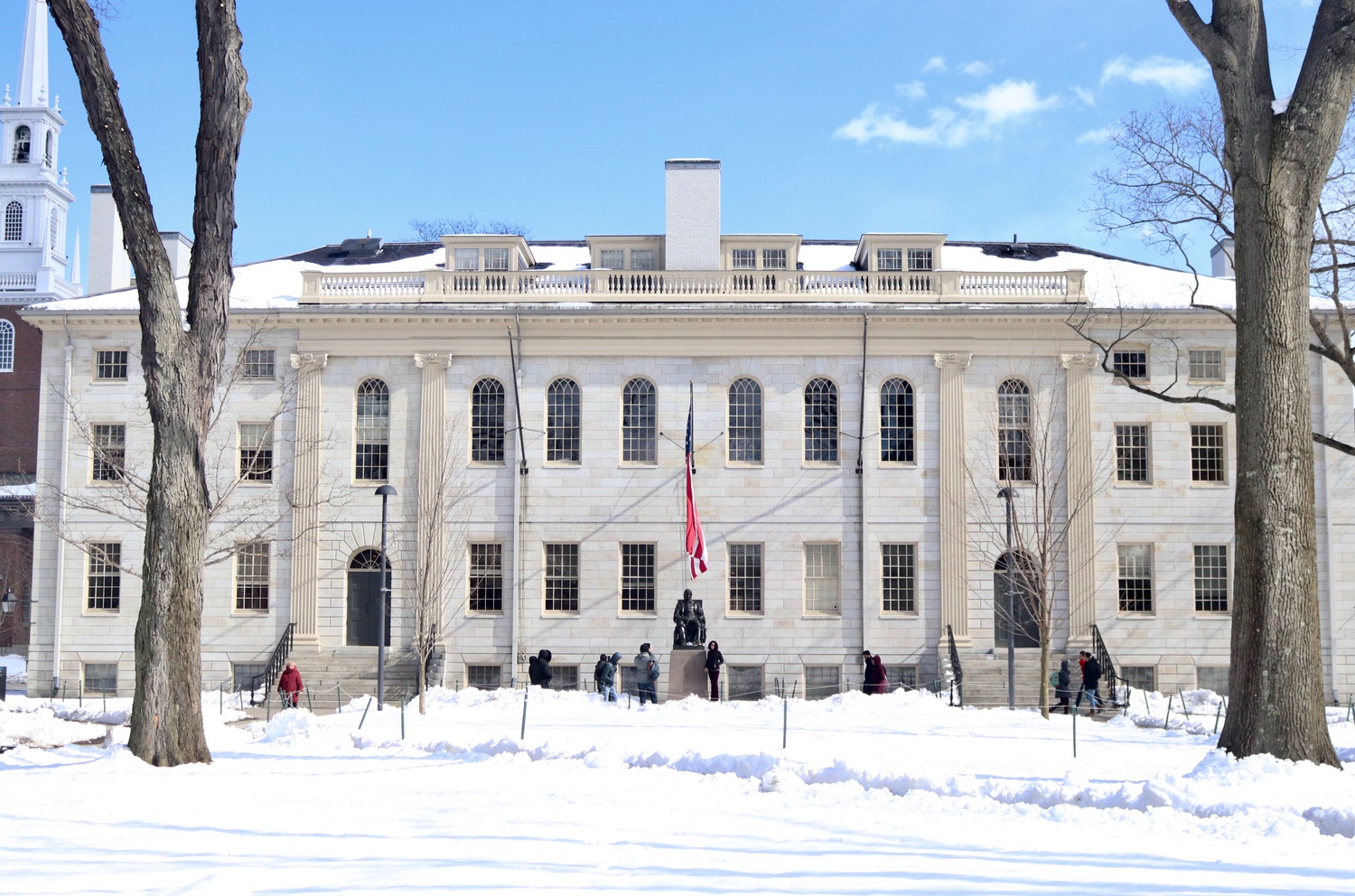 The chapter elects new members to its cohort three times annually—24 juniors in the spring, 48 seniors in the fall, and a final group of seniors shortly before Commencement to “bring the total membership to no more than 10 percent of the graduating class,” according to the chapter’s website.

Wednesday’s inductees were chosen from a pool of 75 juniors who were nominated to apply last month based on their grade-point averages, according to Logan S. McCarty ’96, the Harvard Phi Beta Kappa chapter secretary. After being notified they are up for consideration, students can accept the nomination by submitting their transcripts and two letters of recommendation, which are then reviewed by faculty and current members of the College’s chapter.

“The committees look for depth of achievement within the concentration, and also breadth across the liberal arts and sciences,” McCarty wrote in an email. “This is strictly an academic honor—we don’t look at all at extracurricular activities or other accomplishments.”

“I thought to myself ‘I just can’t believe this,’” Cohen said. “You never think this kind of stuff will happen to you, you know?”

Anthropology concentrator Julie S. Chung ’20, a former Crimson Editorial editor, wrote in an email that she had been discussing her interest in academia with a mentor when she learned of her selection.

“We had just been talking about the difficulties of moving through [an] institution not made for women, women of color, and other marginalized groups,” she wrote. “So when I got this email, I was completely shocked.”

Chung wrote she has taken “wildly different courses” across disciplines ranging from chemistry to anthropology throughout her academic career.

“I feel like I had developed a core community in these classes that enabled me to thrive,” she wrote.

Jonathan W. Perez-Reyzin ’20, another Junior 24 member and Philosophy concentrator, who learned of his selection in the middle of class, said the news made him feel “some sense of personal achievement.”

“It was really nice to know that pursuing my academic passions had paid off in this tangential way,” he said.

Perez-Reyzin said he solicited recommendation letters from the professors in his department after being nominated.

“I had no idea what Phi Beta Kappa was until a week before I was informed that I was in the running,” he added.

Isabelle K.M. DeSisto ’20, a Government concentrator, wrote in an email that she called her parents immediately after learning the news.

“This is an honor, and it felt very validating, because I’ve worked really hard the past few years,” DeSisto said. “But at the same time I think it’s important to recognize that it’s not the be-all-end-all, because there are a lot of amazing people here who deserve recognition just as much as I do.”

A complete list of the members of the Class of 2020 elected to the “Junior 24” is below: