Love Languages in ‘Game of Thrones’ in Final Season Premiere 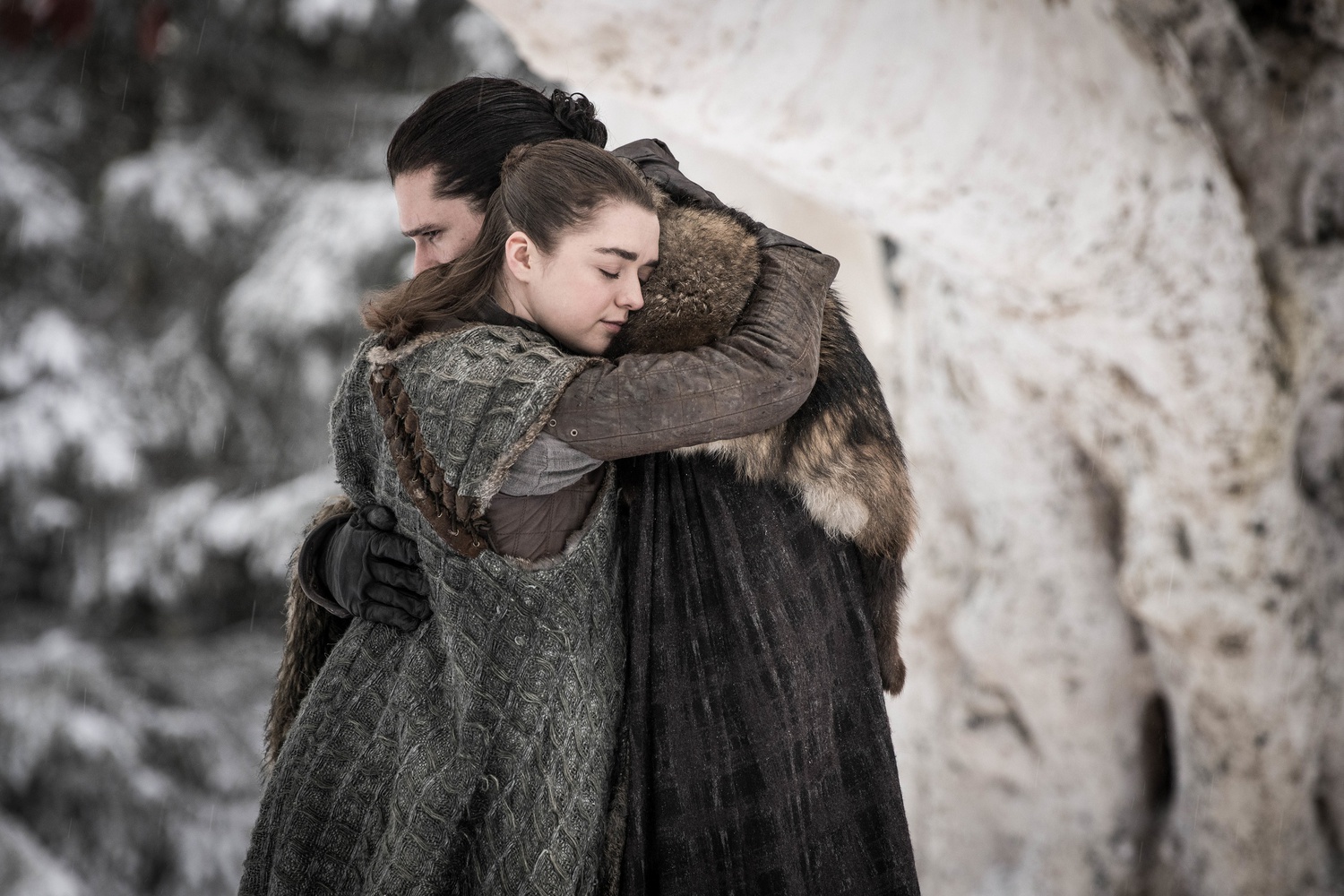 Maisie Williams and Kit Harington in the debut of Season 8. By Courtesy of Helen Sloan/HBO
By Shay Z. Pezzulo, Contributing Writer

Do you have a crush on Cersei, Drogon, or Bran? Want to know the best way to their heart? The show’s final season premiere was full of reunions and other intense encounters — let’s see what we can learn about the love languages of our favorite characters who haven’t died (yet).

During her journey from banished baby to badass dragon queen, we learned a few nicknames Daenerys likes to go by: Daenerys Stormborn of House Targaryen, rightful heir to the Iron Throne, rightful Queen of the Andals and the First Men, Protector of the Seven Kingdoms, the Mother of Dragons, the Khaleesi of the Great Grass Sea, the Unburnt, the Breaker of Chains — just to name a few. Though many men have tried for their queen’s hand, it was only when Jon Snow gave the ultimate affirmation of calling Daenerys his “queen” that she truly fell for him. Now, all Queen Daenerys really wants from Sansa (and the rest of The North) is a similar declaration. Is that too much to ask?

Though Cersei may think Euron is insolent, he finally got to bed the queen (well, one of them) after getting her a few small gifts: the Sand Snakes, the entire Iron Fleet, and The Golden Company’s 20,000 men and 2,000 horses (but no elephants, disappointingly).

Considering Yara spent the majority of Season 7 in the possession of her murderous uncle, Theon’s decision to axe a few people in the face and rescue his sister seemed to really mean a lot to her. She wasn’t even upset when Theon abandoned her while Euron was holding a knife to her throat — this made up for it all. Well, she still smacked Theon in the head with a brazen force, but that’s just how the Iron Islanders do it.

Jon is still pretty scared of his new girlfriend’s pets. Given that those pets are huge, fire-breathing beasts known to bring Jaime Lannister’s army to its knees, though, that’s fairly understandable. Last season, we saw Jon successfully touch Drogon (in other words, without getting burned alive), and in this episode, Jon rides a dragon for the first time. It seems the key to Drogon and Rhaegal’s hearts, then, is physical touch — totally not the fact that Jon is a secret Targaryen.

Even though Bran may not be Bran anymore and is actually a creepy prophetic third-eyed bird, we still found some ways to win him over in the first episode of Season 8. Bran stayed out all night “waiting for an old friend,” whom, in the last few minutes of the episode, we discover to be Jaime Lannister — the man who pushed Bran out the window eight seasons ago hoping to cover his twincest with Cersei. Sure, we saw Arya reunite with Jon and Gendry this episode, but nothing tops these two spending Quality Time™ with one another.