Out With the Old and In With It Too: Thrifting Is ‘In’ in Cambridge 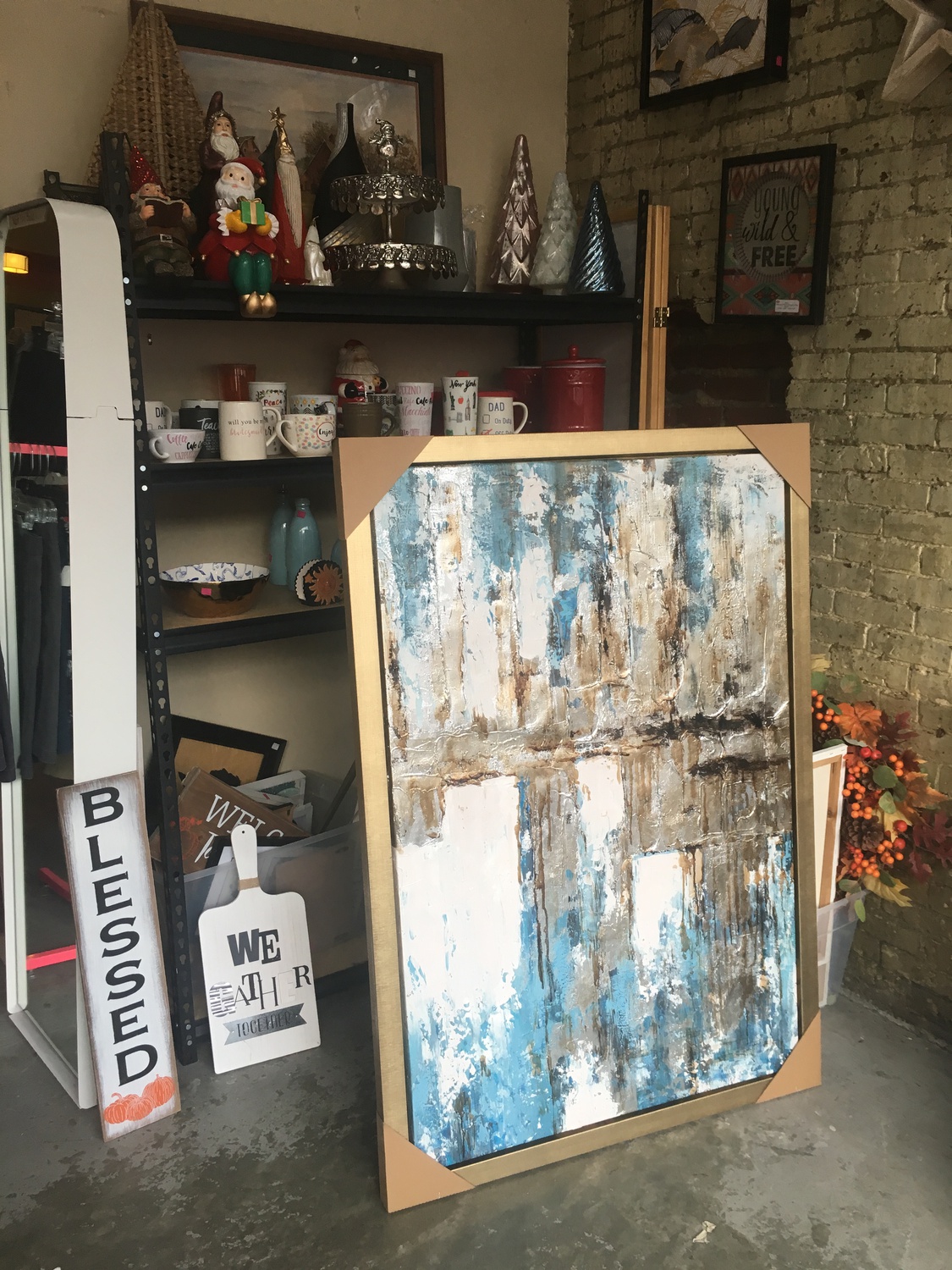 Vintage has always been popular, but fashion resale has recently reached new heights. According to the 2019 Resale Report compiled by thredUP, an online thrift store, the secondhand clothing market is expected to double within the next five years — and to become 1.5 times the size of fast fashion within the next 10. In other words, cheap basics from Forever 21 are out; one-of-a-kind, eco-friendly apparel is in.

Explanations for this shift to thrift abound. Some say Marie Kondo has something to do with it: thredUP reported that donations increased by 80 percent after Netflix released “Tidying Up with Marie Kondo.” News outlets have picked up on the influence of this “celebrity of tidying,” such as CNN, which released an article in January headlined, “Netflix has people (serenely) bulldozing their closets, and thrift stores are riding the wave.” Kondo’s “KonMari” method urges people to discard everything that does not bring joy.

Pop culture aside, an increased awareness of fashion’s economic footprint could also account for the increased popularity in resale. By 2050, textile production will account for 25 percent of all carbon emissions. Secondhand clothing represents a movement toward fashion recycling, with the purchase of one used item reducing its carbon footprint by 82 percent. Moreover, thredUP’s report shows that consumers are becoming increasingly environmentally conscious: 72 percent of consumers prefer to buy from eco-friendly brands, and 90 percent of retail execs want to join the resale movement by 2020.

But in Cambridge, thrift shop employees aren’t noticing anything different. Boasting their unwavering popularity among all demographics (but college students in particular), employees of The Garment District, Boomerangs, and Goodwill are enjoying flourishing business in this university town that has long branded secondhand as fashionable.

Binky Rice has been a sales associate at The Garment District since 2010 and said that it has been a popular destination for as long as he has known it.

“Years ago when this store opened, there was hardly anything in Kendall Square. But the population has changed, and now people come in on their lunch break,” he said. The site is especially busy during the academic year, with college orientation groups and theater programs bringing in flocks of shoppers, in addition to the usual foot traffic.

And for good reason: The Garment District offers perhaps the most eclectic selection of secondhand fashion. Sections include ‘80s and ‘90s Sweaters, Vests, Blazers, Dresses, and Denim Jackets; ‘60s and ‘70s of the same; Handbags; Petticoats & Tutus; Capes & Ponchos; Shoes — and one section is simply called “Sparkle.”

By virtue of this enormous selection, Rice said that the “superstore” was incomparable to other thrift shops in the area. While most occupy an average-sized storefront, The Garment District (with three parts: the main thrift shop, Boston Costume, and By The Pound) takes up the whole building. Its website calls it an “alternative department store” — and Rice reported that prices are, on average, around three times less than department store prices.

“We’re a shark. It’s just massive,” he said proudly, adding that turnover is “amazing.” He planned on purchasing a Miley Cyrus rock tee later, before someone else snatched it up.

Although Boomerangs in Central Square is smaller, its selection is hardly less impressive. Aside from clothing (women’s, men’s, and a small children’s section), the store also offers secondhand furniture, decor, and media. In decor, one can find Christmas and Halloween decorations as well as a drinkware selection. In media, one woman excitedly picked up the entire BBC “Pride and Prejudice” series on VCR.

Sales Associate Danielle Pino’s favorite section of Boomerangs is the “hard goods” section, which occupies the wall behind the cash register and sometimes includes antiques. She said that the store also stands out for its donations to the AIDS Action Committee of Massachusetts. With locations in Jamaica Plain, West Roxbury, South End, and Central Square, the store collects significant sums to donate.

“There are always passionate people who love finding great deals who come in,” Pino said, attesting, again, to the unchanging thrifting habits of Cambridge residents. She has worked at Boomerangs for four and a half years and reported that the store is never quiet.

Located just across the street, Goodwill is a tried and true option for local thrifters, too. Jayden Lewis, who works at Goodwill, said that it offers more brand-new options than do other thrift shops in the area.

“I feel like we get a lot of brand name clothes like North Face, Columbia, brand-new shoes too, and the store really stays busy a lot,” Lewis said, adding that sometimes these jackets would be priced at around $15 to $20, while their original price tags would read $80 or more. For this reason, Lewis’s favorite section is the boutique area. In addition to people dropping off clothing at the store, Goodwill also receives daily shipments of donations.

Altogether, with the vast turnover — both of donations and purchases — thrift shops in Cambridge cannot be expected to have an item in stock for more than several days. Rice noted this phenomenon, saying that if you have your eye on something, you just need to buy it.

In reference to media reports of the recent upsurge, Pino said, “I’m not sure if thrifting has become more or less popular. We’re always busy. You can always find amazing, random things here, and new things are being put out every day.”

—Staff writer Isabel Ruehl can be reached at isabel.ruehl@thecrimson.com.