From Cannes: ‘The Dead Don’t Die’ Is a Campy Misfire 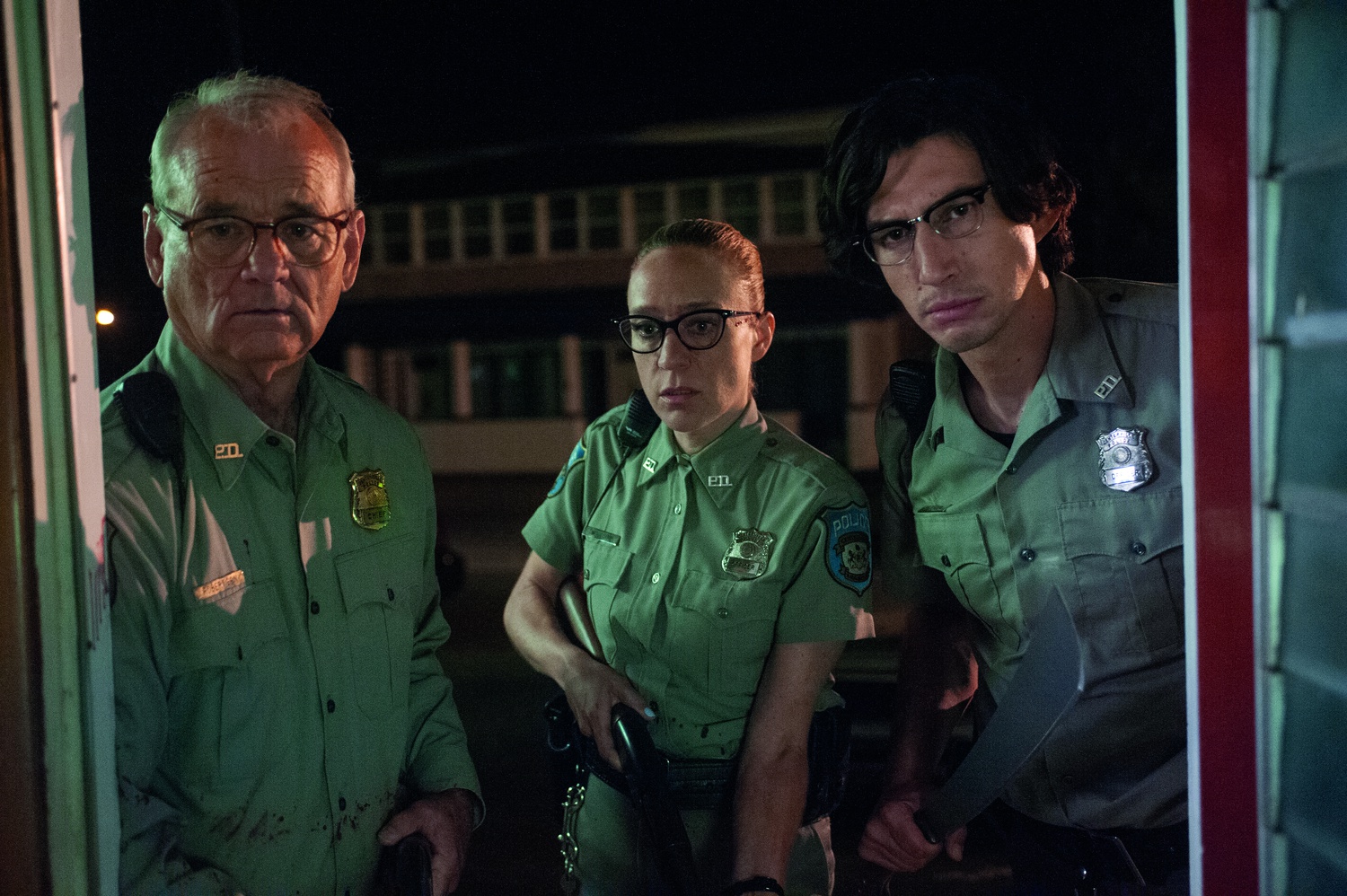 “This isn’t going to end well,” says Officer Ronnie Peterson (Adam Driver) within the first few minutes of “The Dead Don’t Die,” which premiered as the opening film at Cannes. He’s not wrong — things quickly go awry in the small town of Centerville: Daylight extends into the nighttime, watches stop ticking, pets start acting strangely, the farmer’s cows and chickens go missing, and cadavers begin to move underneath their white sheets. Scientists speculate that the Earth has been slightly pulled off its axis from “polar fracking,” which has caused the mayhem, though this theory is never confirmed. What follows are feeble attempts to solve the mystery, saved only by a few civilian’s oddly extensive knowledge of zombies and how to kill them: “Kill the head,” Ronnie’s instruction, becomes the mantra of the film.

It’s obvious that “The Dead Don’t Die” is intentionally campy, though it’s often hard to tell whether Jarmusch is playing on tropes or inadvertently perpetuating them. The characters aren’t particularly complex, nor are they developed later on. Rather, each seems to represent an American archetype (whose sole purpose, it seems, is to be later eaten): There are the “urban hipsters” from Cleveland (Selena Gomez, Austin Butler, and Luka Sabbat), the conservative farmer who dons a “Keep America White Again” hat (Steve Buscemi), the local forest-dwelling pariah named Hermit Bob (Tom Waits) — and then there’s Zelda Winston (Tilda Swinton), whose affinity for Japanese culture seems to be a nebulous commentary on Swinton’s controversial role as an Asian monk in “Doctor Strange.”

A self-described “zombie comedy,” the film’s juxtaposition of moments of humor and scenes of intense gore is jarring, though entertaining. After two women are eaten alive by the first reanimated zombies — a scene complete with close-ups of bloody intestines and shrieking — Ronnie drives up to the crime scene in his tiny smart car convertible (which, according to him, “fits two nicely”). Later, there’s so much macheteing and decapitating that the killing becomes humorously absurd, especially when Ronnie calmly reacts to Mallory’s resurrection and proceeds to hack her head off.

Though these fragmented scenes fail to cohere, each is entertaining on its own. “The Dead Don’t Die” boasts a star-studded cast, and often cracks self-referential jokes about the actors and the film itself: Swinton’s introductory cut is characteristically bizarre, Driver carries a Star Wars keychain, and Gomez buys a CD by Sturgill Simpson, a Grammy-award winning country artist who made a song titled “The Dead Don’t Die” for the eponymous film.

Simpson’s song comes on again and again on the radio, until the initially cheerful and likable tune becomes annoying, even to the characters in the film. “Why does this sound so familiar?” Cliff asks. “It’s the theme song,” Ronnie responds, just minutes after the intro credits rolled with the same song. Along with Ronnie’s deadpan one-liners, he’s also given the lines that clumsily inject self-awareness in the film. At other points, too, Driver hints that he knows more than Ronnie should: He repeatedly talks about the future by reiterating variations of “This is all gonna end badly.”

While Ronnie is right, and zombie-filled chaos inevitably follows, the film’s objective is unclear. News reporters and radio hosts repeatedly broadcast that the Earth’s off-kiler rotation is a direct result of polar fracking, a conclusion that politicians and officials are quick to reject. This dialogue seems to imply, at least initially, that the film is a commentary on climate change, but the discussion stops there. The zombies gravitate toward things they did when they were alive, murmuring one word that describes what they loved most — coffee, Xanax, Snapple, Snickers, Chardonnay, toys, and Wi-Fi — which could also be a thinly veiled critique of societal materialism. Ironically, the people who are the most equipped to deal with the crisis are the social outcasts in the film: Hermit Bob (who eats skinned squirrels and mushrooms and lives alone in the woods), Zelda (who the diner workers called “whack”), and three children at the juvenile detention center.

A film can very well flourish in its ambiguity, leaving its purpose completely up to interpretation; however, there are far too many political allusions to let viewers make sense of the meaning for themselves. The only factors that salvage the film from mediocrity are its cheap thrills and laughs, but they can only do so much to redeem an otherwise directionless film. It looks like Ronnie’s premonitions were true not only about the plot but also of “Dead Don’t Die” itself — it really does not end well.