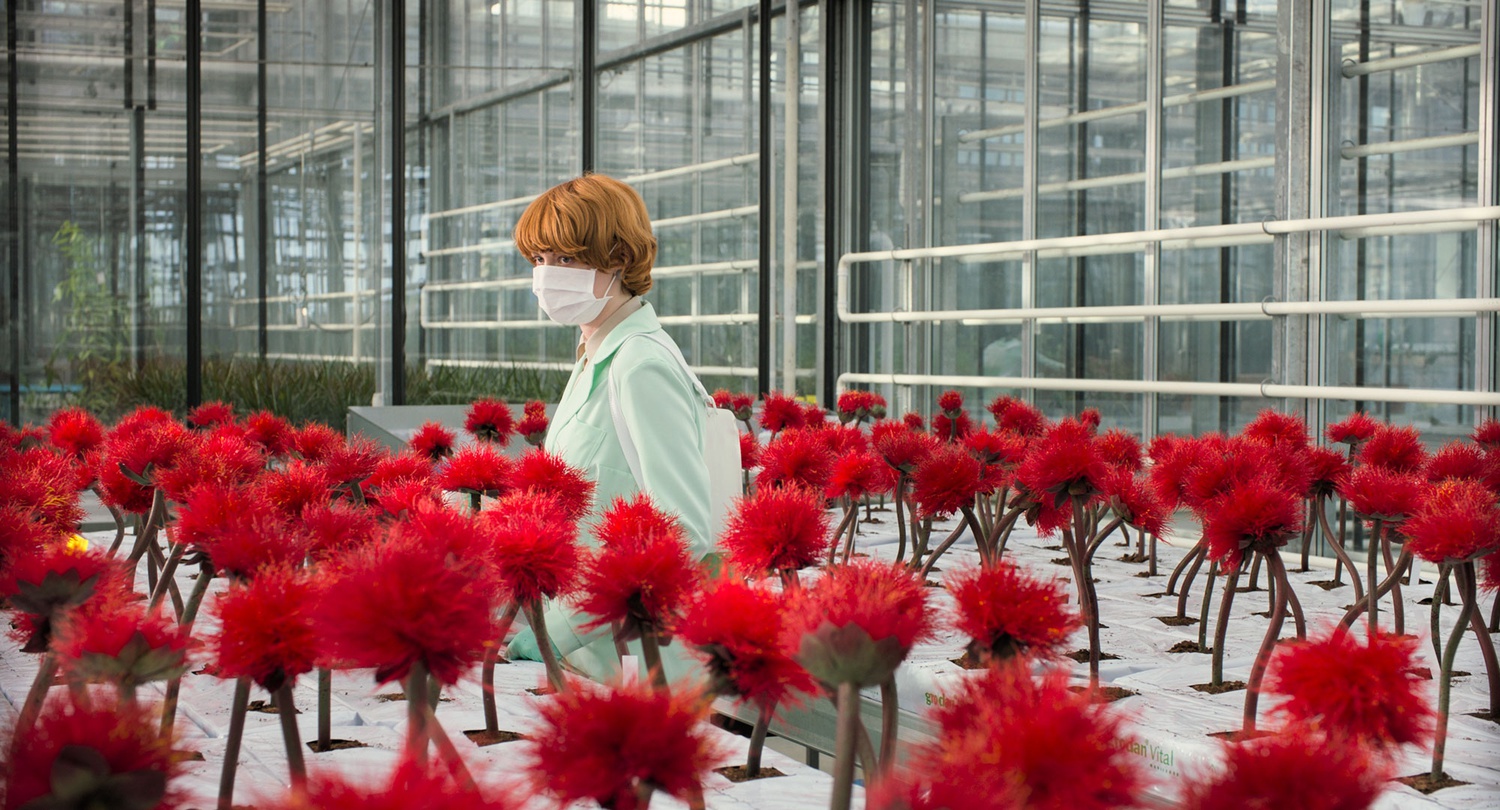 When nourished, kept in heat, touched, and talked to, Little Joe makes its owner happy. No, Little Joe isn’t a pet — it’s a genetically-engineered flower that produces a scent that triggers happiness. While its creator, Alice Woodard (Emily Beecham), rejects the idea that Little Joe has a mind of its own, others still talk about it as if it does: “What this plant really needs is love,” lab assistant Chris (Ben Whishaw) says earnestly. When plant breeder Bella (Kerry Fox) starts to suspect that Little Joe may be causing psychological side effects — namely a fierce loyalty to the plant that would ensure the survival of the species — Alice defends her creation, but slowly starts to realize that the uplifting Little Joe she created is no longer so innocuous. Despite this provocative premise, “Little Joe” doesn’t have a climax, nor does it spiral into action — instead, it beautifully sustains its psychological horror and unfolds at the same, unassuming pace at which Little Joe takes over the laboratory.

The plot is somewhat uneventful, driven by moments of subtle change. Because Hausner only superficially develops each character before they inhale the reactive pollen, it’s difficult to discern whether or not they’ve changed — but that’s precisely how Little Joe works, just barely altering the minds of its victims so that they appear to be the same. After Alice brings home a flower for her son, Joe (Kit Connor), after whom the plant is named, she is in denial about his sudden passivity and dismisses it as a normal adolescent mood swing — that is, until he announces that he wants to move to the countryside with his dad who he’s long disliked. She becomes surrounded by more and more people who are victims of Little Joe’s insidious pollen and are just enough like their normal selves that she thinks she’s the one who has gone mad. An eccentric score by Teiji Ito and Markus Binder fuels this building tension with a cacophony of discordant woodwinds, whistling, xylophones, and dogs barking.

Hausner relies on a cool, subdued color palette for her film’s aesthetic appeal, which complements the film’s futuristic dystopian premise. Alice is fashioned like a Wes Anderson character in pale, monotone hues, her silhouette accented with her red, perfectly kempt hair, and she and her colleagues wear mint green lab coats around their pristinely clean, white labs. In contrast to this sterility, the Little Joes are fluorescent and eerily animated: At night the greenhouse glows with red light that radiates from the blossoming flowers. These fluorescent pom poms look like they might belong in “The Lorax,” but are far more menacing: Their thin nettles move like antennas (making them closely resemble Venus traps, which have never been considered a friendly plant), and they produce puffs of pink pollen that gather in the air.

It becomes increasingly obvious that Little Joe is a thinly veiled metaphor for antidepressants; after all, both are designed to make humans happy — and who doesn’t want to be happy? But the allegory is less about the plant and more about those who create and defend it. Once the infected are converted into a numb state of contentment, they become aggressively defensive of the plant, claiming that they “feel the same, just happier.” The catch is, they are very much not the same, which any keen eye can detect. It’s a bit problematic and misplaced to fully carry out the comparison between clinically-prescribed antidepressants and a villainous plant for a host of reasons, and it’s not even clear if that’s what Hausner intends to do — but what the film ultimately seems to be critiquing is the human obsession with self care and well-being that leads us to seek out such extreme measures.