From Cannes: A Horrifying, Nautical Myth Comes to Life in ‘The Lighthouse’ 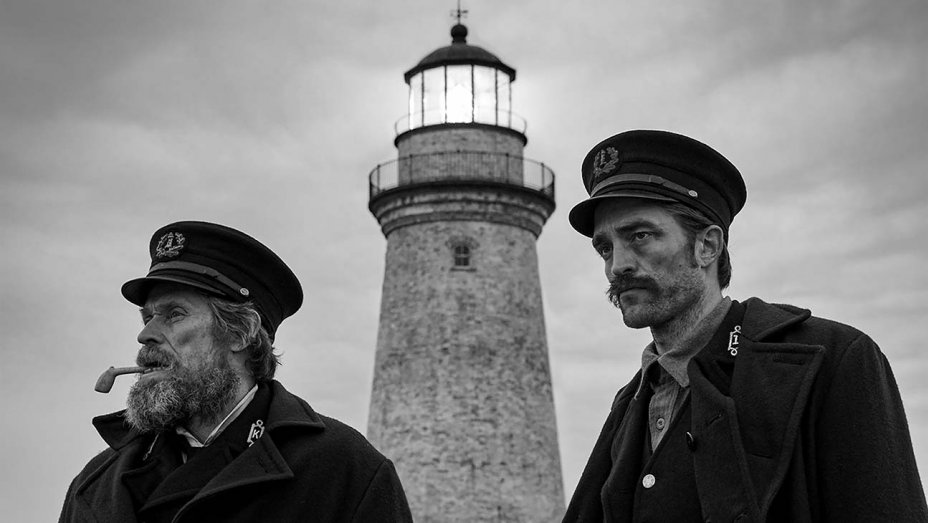 Robert Eggers’ sophomore feature, “The Lighthouse,” finds two lonely men who have just arrived to an island in the middle of nowhere, rocked by fantastical forces that wait to be awakened. Like his 2015 film “The Witch,” the film focuses on a destitute people driven mad by invisible forces and each other: Set sometime in the 1890s, lightkeeper Thomas Wake (Willem Dafoe) and Ephraim Winslow (Robert Pattinson) laboriously tend to a lighthouse that doesn’t draw in any seafarers, but seems to have a deranged effect on its caretakers.

As the two characters descend into full-blown mania, it becomes hard to differentiate between their nightmares and reality. Therein lies the beauty of “The Lighthouse”: It could be a ghostly horror movie, or a complete vision of delusion, but it’s really a combination of both. So as Winslow is tortured by fantasies of sensual mermaids and murderous seagulls, the viewer is also looped into the chaos and confusion — but has the degree of separation to revel in it. Blending madness and magic, “The Lighthouse” is simultaneously horrifying and beautiful, like a nautical myth come to life, with just the right amount of ambiguity to fuel its intrigue.

Over the course of four bleak weeks, young Winslow is tasked with all the manual labor in and around the lighthouse. Thomas, on the other hand, makes it absolutely clear that upkeep of the light itself — that is, the top of the lighthouse enclosed in glass — is strictly his duty. This penchant for declaration without explanation defines Thomas, who speaks in an obsolete maritime dialect and is dogmatically superstitious, warning Winslow that it’s bad luck to kill a bird or not finish a toast: “God who hear’st the surges roll, deign to save a suppliant soul,” he toasts before every meal. By some stroke of misfortune, a violent storm hits the island the day they are supposed to leave. As tensions rise between the two, so does Winslow’s curiosity about Thomas’s backstory and his secrets — luckily for Winslow, however, Thomas has little interest in his past: “Your guilty conscience is as tiresome and boring as any guilty conscience,” he dismisses him.

Egger couples these rising tensions with provocative imagery and sound, often imbuing otherwise abject subjects with an eerie beauty. Cinematographer Jarin Blaschke’s 35mm black and white stock paints the film with a grainy, harrowing feel that evokes an old photograph — and the material world is true to the period, from their long johns to wooden lobster nets. The sheer darkness of the film, which is only briefly accentuated by daylight or a gas lamp, puts into stark relief the only source of constant light, the lighthouse, which seems to possess a spirit of its own: Winslow witnesses a naked Thomas standing in its light, struck motionless by its power. A blaring foghorn frequently sounds — but no ships ever come ashore.

In order for a film to succeed with only two actors, both must be absolutely spectacular, and they are. “The Lighthouse” sees Pattinson’s best performance yet as Winslow, who’s set on getting a fresh start. With a droopy moustache, weathered skin, and a lit cigarette always hanging out the side of his mouth, Pattinson is almost unrecognizable in appearance and demeanor. He conceals a bubbling anger under a reticent countenance, though he does occasionally defy Thomas, who finds any and all work he does unsatisfactory. And when he does unleash his fury, Pattinson rises to the occasion and indulges his anger, hurling out insults in rapid succession or smashing a seagull to absolute shreds — he is so sensational that even his inconsistent British accent is forgivable.

Dafoe is equally adept in his role as the bearded, limping old seaman who considers the sea the only woman he will ever need, and the energy between him and Pattinson is electric. With a sharp Melville-inspired screenplay written by Eggers and his brother, Max Eggers, the two characters come together as a bitingly funny and erratic spectacle, drunkenly singing and dancing just minutes before damning each other to death because of a sly remark, which quickly becomes their nightly routine. Their banter is insulting and extreme, delivered with threatening clarity. “Let Neptune strike ye dead, Winslow!” Thomas finishes his furious monologue after Winslow insinuates that he doesn’t like his cooking. They usually need a few too many swigs of liquor to express any semblance of fondness toward each other, though they quickly revert to the condescending-boss-resentful-worker dynamic during the day, a transition that the skilled actors handle with ease.

Full of suspense and fantasy, “The Lighthouse” is a nightmarish masterpiece that is captivating from beginning to end. Though the film somehow isn’t up for any awards, this epic of maritime madness is certainly a standout at this year’s Cannes, and cements Eggers as an emerging talent to look out for.