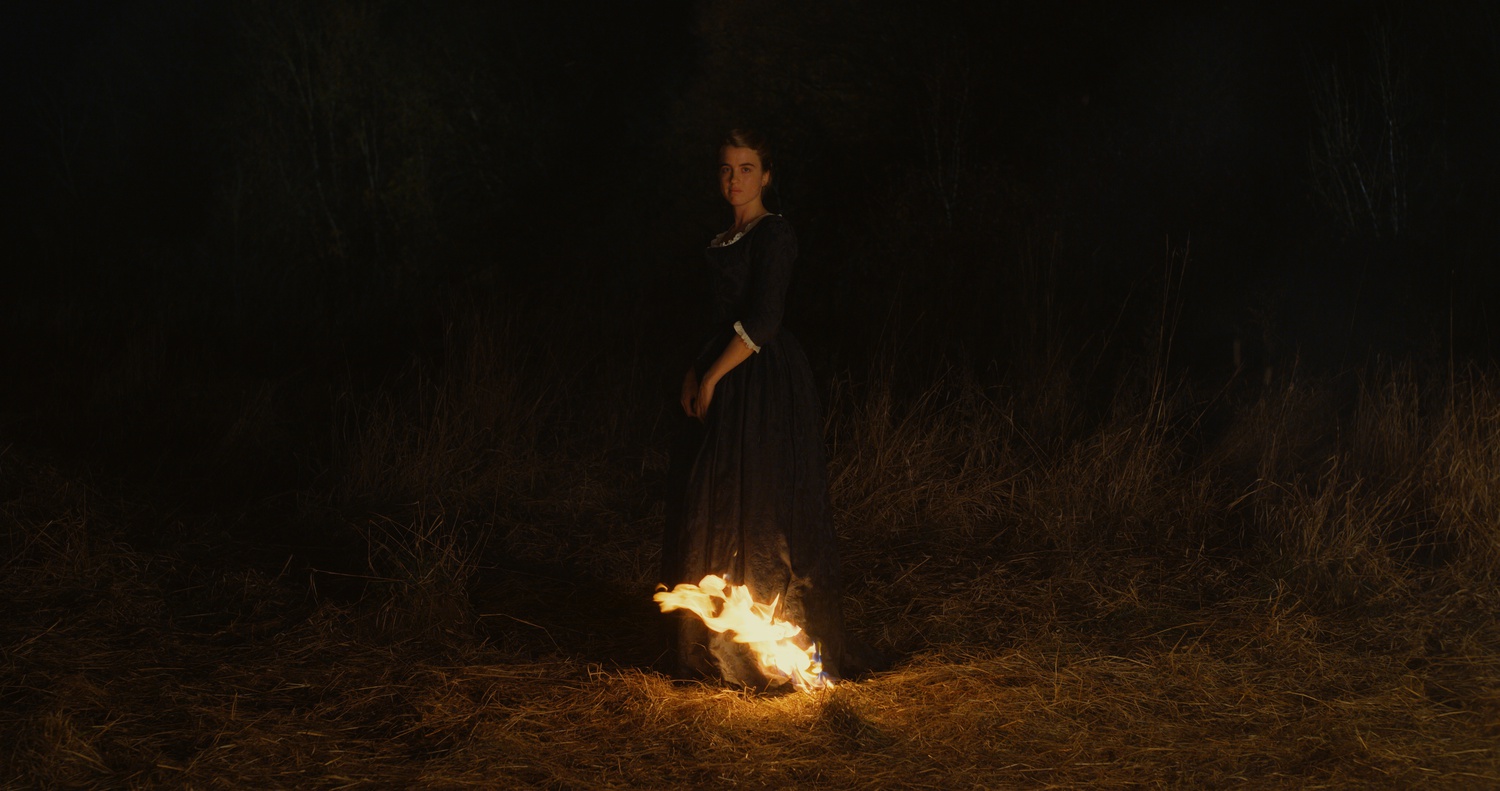 Adèle Haenel stars as Héloïse in "Portrait of a Lady on Fire." By Courtesy of Festival de Cannes
By Kaylee S. Kim, Crimson Staff Writer

Céline Sciamma’s “Portrait de la jeune fille en feu” (“Portrait of a Lady on Fire”) is consciously subversive — its very title suggests that either the portrait or the lady will be set aflame, both of which happen in the film. The film, which is in competition at Cannes, engages with questions of gender and representation during the 18th century, a time almost exclusively documented by men, and centers on Marianne (Noémie Merlant), a painter who stands in for generations of forgotten female artists. While Sciamma beautifully subverts traditional conceptions of portraiture and love, she is also keenly aware of the restrictions placed on 18th century women, and therefore the limitations of her own film. Her careful navigation of this tension — of wanting to completely liberate her characters but knowing that history has dictated otherwise — makes “Portrait of a Lady on Fire” captivating and heartbreaking to watch and experience.

In 18th century Brittany, Italian noblewoman (Valeria Golino) commissions Marianne to paint her daughter Héloïse’s (Adèle Haenel) marriage portrait for a Milanese man who may take her to be his wife. But it’s no simple task: Héloïse refuses to pose, so Marianne must paint her without her knowing. She accompanies Héloïse on her walks to the sea, during which she makes furtive and quick glances at her face, committing them to memory before she can capture them in charcoal sketches in her room. Though she’s able to depict her face — a task at which the commissioned artist before her failed — her first painting follows a sort of artistic formula for a "good” portrait and lacks a connection to the subject, which Héloïse quickly detects. “Is this how you see me?” she asks, staring at the calm, smiling face looking back at her. “There are rules, conventions, ideas,” Marianne justifies, referring to the customs of portraiture. “You mean there’s no life? No presence?” Héloïse agrees to pose so that Marianne has a second chance at capturing her spirit, not just her complexion — and so that she can stay one more week at their home.

It’s during these painting sessions that the two begin to fall in love, but their relationship is not the typical artist-subject dynamic. For one, the painter is female — and her gaze is reciprocated. Not only does the painter scrutinize her subject; her subject also stares back with the same amount of attention. “When you look at me, what do I see?” Héloïse says to Marianne. For Sciamma, the female gaze sees past superficial surfaces and is more attuned to emotion — Marianne channels this gaze in her second portrait, which is a testament to her deeper understanding of Héloïse, who is angry but resigned to the fate of arranged marriage that awaits her.

Sciamma’s succinct, poetic screenplay bring the two’s budding romance to life. Both Héloïse and Marianne resent the gender roles that restrict them and only enjoy fleeting moments of agency. Héloïse expresses that she loved being at the convent because of the music and because “equality is a pleasant feeling.” Marianne suggests that women are forbidden from painting nudes of men because “it’s mostly to keep us from making great art.” But they are also keenly aware of what’s up against them — “I would love to destroy the portrait, but it wouldn’t stop the inevitable,” Marianne realizes — which imbues their inevitably short-lived love story with a heartbreaking sense of doom.

Héloïse and Marianne then savor the little time they have before Héloïse’s mother returns to bring her to Milan. The two actively defy the power hierarchies that exist within the home, like that which divides them from the young housemaid, Sophie (Luàna Bajrami). Héloïse and Sophie swap roles, as Héloïse cuts potatoes to prepare their dinner while Sophie leisurely embroiders. The three sleep in the same bed, and Héloïse and Marianne even accompany Sophie to get an abortion after she finds out she is three months pregnant. The precedent of friendship and equality that Héloïse and Marianne establish and try to carry out, however, makes what follows uncomfortable to witness and out of character for Héloïse: Without asking Sophie, Héloïse poses her on a mattress to reenact the abortion and asks Marianne to paint her. The painting alone is a powerful statement that abortions have been taking place for centuries but have been excluded from history — but Héloïse, who more than anyone should understand the objectification inherent in having to pose and be painted, commands Sophie to reenact her trauma so that she can show her boldness to Marianne. And she succeeds, as Héloïse and Marianne exchange a knowing smile as she starts painting.

This misstep is minor in the grand scheme of the portrait Sciamma paints in “Portrait of a Lady on Fire.” She treads the fine line between subversion and historical accuracy marvelously and with a keen eye for detail, and has produced her best work yet that will surely be among this year’s prize winners.