‘What Have They Done?’: ‘Big Little Lies’ Second Season Has Yet to Justify Itself 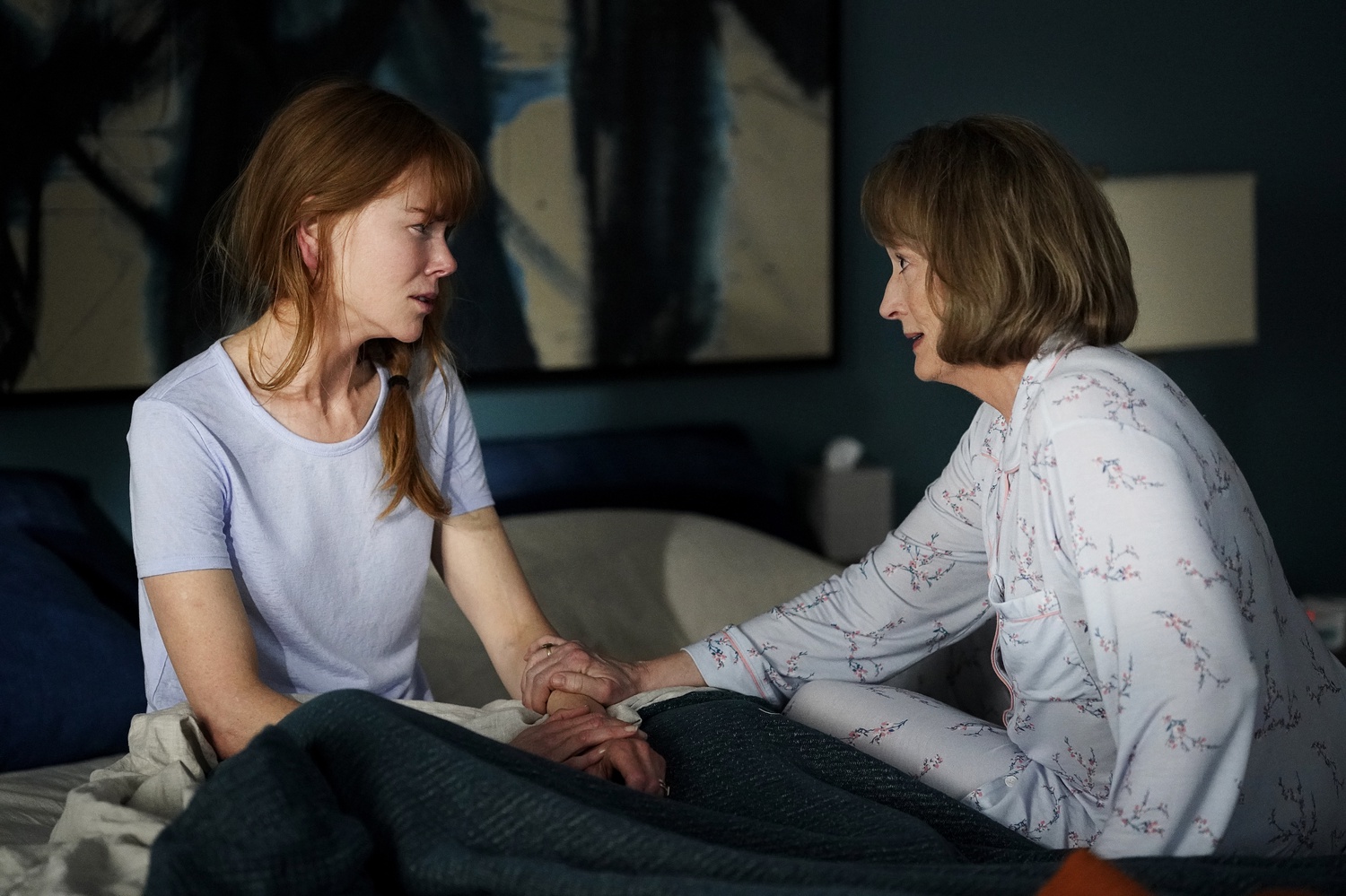 This review contains spoilers for the second season premiere of “Big Little Lies.”

“What have they done?” asks the title of the premiere of “Big Little Lies”’s hotly anticipated second season. It’s a rhetorical, moralizing question as much as it is a literal one. After all, two years after the first season, we’re in need of a recap.

The Monterey Five (as they have come to be locally known) find themselves in the aftermath of Perry’s (Alexander Skarsgård) grisly death by staircase tumble — and at the center of the greatest gossip to hit Monterey’s elementary school carpool. Reeling in the post traumatic stress is Celeste (Nicole Kidman), whose abuse at the hands of her late husband doesn’t negate her feelings of culpability, nor the genuine affection that once existed at the heart of her former marriage. “Even in death, his message lives on: That you’re to blame,” her therapist Dr. Amanda Reisman (Robin Weigert) says trenchantly. “You’re always to blame.”

Yes, even if Perry is dead, his corpse casts a large shadow over an otherwise sunny Monterey. He looms large in Celeste’s ominous dreams, a persistent figure of power whose toxic influence leeches into her life, even after the threat has been eliminated.

And if it’s not one thing, it’s a mother: Mary Louise (Meryl Streep), Celeste’s mother-in-law, comes to town after her son’s death under the pretext of caring for her grandchildren — with the not-so-inconspicuous ulterior motive of investigating what exactly transpired that fateful night. And no, she doesn’t buy Madeline’s (Reese Witherspoon) police testimony insistence that Perry tripped and fell down the stairs, probably because she finds “little people to be untrustworthy.” It’s just one in a series of unwieldy lines in the script, uttered capably by the heavily lauded actress.

Madeline, meanwhile, has her own battles to fight, namely dealing with her daughter Abigail (Kathryn Newton), who’s back on her Gen-Z progressive bullshit, trying to save the world by foregoing a liberal arts college education in favor of working for a charitable start-up. Ah, the age-old battle of socially-minded teenage idealism against parental adherence to convention. Abigail’s grand plans clearly do not comport with Madeline’s staunch insistence that Abigail grow up to be a dutiful coastal elite: “I don’t care about fucking homeless people!” she shrieks.

In the juggling act of the show’s second season, Streep is just one new element in the mix, which seems desperate to ratify the fact of its own existence. English director Andrea Arnold, who has taken the reins this season from Jean-Marc Vallée, is another. If Arnold’s “Fish Tank” — a piercing, lovely arthouse drama about a British latchkey kid — is any indication, then the second season of “Big Little Lies” is clearly eyeing next year’s Golden Globes, which it unequivocally swept last year. Add star power like Streep in the mix, and the future looks bright.

Still, lightning rarely strikes twice. Despite its Avengers-like assembly of Hollywood’s best and brightest — a line-up so exciting, the show’s promotional material cleverly bills their last names in an enigmatic crossword mnemonic — “Big Little Lies” has yet to justify its second season, beyond wanting to strike it rich with another surefire success.

Some obvious problems remain unsolved. There’s the question of whether truth will out — that Bonnie Carlson (Zoe Kravitz) had a heavier hand in Perry’s death than, say, gravity. Unresolved tensions between Madeline and her second husband, Ed (a wonderfully muted, refreshingly dramatic Adam Scott) remain, especially after that torrid affair with the local theater director.

Still, the 2017 finale of Season One felt (at least spiritually) complete. Those beautiful shots of Reese Witherspoon and Laura Dern on the beach! Nicole Kidman’s bangs fluttering gently in the wind! The monster was vanquished, the princess rescued from the tower. At least judging by last week’s premiere, there hasn’t been enough concrete narrative indication that the show needed another season. If “Big Little Lies” wants enough momentum to sustain another season, it’ll need another few elements in the juggling act.

—Staff writer Caroline A. Tsai can be reached at caroline.tsai@thecrimson.com.