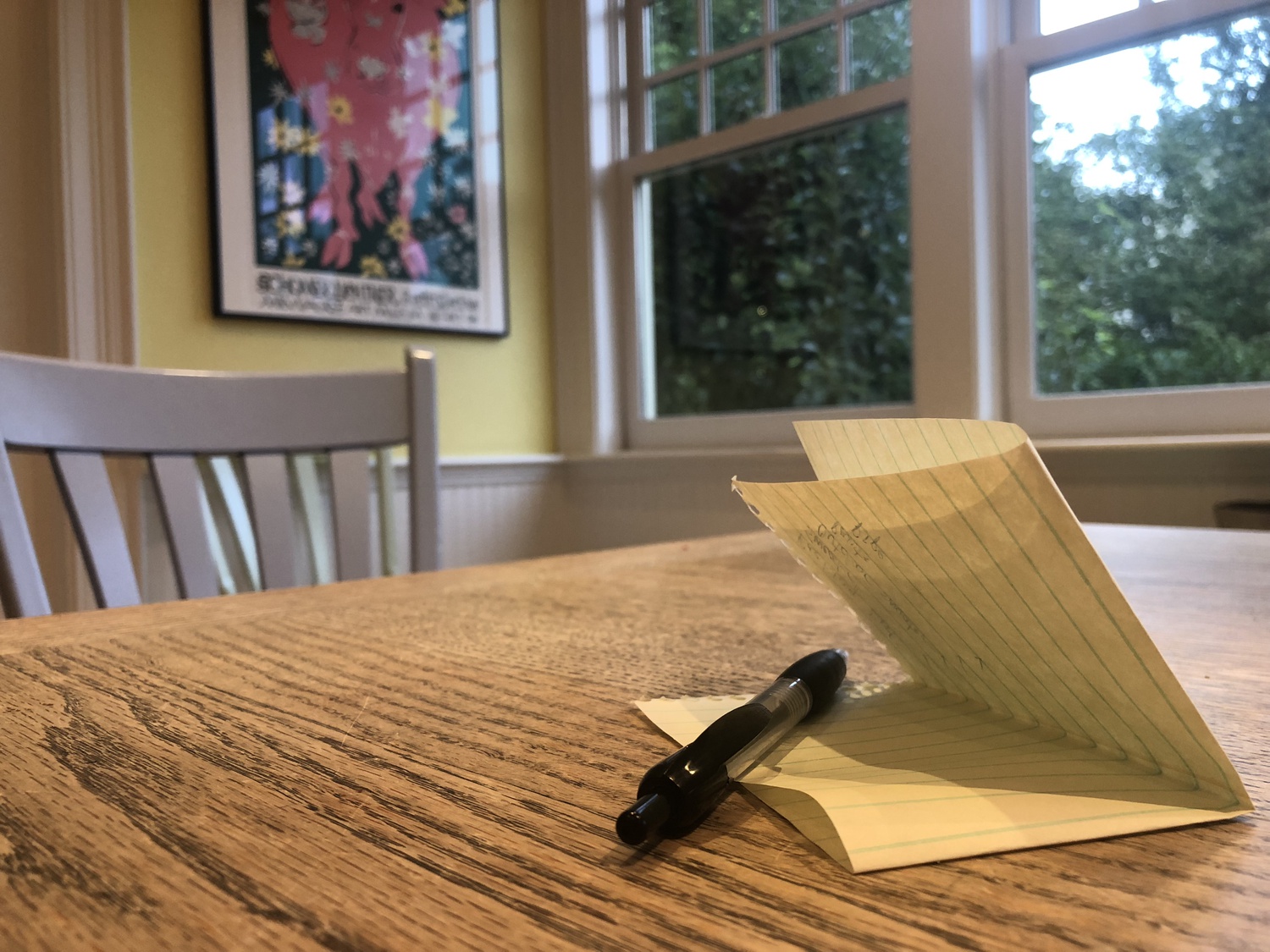 NEWTON, MA — This was not the happiest of summers. In mid-July, my beloved Opa — the German word for grandfather — died suddenly and shockingly from a bleed in his brain.

The family convened at his house in the aftermath to put everything in order. And it was in this ordering that I found a certain treasure, buried in a messy kitchen-table-tableau of dead pens and toast crumbs and slung-open scientific journals.

This treasure was a yellow sheet of paper. It was blue-striped and briskly torn from a notepad. It was inked not with a code, or a password, or a letter of love or affection or regret or despair, but rather with a packing list.

The trip the list portended was to Woods Hole — a small, coastal town on the Cape situated about 80 miles south of Boston. The list itself was succinct: sweater, outdoor sweater, pants, and pipe.

My Opa fled Nazi Germany as a 10-year-old, and I have often wondered about all the things he was forced to leave behind. For him, packing was an act of bravery; a way to face the question of what he could live without.

For me, a privileged child, packing was a form of play, an exercise in self-curation. I took delight in packing my school bag with odd trinkets like doll sunglasses, amethyst crystals, perfume samples, and seashells. Each day, the contents changed, as I faced anew the same question: How would I choose to encapsulate the overspilling boundaries of myself?

Once, at the airport, a TSA agent flagged me for questioning because he was utterly perplexed by the family of cat figurines residing in my suitcase. Suffice it to say, drafting and redrafting my packing list was my favorite part of family vacations.

Though I’ve lost most of my packing eccentricities, the art of it still makes me feel self-contained and self-knowledgeable. It makes me feel prepared and at peace.

I can only hope that my Opa felt this way on his final trip to Woods Hole, where he was buried with the pipe on his pithy list.