A Definitive Ranking of the Decade’s Golden Globes Opening Monologues 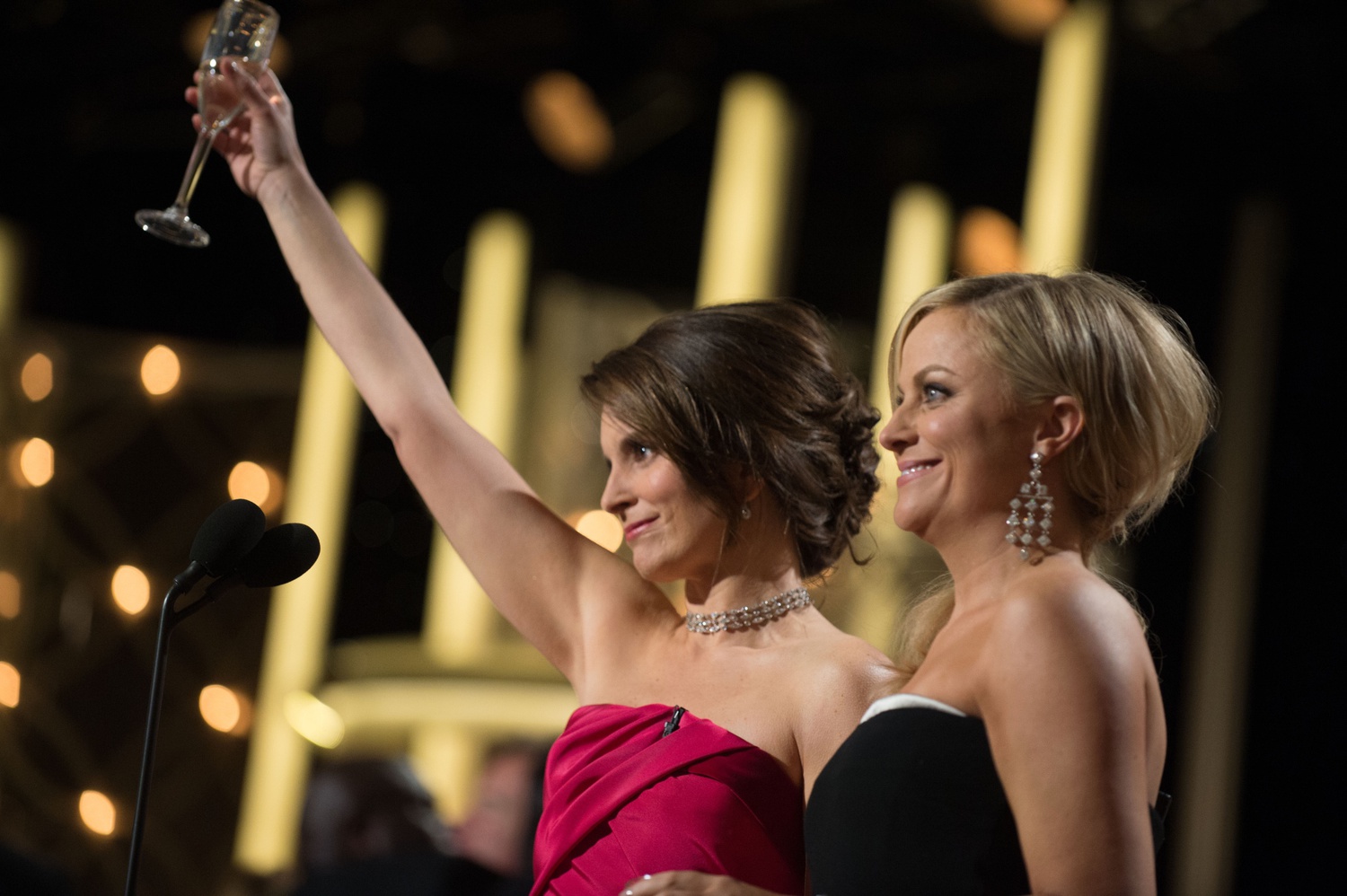 The art of a good Golden Globes monologue is delicate and elusive. When ignored, the structural racism and sexism that plagues the very industry being lampooned overshadows any attempt at cheer; when mishandled, the same occurs. And the monologue has to be absurd — but often that absurdity generates itself organically, which is a large part of what makes the Globes such a feckless joy in the sea of gloomy, irresponsible, and unrepresentative escapism that is awards season. The last decade has variably fulfilled this mandate. Below is a ranking of the ten most recent monologues — from 2011 to 2020, the content of which covers the actual decade, from 2010 to 2019 — discerned with tools of rigorous science.

In 2012, it seemed quite possible that Gervais had not actually seen any of the movies or TV shows in contention except for “Bridesmaids,” for which, Gervais riffed, “the cast spent the weekend with Dame Helen Mirren.” Other targets included Justin Bieber, Kim Kardashian, and Gervais’ own vocabulary, penis, and Hollywood Foreign Press Association contract. Credit where credit is due: Gervais landed a joke about the inanity of James Cameron a year before Tina Fey and Amy Poehler would announce themselves with a quality zinger at the same target. But otherwise, Gervais’ 2012 monologue fell flat largely because it wasn’t about much of anything.

Following Gervais’ signature rambling roast style in 2016, Fallon, historically the nice guy of late-night, tried for a more methodical approach — and took swings outside the ballroom at President Trump with jokes about the popular vote and Putin. The result was short and sweet enough, but it was hard to overlook the tinge of Fallon’s desperate attempts at reinvention after his infamous hair-tousling interview with Trump lost him both viewers and respect. Ironically, Fallon’s funniest joke had nothing to do with the election and playfully joshed our digital corporate overlords instead. With Jeff Bezos in the audience, Fallon remarked, “He actually arrived yesterday, but there was no one around to sign for him.”

“I’m gonna do this monologue and go into hiding,” Gervais promised us at the opening of his not-so-triumphant return to the Beverly Hilton stage. Somehow the HFPA found him again this year, which was disappointing. Not much of Gervais’ material landed in 2016, in particular his extended riff on Jeffrey Tambor’s balls that has only become more grotesque with time and context. Gervais did manage a solid class critique of equal pay in Hollywood — for Jennifer Lawrence, he joked, “there were marches on the street with nurses and factory workers wondering, ‘How the hell can a 25-year-old live on $52 million?’” that showed a glimmer of the bubble-popping satire Gervais became famous for. His best jokes have always drawn on Hollywood’s discomfort with its own foundational, elitist truths.

Fey and Poehler’s performance in 2015 was a perfectly serviceable version of the formula they had perfected over the previous two years – the tight, 10-minute set, the roaming collection of indiscriminate zingers, the alternating roles of set-upper and deliverer. Their 2015 monologue is this far down the list only because the novelty of their distinct roasting genius had worn off slightly by their three-peat. A long-winded joke about the many noble accomplishments of Amal Clooney, Average Joe George Clooney’s wife, has the honor of being the second-funniest joke Fey and Poehler ever made about George Clooney at the Golden Globes. (See 2014.)

Drawing on Samberg’s signature roast style of disarming kindness, Oh and Samberg came on board to gamely play, as they called themselves, “the two nicest people in show business.” Anxious laughter gave way to warm, appreciative guffaws as the two took turns dishing out snappy compliments to stars and to each other for their savage takedowns. From calling Amy Adams a “mega-talented piece of dog crap” to renaming Michael B. Jordan “Michael B. Buff AF,” two very uncontroversial people parlayed their neutrality into serious laughs without hurting any feelings. Was it the funniest monologue of all time? No, but it did feature Sandra Oh telling Amy Adams to “take your lumps,” and you’re lying if you didn’t chuckle at that.

That organic absurdity which only the Globes can deliver, cutting through awards-season ennui like a butter knife? We got it in 2011, when Gervais’ prolonged absence in the middle of the show led many titillated watchers to believe that he had been fired mid-show for a monologue joke about corruption in the HFPA. Or maybe it was the one about homosexuality and Scientology. Nevertheless, in the early-ish days of Twitter, the public intrigue of a host gone missing added an unexpectedly delicious wrench to the night’s proceedings. Gervais’s jokes were meaner than usual — and received the full wrath of the discomfited Hollywood elite — but for the audience watching palpable drama unfold at an otherwise predictable ceremony, the spark was worth the hits. Gervais should have quit while he was ahead.

As #MeToo swept Hollywood, Seth Meyers put on a dapper suit and did his very best. The mood of the evening was best encapsulated in Meyer’s first real joke about the outpouring of allegations: “For the male nominees in the room tonight, this is the first time in three months it won’t be terrifying to hear your name read out loud.” Meyers, drawing on his chops of late-night civic critique, managed to blend the politics of the nation with the politics of the rich and famous. He arguably benefitted from a collective, socialized distaste for many of his targets: Woody Allen, Harvey Weinstein, and Donald Trump all made the cut. Still, an unsteady industry needed a methodical takedown of its villains, and Meyers delivered.

The Platonic ideal of the Globes speech in some respects, Fey and Poehler’s second go-around had nothing to prove. What they mastered here was the art of the cut-away: a jaded, sunglasses-wearing Julia Louis-Dreyfus sitting in the film section; a “Poehler” close-up that cut to a beaming Jennifer Lawrence. In the post-Gervais era, audience participation became fun again. 2014 also saw the best Clooney joke of the decade: “[‘Gravity’ is] the story of how George Clooney would rather float away into space and die than spend one more minute with a woman his own age.” Fey and Poehler excelled in cheerfully decimating the ranks of Hollywood’s untouchable white men with the power of two well-established white women, and that’s as close as we’ve ever gotten to the backdoor send-up Hollywood deserves.

“When it comes to torture, I trust the woman who spent three years married to James Cameron.” With that joke emerged a new dynasty. This night established a legendary rapport between two comedians at the peak of their cultural powers, with Poehler thriving in the “Parks and Recreation” era and Fey riding the wave of “30 Rock”’s critically acclaimed six-season run. The duo managed to be both meaner and funnier than Gervais ever was, lulling the audience into a false sense of comfort before dropping the guillotine and leaving everyone else’s heads spinning. The night’s precipice of praise and takedown landed all the more raucously because no one expected it. The magic would be conjured again, but never like this. Thankfully, we’ll get one more round of the best to ever do the dance.