Selena Gomez’s ‘Rare’ Is Almost, But Not Quite, Satisfying 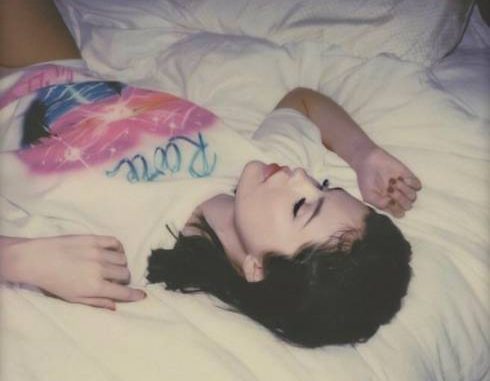 Selena Gomez’s first album since 2015, “Rare,” is like a graph with an asymptote: It comes her closest to being vocally and lyrically genuine, but never quite gets there. It dangles authenticity without completely being authentic. While the lyrics do sometimes reveal Gomez’s state of mind, they leave the listener wanting more.

Let’s just say that in the five years since Selena Gomez last released an album, she’s been through a lot, and leave it at that. It’s easy to get sidetracked about why or how she faded into the background of the music scene due to lupus, her mental health, and the on-again, off-again tumult that was her relationship with Justin Bieber. And yet, while Gomez addresses them on the album, she makes it clear that her struggles are not what she’s choosing to focus on; rather, it’s how she deals with adversity and moves forward that interests her.

To start with the good: Gomez skillfully plays up the breathy quality of her voice, one that she didn’t really begin to discover until she went solo in 2013. It’s audible on the opening track of the album, which shares the same name, and especially on “Lose You to Love Me,” the first single teased before the album’s release. The latter is arguably the best song on the album: Full of pathos, it conveys both lyrical and vocal strength. The same vocal style also appears on “Ring,” but is sporadic enough that it’s easy to get lost among the thumping beats of the rest of the album.

Gomez’s failsafe, autotune, has been present in her music since “Falling Down” appeared in the late 2000s. While that single was a bop for her audience at the time, this failsafe has now become a crutch. While she might not have the range of Adele’s voice, Gomez does have talent: It’s just a question of harnessing her specific gift. Ditching autotune in favor of slower, breathier melodies would serve her well in the future, though “Rare” is a good step in the right direction.

But even beyond the liberal use of autotune, the bigger shame is Gomez’s lyrics. Her verses are often short — they usually start off with at least six lines, but are truncated to two or three after she clears the first chorus. It’s unfortunate, because when she does dedicate enough time to them, they evoke the pathos, foibles, and strengths that she’s encountered since the last time she released an album. “Dance Again,” for example, is filled with cliche lyrics like “I kickstart the rhythm / All the trauma's in remission” that make little sense. At a time when there’s more room than ever for artists to try something different, even the tempo on most of the tracks is similar to her 2010s pop hits.

The lyrics are either too simple or too truncated. The repetitive “mm-mm” on “Look At Her Now” not only acts as a filler, but isn’t the most appealing to the ear, as it slows down the song and makes the lines sound like talk-singing. “People You Know” luckily has complete words, but the word “people” occurs so many times that it begins to lose its meaning.

On the other hand, on “Vulnerable,” Gomez sounds like Ariana Grande, a comparison which is both apt and problematic. It’s on this track that Gomez exhibits a similar amount of vocal control, and similar range — yet the very act of comparison means that Gomez doesn’t have her own unique sound. When any one of Grande’s songs comes on the radio, it’s very clear who it is, whereas it takes a few moments to recognize Gomez.

All this is to say that “Rare” is a decent offering with a few memorable tracks which don’t quite make up for the rest of the album’s generic feel. It’s a shame, because Gomez has some important things to say. It’s certainly her best and most heartfelt album, and yet the lyrics, as they stand, fail to convey an emotional complexity that is implied at best.