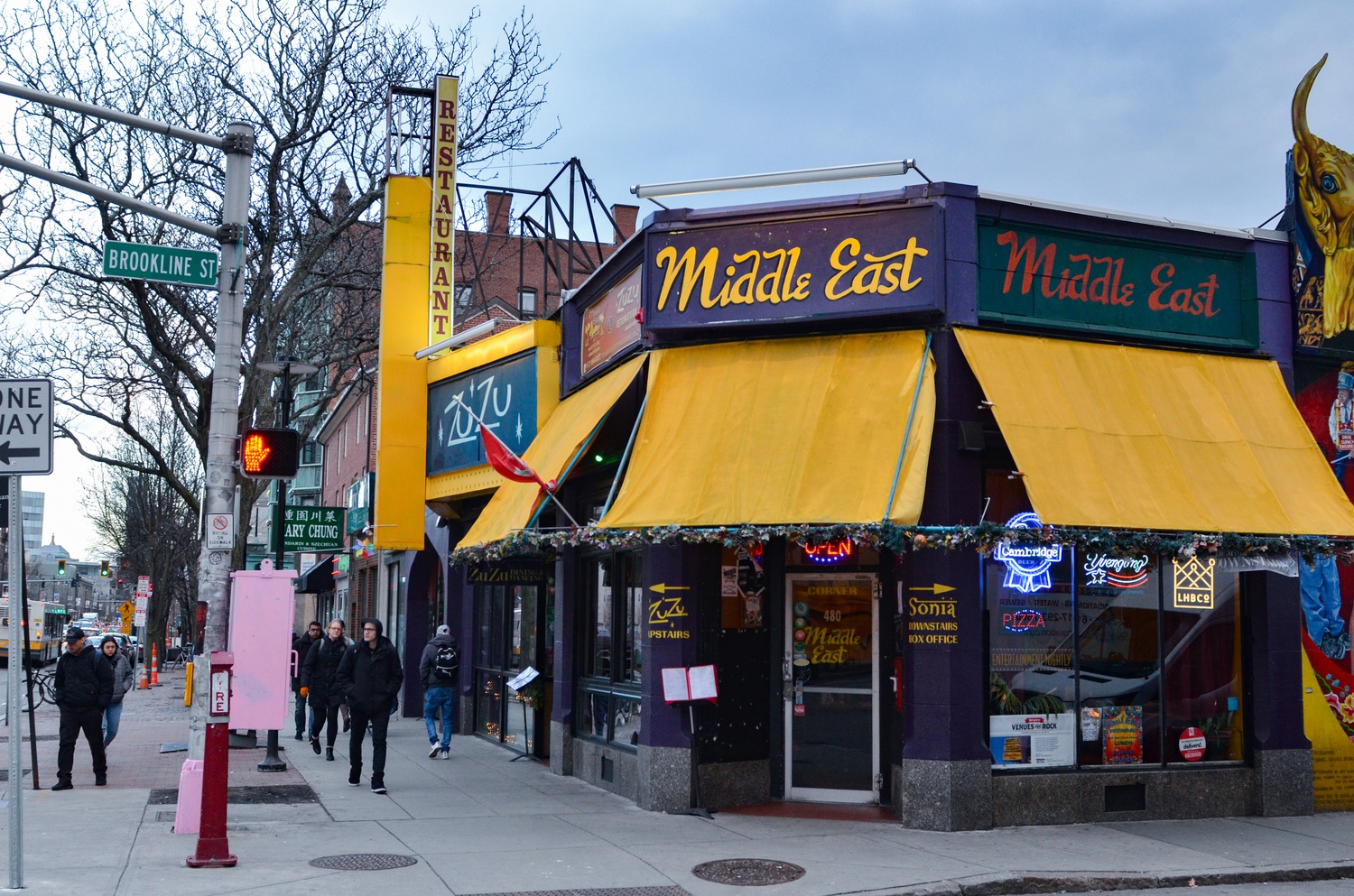 The Middle East Restaurant and Nightclub building is up for sale. By Steve S. Li
By Simon J. Levien and Austin W. Li, Crimson Staff Writers

The Middle East — a landmark nightclub and restaurant on the corner of Massachusetts Avenue and Brookline Street in Central Square — was put up for sale last week, co-owner Nabil Sater told Cambridge Day last Sunday.

The 23,388-square-foot restaurant, which boasts five adjacent dining and live music venues, is reportedly listed at $40 million, per Cambridge Day. The establishment began as a Lebanese restaurant in 1969 and featured belly-dancing and live performances.

Business at The Middle East first began to stall when politics throughout the geographic Middle East raised concerns among patrons in Cambridge, Cambridge Day reported.

In 2013, the brothers considered a plan to build several floors of condos above the restaurant in response to mounting financial insecurity.

“The landlord wants to sell the building, and we have to do something,” Joseph told Cambridge Day in 2013. “I don’t want to give up.”

Then, in 2018, the business faced backlash from musical groups slated to perform at the nightclub after Joseph faced a series of sexual misconduct allegations levied against him online. Joseph resigned, though the club's owners wrote in a Facebook post at the time that the allegations were "unequivocally" false.

Hunneman commercial brokers told Cambridge Day that information about The Middle East's listing has not been posted online, but has been sent to some 5,000 contacts.

The club's management wrote on Facebook Thursday that The Middle East will remain open throughout the sale process, adding that the nightclub is "here to stay." Nabil told Cambridge Day he hopes a future lease-back arrangement will keep the business alive.

Michael Monestime, executive director of the Central Square Business Improvement District, described the loss of The Middle East as “unthinkable” in an interview with Cambridge Day.

“The Middle East has become the heart and soul of Central Square,” Monestime said. “The Saters have run that corner at Brookline Street and Massachusetts Avenue like the living room of their home – where guests come in and feel welcome and invited.”