'That’s How A Horror Movie Starts': Lucia LoTempio Imagines It Bad in 'Hot With the Bad Things' 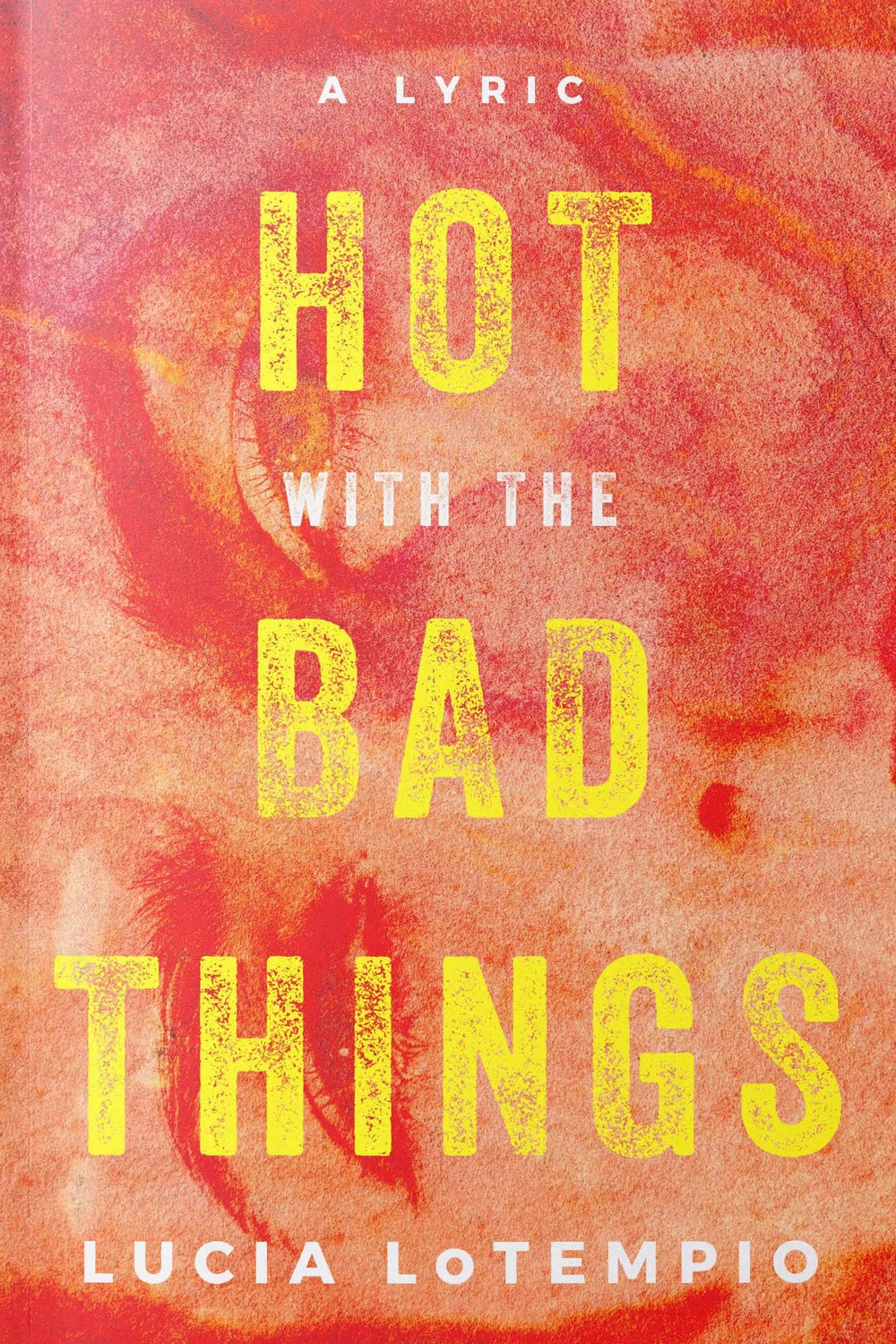 Cover art of "Hot with the Bad Things." By Courtesy of Nectar Literary
By Harper R. Oreck, Crimson Staff Writer

“My capacity for imaging a violence flexes like a membrane. Like a girl. I would / call it red,” Lucia LoTempio writes in “Hot With The Bad Things,” a lyric poem spanning 70-odd pages that explores the shockwaves of sexual and physical violence in LoTempio’s life and community.

The new book is both an expression and repudiation of LoTempio’s own “capacity for imaging violence,” as an author and a survivor of abuse. Bringing the reader into the flashback terror of her nightmares, LoTempio’s speaker moves through the world hyper-aware of possible harm, showing that her “red” imagination is a survival measure — she draws on past trauma to preempt future danger. Yet LoTempio’s speaker is not the only one with the capacity to image tragedy — a high-profile murder-suicide in her college town illustrates to LoTempio’s speaker the public’s fixation with consuming violence against women as a spectacle, preventing any substantive awareness of abuse.

From the book’s first line, LoTempio adeptly juxtaposes the reality of violence with its distortion in pop culture. The book’s first line is “The man says, ‘Alone on a bus? That’s how a horror movie starts.’ But it feels more / imaginable, tomorrow rather than a screen.” For LoTempio’s speaker, the possibility of violence remains intimate and immediate, lurking behind an unlocked door; she sleeps with a knife at arm’s reach beside her pillow. But for the leering observers (like the man on the bus) who appear throughout the book, the possibility of violence is akin to a movie plot, only distantly observed.

As LoTempio’s lyric unfolds, her thematic work becomes more and more engrossing, tangling the speaker’s past and future as she traces the imprint of trauma. Her discussion of the aforementioned murder-suicide is perhaps the most interesting aspect of the lyric, as LoTempio only ever describes the murder in vague, straightforward terms without reference to the name or life story of anyone involved. While the nonspecificity of the story (introduced as “the man murdered the girl and her new lover,” then barely elaborated on) is initially jarring and incongruous with the descriptive depth of LoTempio’s writing, it became clear that it is a deliberate attempt to avoid over-imaging a woman’s death which had already been plastered in the papers and across Facebook pages. Instead, LoTempio zeroes in on the public response — in one of the standout segments of the lyric, she breaks her usual prose-poem style to highlight the skewed societal discussion about the murder:

was killed in Geneseo When her ex

killed her When the man killed her

When / at the memorial When they don’t

mention her When iced

Through these almost dissociative fragments, LoTempio points out how society’s “memorials” to murdered women essentially erase them except to fault them for abuse, allowing the cycle of violence to continue without collective recognition of its causes.

LoTempio’s project in “Hot With The Bad Things” seems to be to counter this pattern of erasure through an intimate portrayal of the aftermath of violence. It details her speaker’s struggle to regain agency by naming her emotions and finding some outlet that will let her move past them, shaking off the burden of past experience. LoTempio weaves the speaker’s evolving efforts to find some kind of solution throughout the book, leading to some of its most resonant lines. “I’m jealous of anger,” she writes, “I want to be / ⬤ [a symbol she uses in place of her abuser’s name] when he couldn’t get the bartender’s attention. I want to throw the menu, / shout, kick things, shake a person by the soldiers, and not have the person / be me.”

Ultimately, “Hot With the Bad Things” is most impressive thematically, delivering a nuanced exploration of violence on the personal and public level that is similar to (but distinct and branching off from) Olivia Gatwood’s popular, true-crime inspired 2019 collection “Life of the Party” about fear and girlhood.

There are, however, many moments in LoTempio’s lyric where it becomes difficult to follow, dipping into overly-obscured, opaque phrases and structures (for example, a random passage on grease fires late in the book, with no mention of the fires elsewhere: “When I see a grease fire, it’s a trash fire, it’s a car engine fire, it’s on the belly of a great lake…. I know I shouldn’t be filling any cup to splash. When I say grease fire, I mean nothing else.”) These moments distract from LoTempio’s usually compelling narrative structure, as does a segment in the middle where the speaker writes letters to her younger self about a former lover (potentially her abuser, although it is unclear) with lines like “He says my love grows from a big space to an even bigger space” that drift away from the book’s focus.

Despite these moments of confusion, the lyric succeeds as a contemporary feminist work weaving together complex social and personal topics with formal creativity and ringing, beautiful phrasing. LoTempio draws the reader into engrossing conversation with the book from its first page — indeed, the finishing line of page one geniusly introduces the reader to the premise of the book, displaying LoTempio’s unique style of intimate urgency. “Listen,” she beckons, “if nothing goes to plan, imagine it as bad as possible.”

—Staff writer Harper R. Oreck can be reached at harperoreck@thecrimson.com and on Twitter @harperrayo